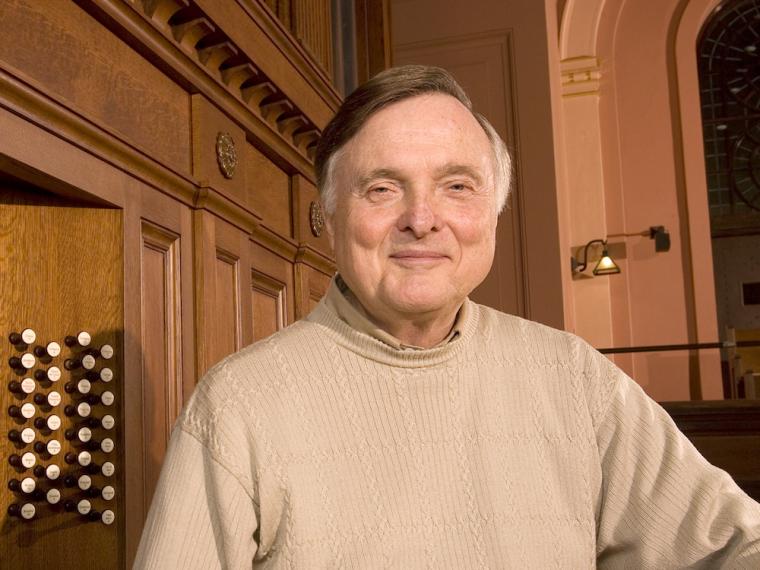 Oberlin Conservatory has announced a virtual memorial service for the late David S. Boe, Professor of Organ and former Dean of the Conservatory, who died in Chicago on April 28 from complications of COVID-19.

The event, to be live streamed from Oberlin’s Fairchild Chapel on Sunday, June 14 at 4:00 pm, will be led by the Rev. Jimmy Madsen, the retired pastor of First Lutheran Church in Lorain, where Boe served as music director and organist for over 40 years. Tributes will be given by Steven Plank, professor of musicology, and David Kazimir, curator of organs. Music by J.S. Bach, Heinrich Scheidemann, and others will be played by Jonathan Moyer, who holds the David S. Boe professorship in organ.

The two John Brombaugh organs in Fairchild Chapel were commissioned by Boe. The gallery instrument, built in 1981, is a mean-tone organ in the North German style, while a one-manual instrument in the front of the chapel was designed for the Boes’ home and donated to Oberlin in 2012.

Read more about the memorial event here in an article by Cathy Partlow Strauss. 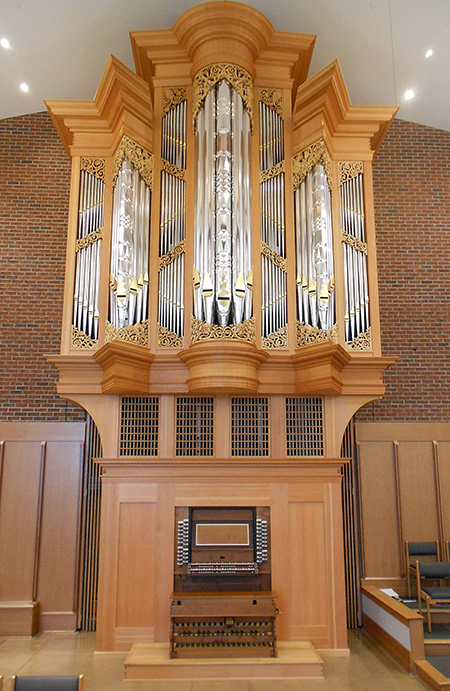 Music director Brian Wentzel said in a recent telephone conversation that working on the project of a new sanctuary and organ has been a once-in-a-lifetime opportunity. “It’s one that I never imagined I’d have. But it’s been very fulfilling, and a joy to work with Paul Fritts and his crew. I’m very pleased with the result.” END_OF_DOCUMENT_TOKEN_TO_BE_REPLACED

Jackson began the program with a recitation of Langston Hughes’ poem “Helen Keller” — the first of five poems by Hughes that served as interludes between each piece on the first half. END_OF_DOCUMENT_TOKEN_TO_BE_REPLACED

Pianos with pins and tape on strings, a bass drum and tam tam, crotales, Almglocken, and vibes. Microphones were hooked up all around the instruments. The feed was sent to speakers around the room. Lighting designer Nicholas Houfek hung incandescent globes over the arrangement of instruments from thin black wires stretching across the beams. END_OF_DOCUMENT_TOKEN_TO_BE_REPLACED

From the podium, Elim Chan set an ambitious tone for the evening. The rising star conductor, here in her Cleveland Orchestra debut, has a commanding style, and every twist and turn in Saturday’s performance tracked closely with her baton. END_OF_DOCUMENT_TOKEN_TO_BE_REPLACED