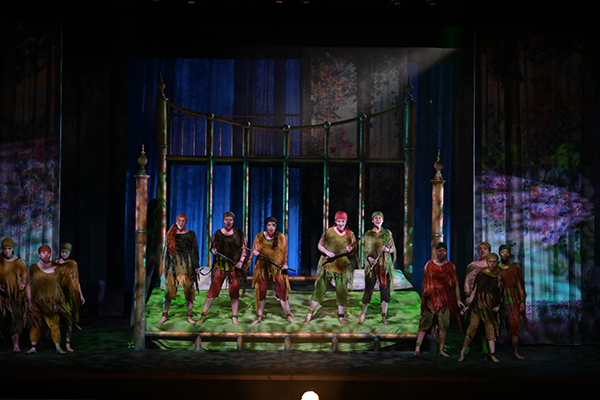 It takes supreme self-confidence to turn a Shakespeare comedy into an opera, and even more daring to follow up someone else’s iconic music with a score of your own. Benjamin Britten is one of the few composers who could succeed on both counts. His version of A Midsummer Night’s Dream, composed in 1960 and produced by Oberlin Opera Theater earlier this month, preserves the magic of Shakespeare’s verse with atmospheric writing that stands up well to Mendelssohn’s wonderful incidental music. Directed by Jonathon Field, with Christopher Larkin and the Oberlin Orchestra in the Hall Auditorium pit, the production, of which I saw the fourth and final performance on Sunday afternoon, November 10, boasted a uniformly superb cast of Athenians, Fairies, and Rude Mechanicals. END_OF_DOCUMENT_TOKEN_TO_BE_REPLACED 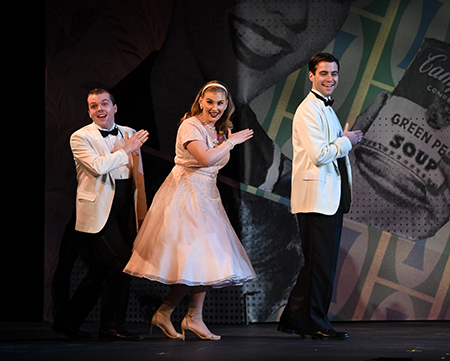 On November 7 in Hall Auditorium, Jonathon Field’s Oberlin Opera Theatre celebrated Leonard Bernstein’s centennial year with a professional-quality performance of his one-act opera, Trouble in Tahiti, and a revisiting of some of his Broadway triumphs in excerpts both brilliantly sung and crisply danced. END_OF_DOCUMENT_TOKEN_TO_BE_REPLACED

END_OF_DOCUMENT_TOKEN_TO_BE_REPLACED

What was that strange din coming over the live feed from Ludwig Recital Hall on Friday evening, July 23, as the Miami String Quartet filed onstage to play the third faculty recital of the Kent Blossom Music Festival? Accustomed as we were during the pandemic ban on live audiences to hearing the sound of no hands clapping, it was both startling and thrilling to witness a large crowd putting their hands together to welcome one of the Festival’s perennial favorites back for an in-person performance. END_OF_DOCUMENT_TOKEN_TO_BE_REPLACED

Practical reasons aside, there aren’t many ensembles who can put together an all-Mozart evening as elegantly as The Cleveland Orchestra. END_OF_DOCUMENT_TOKEN_TO_BE_REPLACED