Of the many quotable lines issued by filmmaker and musician Jim Jarmusch at the Cleveland Museum of Art last week, two stood out: “I’m a self-proclaimed dilettante, and I don’t think that’s a bad thing,” and later, “The most beautiful thing humans do — have done — is music.” Both comments, given during a post-concert interview in the Museum’s Gartner Auditorium, shed light on the performance that Jarmusch and his bandmate Carter Logan had just staged.

END_OF_DOCUMENT_TOKEN_TO_BE_REPLACED 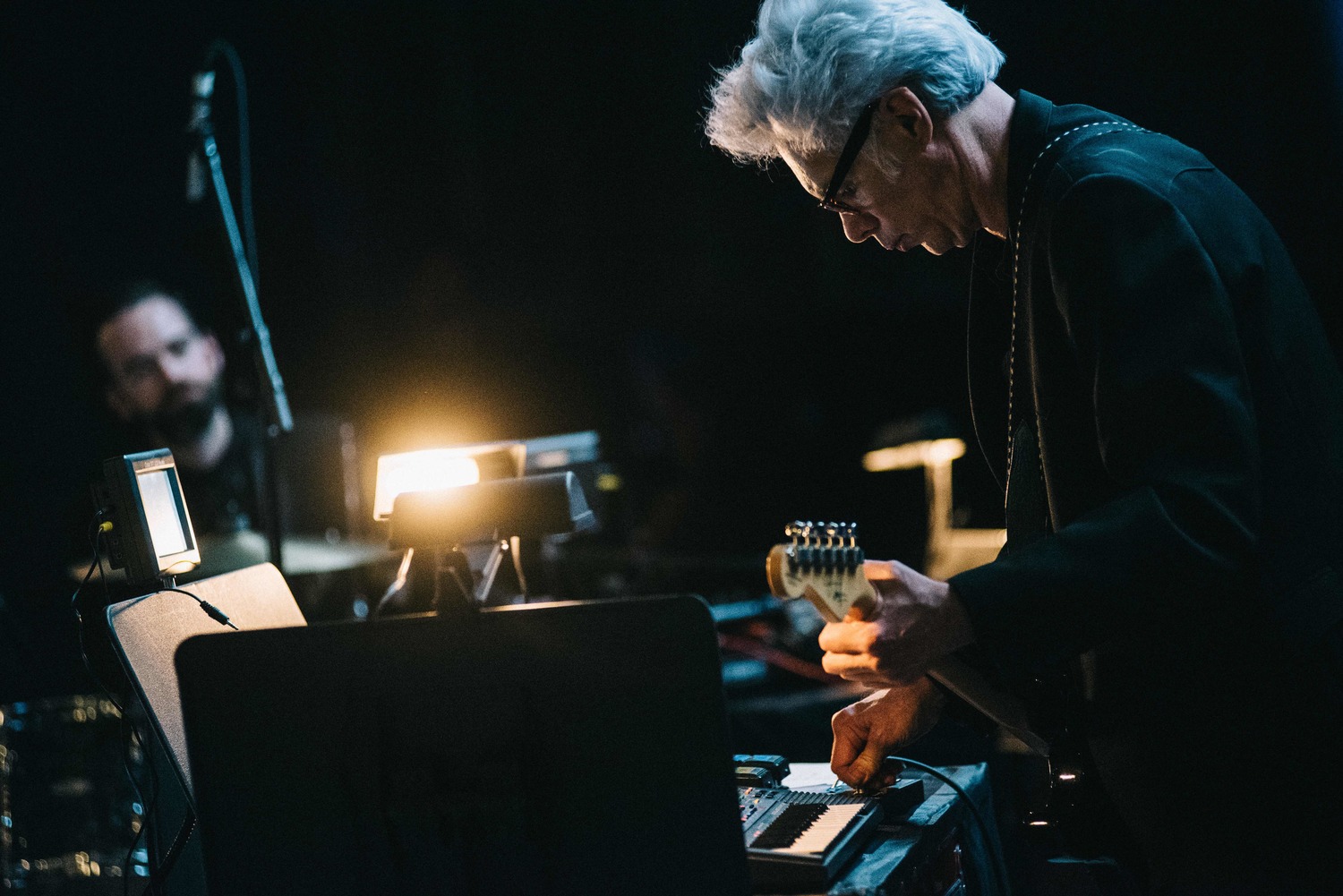 Jim Jarmusch is best-known as an independent filmmaker whose stories unfold in his own slow, strange, beautiful way. He’s also a native of Cuyahoga Falls and one of two members of the post-rock band SQÜRL, who take on film from another angle at the Cleveland Museum of Art next week.

On Wednesday, November 1 at 7:30 pm at CMA’s Gartner Auditorium, Jim Jarmusch (electric guitar and keyboard) and Carter Logan (drum kit) of SQÜRL will play their own ambient, drone-heavy, semi-improvised scores to four avant-garde silent films from the 1920s by Man Ray: L’étoile de mer, Emak bakia, Le retour à la raison, and Les mystères du château du dé (see the links to watch them on YouTube). Reto Thüring, curator of contemporary art at the museum, will host a conversation with the musicians following the performance.

END_OF_DOCUMENT_TOKEN_TO_BE_REPLACED

Rodgers & Hammerstein’s Cinderella was originally produced for television in 1957 — seven years after the animated Disney film was released — and starred Julie Andrews. According to the Rodgers & Hammerstein website, it was viewed by over 100 million people. END_OF_DOCUMENT_TOKEN_TO_BE_REPLACED

The story line has its origin in an 1855 play and an 1842 farce that Thornton Wilder mined for his 1938 play The Merchant of Yonkers. When that turned out to be a flop, in 1954 Wilder made the crucial decision to re-center the show around the character of the legendary marriage broker Dolly Gallagher Levi and renamed it The Matchmaker. END_OF_DOCUMENT_TOKEN_TO_BE_REPLACED

The Dodero Center for the Performing Arts at the Gilmore Academy in Gates Mills is one feature of an impressive campus. The auditorium is shallow, the stage is deep, and the ensemble played without a shell. Throughout the program, the sound, especially in instruments’ lower registers, tended to disappear. END_OF_DOCUMENT_TOKEN_TO_BE_REPLACED