Carl Topilow will conduct the CIM Orchestra and Miami timba band Tiempo Libre in Ricardo Lorenz’s ‘Rumba Sinfónica’ on Saturday, October 24 at 8:30 in Severance Hall as part of the CIM Women’s Committee’s annual benefit. Tiempo Libre plays a set of their own after intermission. We reached composer Ricardo Lorenz and pianist and Tiempo Libre music director Jorge Gomez by conference call to talk about the genesis of a work for symphony orchestra and Cuban band.

Daniel Hathaway: I wanted to talk a little bit about the performance next Saturday at Severance Hall. How did this project get started in the first place? 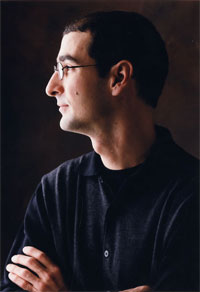 Ricardo Lorenz (left): Well, it was a cosmic meeting in of all places, Bloomington, Indiana.

Ricardo: Yes. I was teaching there for a couple of years and Jorge came to do master classes. What really caught my imagination is when I saw him doing rumba with music students. I had this idea running in my head, but it had to be put together with somebody like Jorge who brings together his classical background and his jazz and Cuban background.

END_OF_DOCUMENT_TOKEN_TO_BE_REPLACED

A new CD by Christa Rakich, who is currently Visiting Professor of Organ at the Oberlin Conservatory, gives a nod in two directions. As its title announces, it’s an homage to her former teacher and colleague, the late Yuko Hayashi, longtime professor at the New England Conservatory and curator of Boston’s Old West Church Organ Series. It’s also the first recording to be made of Richards, Fowkes & Co.’s Opus 16 instrument, built in 2008 for Goodson Chapel of the Duke Divinity School in Durham, North Carolina. END_OF_DOCUMENT_TOKEN_TO_BE_REPLACED

END_OF_DOCUMENT_TOKEN_TO_BE_REPLACED

Hailed by the New York Times as “The Best Classical Music Ensemble of 2018,” Wet Ink Ensemble has lived up to this acclaim once again with their recent release Glossolalia/Lines on Black. The album takes its name from the two extended works by Wet Ink members Alex Mincek (saxophone) and Sam Pluta (electronics). The remainder of the septet includes Eric Wubbels (piano), Erin Lesser (flutes), Ian Antonio (percussion), Josh Modney (violin), and Kate Soper (voice). END_OF_DOCUMENT_TOKEN_TO_BE_REPLACED

Croatian-born pianist Martina Filjak, now living in Berlin, has released her latest album, Light and Darkness, featuring music by Franz Liszt — plus an epilogue by Arvo Pärt. The disc confirms once again all the special technical and interpretive qualities that won her the gold medal at the Cleveland International Piano Competition in 2009. END_OF_DOCUMENT_TOKEN_TO_BE_REPLACED