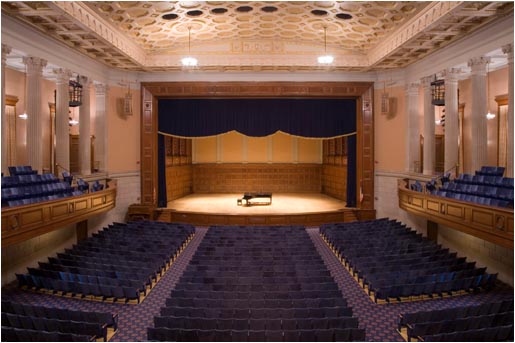 Stambaugh has launched an organ series to celebrate the restoration of its distinguished 58-rank organ, which is divided behind the proscenium on both sides of the stage and speaks with a fine presence through grillwork into the hall. Canadian-born organist Ken Cowan, who now teaches at Rice University in Houston, played an eclectic program of Wagner, J.S. Bach, John Ireland, Rachel Laurin, Healey Willan, Saint-Saëns and Sowerby on Sunday afternoon, April 7 which brilliantly showed off the Skinner’s many capabilities. END_OF_DOCUMENT_TOKEN_TO_BE_REPLACED