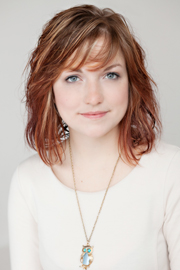 Composers of centuries past and present have sought various avenues to maintain the particular brew of their craft. Whether these roads have guided their careers towards writing music befitting of the demands of a patron with two-thousand francs to spare, or for a pharmaceutical company, like Pfizer — the producers of that jagged little pill, Advil — composers have always needed to meet the bidding of a greater power in order to survive in the music industry.

For twenty-first century composers, however, does this mean sacrificing the aestheticism of beauty in art for the demands of the almighty dollar? Nowadays, it’s inevitable to avoid commercial venues — i.e. film, TV, radio, etc. — as a way towards meeting a financially stable career in composition. In some respects, many classical music elitists would find this route clichéd and unworthy of high art. So, one ultimate question comes to mind: is music composed in the style of the commercial route considered to be “sold out”?

How classical music is viewed today is much different than it was in centuries past. Music never reached the possibility of being categorized as “sold-out”. END_OF_DOCUMENT_TOKEN_TO_BE_REPLACED

With this work, premiered in 1907, Sibelius offered a bold departure from the explosive emotionalism so prevalent in late-Romantic era music. This symphony was a renewed embrace of Classicism’s purity of form and melody, and one that, oddly enough, left many initial audiences of the day somewhat bewildered. END_OF_DOCUMENT_TOKEN_TO_BE_REPLACED

After eating a Po’boy from The Dawg Bowl Cajun food truck, I caught the first half of Brian Culbertson’s show in The Connor Palace Theatre. END_OF_DOCUMENT_TOKEN_TO_BE_REPLACED