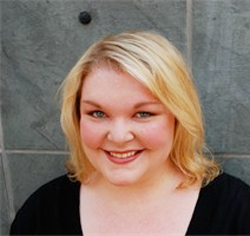 The first volume of children’s tales published by the Brothers Grimm in 1812 includes some of today’s most beloved stories such as Cinderella, Snow White, Rapunzel and Rumpelstiltskin. Also included in that volume is the tale of Hansel and Gretel, two children who cleverly outwit a witch. This week, Englebert Humperdinck’s adaptation of the Brothers Grimm fairy tale returns to the Hall Auditorium stage in Oberlin in four performances by Oberlin Opera Theatre, Raphael Jimenez conductor. The production also marks the return of rising opera star Karen Jesse (left) who is reviving her role as the witch.

The opera was last staged at Oberlin in 2003. Oberlin Opera theatre director Jonathon Field says this production is very different from the traditional approach to the opera that he took in the past. “As I was working on it during the spring I became disenchanted with the way I had done it before, so I took my score and erased all of my staging. I also began to look at the characters and tried to figure out some of the motivations — like what it was that led Hansel and Gretel to survive the witch when all of the other kids hadn’t.” However it is Field’s character motivations that prompted him to include a disclaimer in the opera’s publicity materials — Please note: Portions may not be suitable for patrons younger than 12.

Field points out that Hansel and Gretel come from a family that is very poor and often goes hungry. END_OF_DOCUMENT_TOKEN_TO_BE_REPLACED 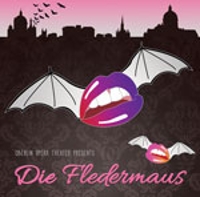 Strauss’s classical comedy with libretto by Carl Haffner and Richard Genee is filled with infidelity, mixed romantic messages, bored-to-tears tears royalty, and manipulation. And who doesn’t like a Strauss waltz? “I’ve done Fledermaus so many times and it’s kind of nice to have an opera that is rooted in music that people absolutely love,” says Oberlin Opera Theater director Jonathon Field. “The interesting thing is, the waltz used to be considered decadent, so a challenge has been to try to figure out how to put the sexy back into the waltz and still keep it kind of period.” END_OF_DOCUMENT_TOKEN_TO_BE_REPLACED

END_OF_DOCUMENT_TOKEN_TO_BE_REPLACED

Rodgers & Hammerstein’s Cinderella was originally produced for television in 1957 — seven years after the animated Disney film was released — and starred Julie Andrews. According to the Rodgers & Hammerstein website, it was viewed by over 100 million people. END_OF_DOCUMENT_TOKEN_TO_BE_REPLACED

The story line has its origin in an 1855 play and an 1842 farce that Thornton Wilder mined for his 1938 play The Merchant of Yonkers. When that turned out to be a flop, in 1954 Wilder made the crucial decision to re-center the show around the character of the legendary marriage broker Dolly Gallagher Levi and renamed it The Matchmaker. END_OF_DOCUMENT_TOKEN_TO_BE_REPLACED

The Dodero Center for the Performing Arts at the Gilmore Academy in Gates Mills is one feature of an impressive campus. The auditorium is shallow, the stage is deep, and the ensemble played without a shell. Throughout the program, the sound, especially in instruments’ lower registers, tended to disappear. END_OF_DOCUMENT_TOKEN_TO_BE_REPLACED