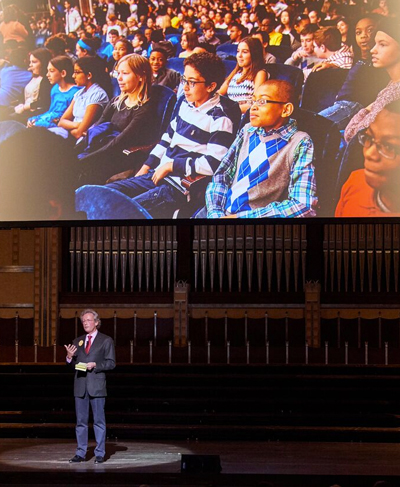 Every so often, the first seconds of a concert bring neither anxiety over how the rest will go nor twitchy overstimulation, neither boredom nor ecstasy, but a satisfying assurance. Some performances click right away, the musicians’ technique unimpeachable, their artistry and expression powerful, their manner warm but professional. Such concerts hold attention in a special way — the chances of a misstep negligible enough that listening never involves comparison to an abstract standard. In the Phaeton Trio’s recent tour de force in Rocky River, the initial gestures of the performance set a high standard that held throughout. END_OF_DOCUMENT_TOKEN_TO_BE_REPLACED

Musicians love a good metaphor: take, for instance, that of summiting a mountain. When a violinist speaks this way after playing all of Bach’s partitas, or a soprano recalls preparations for a Wagner opera, the image of the artist mounting some hostile peak offers implications of persistence, struggle, and of course triumph. Pianists might describe Beethoven’s sonatas this way. But how many have actually played at the top of a mountain? Archival video confirms that French pianist Pierre Réach literalized this image of the soloist at the summit over twenty years ago. A recent concert in Cleveland confirmed that the figurative Everest of Beethoven’s piano music still bears his banner as well. END_OF_DOCUMENT_TOKEN_TO_BE_REPLACED

The Cleveland Orchestra — or at least half of it — marked Valentine’s Day with a straight-through, 50-minute concert led by Belgian early music guru Philippe Herreweghe. The February 14 performance, marketed as a romantic evening of orchestral classics, played to a packed house (marketing works!). END_OF_DOCUMENT_TOKEN_TO_BE_REPLACED

Music is said to be a universal language, but it does speak with different accents. When you’re playing music by Jean Sibelius, it’s helpful to have a Finnish conductor on the podium, which is what made Susanna Mälkki’s pair of Cleveland Orchestra concerts so lucid and communicative earlier this month. END_OF_DOCUMENT_TOKEN_TO_BE_REPLACED