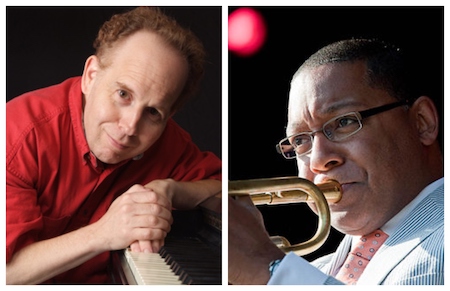 At 7 pm, pianist Daniel Shapiro finishes off his complete Beethoven Sonata cycle with Nos. 30-32 in a live stream from the Cleveland Institute of Music. (Read Daniel Hathaway’s recent conversation with Shapiro here.)

At 8, the University of Akron’s Kulas Concert Series presents the Jazz at Lincoln Center Orchestra Septet in a September 2020 performance that includes Wynton Marsalis’s The Democracy! Suite. You can also join a preview conversation with Marsalis at 7:00.

Also at 8:00, catch “Best of ChamberFest Cleveland” on WCLV Ovations, including music by Zelenka, Weinberg, Puts, Mendelssohn, and Mozart.

The second episode of the Akron Symphony’s podcast series Deep River: The Legacy of the Spirituals focuses on influential performers of the spirituals as they were first becoming known to the general public. Jonathon Turner, Brenda Justice, and co-hosts Christopher Wilkins and Thomas Moore will discuss Burleigh’s influence on Dvořák, and the episode’s several musical excerpts will include Marian Anderson in Gospel Train (arr. Burleigh) from her historic performance at the Lincoln Center Memorial on Easter Sunday 1939. Listen here.

And inspired by their Orchestrating Change podcast series, the Canton Symphony has established the Orchestrating Change Leadership Program, which will take place from June 1 to August 12. Selected students will analyze the podcast series, and will be tasked to create new programs, initiatives, educational projects, and other relevant content to promote diversity and equity in the Canton Symphony and in the field of classical music. Participants will also attend lectures and Q&A sessions with podcast guests and other industry professionals, and will present their final projects in front of the CSO Board.

Qualified candidates are college students ranging from those who will enter school this fall to those who will be graduating this spring. Click here for more info and to receive a nomination form.

Robert Casadesus is often remembered for his interpretations of Mozart, and for his partnerships with George Szell. Someone even more famous with whom he collaborated — or more accurately, with whom he performed in a friendly setting? Albert Einstein, who was his neighbor in Princeton, NJ, during World War II.

Einstein had a deep love of the violin, particularly Mozart’s violin sonatas. According to a blog entry by his great grandson Paul Einstein, among Albert’s favorites was the Sonata No. 21 in e. Too bad we can’t find a Casadesus recording of that one, but here’s something else beautiful and melodic that perhaps the pianist would have shared with the physicist: the Adagio of the E-flat-major Sonata, K. 481, which he recorded here with violinist Zino Francescatti.

Ravi Shankar is most famous for igniting a passion in the West for classical Indian music. “If I’ve accomplished anything in these past 30 years,” he told The New York Times in 1985, “it’s that I have been able to open the door to our music in the West. I enjoy seeing other Indian musicians — old and young — coming to Europe and America and having some success. I’m happy to have contributed to that.”

He also acknowledged the cultural challenges that came along with that, noting that in the next generation, interest in India was being fueled in part by Western films and television shows. “What we have to do now is convey to them an awareness of the richness and diversity of our culture.”

A similar contrast of emotions can be seen in his rise to pop culture celebrity. According to his December 2012 obituary written by Allan Kozinn in The Times, “At first Mr. Shankar reveled in the attention…and he performed for huge audiences at the Monterey International Pop Festival in 1967 and at Woodstock in 1969….[But he] came to regard his participation in rock festivals as a mistake, saying he deplored the use of his music, with its roots in an ancient spiritual tradition, as a backdrop for drug use.” He was also displeased about his music being treated as a fad, “something that is very common in Western countries,” he said.

Here are two different ways (out of many) to revisit or delve into Shankar’s music. First, his 1990 album Passages, co-composed with Philip Glass — a compelling mixture of Hindustani classical music and minimalism. Second, moving more in the traditional direction, a live performance in London with one of his favorite collaborators, Alla Rakha on tabla. 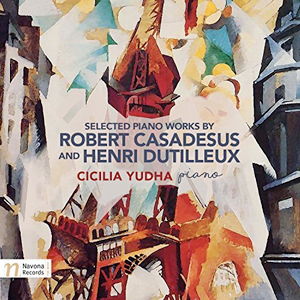 In addition to being the founder of one of the premiere piano competitions in the world — the predecessor of the Cleveland International Piano Competition — Robert Casadesus was one of the finest pianists of the 20th century, as well as a prolific composer. In December of 2016, Indonesian-born pianist and Youngstown State University piano professor Cicilia Yudha released an album of selected works for piano by Casadesus and his contemporary Henri Dutilleux. END_OF_DOCUMENT_TOKEN_TO_BE_REPLACED

The cimbalom was the feature of the show, an instrument capable of taking on many personas. Its performer, Chester Englander, has shaped his career around the instrument, and has inspired composers to write more repertoire for it, some of which was presented on the program. END_OF_DOCUMENT_TOKEN_TO_BE_REPLACED

You wouldn’t expect that acoustic from a glance at the nave, which is wide and long, but not especially lofty. But when I guest conducted a local amateur choir and professional orchestra in Beethoven’s Mass in C there a few years back, during the first rehearsal we released the final chord of the “Gloria” and listened in astonishment for the next several seconds. The sound continued to roll down the space like the big wave that surfers dream about. END_OF_DOCUMENT_TOKEN_TO_BE_REPLACED