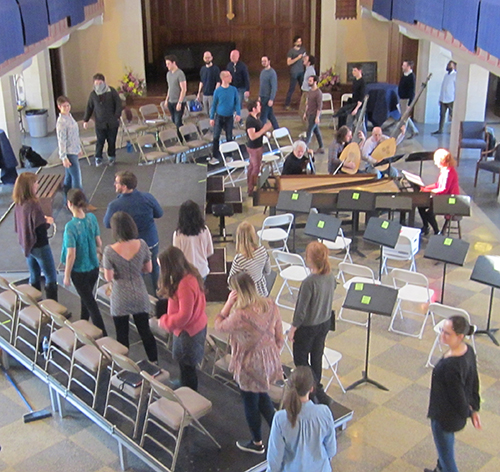 Apollo’s Fire will produce three semi-staged performances of Monteverdi’s L’Orfeo in the next week: two in Kulas Hall at the Cleveland Institute of Music on Friday and Saturday, April 13 and 14 at 7:30 pm, and one at St. Raphael Church in Bay Village on Wednesday, April 18 at 7:30 pm. END_OF_DOCUMENT_TOKEN_TO_BE_REPLACED

END_OF_DOCUMENT_TOKEN_TO_BE_REPLACED

The strings-only work by Berg has made relatively frequent appearances on the Orchestra’s programs. In 2021, the musicians recorded it for the In Focus series, and it appeared again on last year’s European tour. Friday’s rendition maintained the group’s characteristic light and effortless playing, each section blending as much as possible to echo the work’s original form as a string quartet. At fifteen minutes total, the piece is quite short, but the dense encoded musical meanings require some extra-attentive listening. Splitting up the three movements ensured that each one could be appreciated on its own. END_OF_DOCUMENT_TOKEN_TO_BE_REPLACED