It might seem that there’s not a lot left to discover after three decades of experience with the Red Priest’s charming and evocative score, but this performance boasted a secret weapon: the young Spanish violinist Francisco Fullana, now the Orchestra’s artist-in-residence, whose affecting personality and easy virtuosity raised the solo part a quantum leap above the merely extraordinary. END_OF_DOCUMENT_TOKEN_TO_BE_REPLACED

The latest program, which visits the ghetto and palace at Mantua and the ghetto and church at Venice, uses expressive instrumental music by Salamone Rossi, Giuseppe Sammartini, Antonio Vivaldi, and Alessandro Marcello, two of Benedetto Marcello’s 50 psalm settings, and Hebrew prayers and songs associated with Passover and Purim to evoke the rich cultural life of those towns. END_OF_DOCUMENT_TOKEN_TO_BE_REPLACED 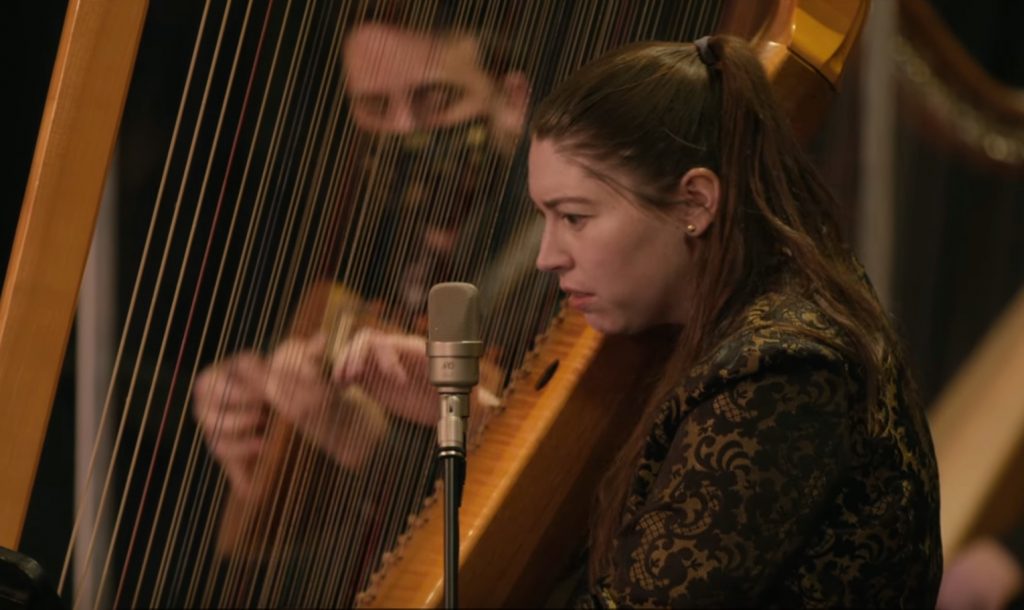 Apollo’s Fire moves so seamlessly from Baroque art music to folk tunes in programs like this one that Purcell and Playford sound like natural bedfellows, and Irish traditional music loses none of its allure when historically informed musicians take it on. END_OF_DOCUMENT_TOKEN_TO_BE_REPLACED

END_OF_DOCUMENT_TOKEN_TO_BE_REPLACED

Jerusalem, sacred city of Judaism, Christianity, and Islam. The location of horrific violence and oppression for over two millennia. But yet a magical city in which Jews, Christians, and Muslims have lived and interacted with each other in harmony. It was the latter aspect of Jerusalem that Jeannette Sorrell and Apollo’s Fire highlighted in their sensational program “O Jerusalem! Crossroads of Three Faiths.” I heard the performance on Wednesday, March 11 at the Cleveland Museum of Art. Gartner Auditorium was well filled, and it now turns out that Apollo’s Fire gave the last major performance at the Museum for an unknown period of time, due to precautions around COVID-19. END_OF_DOCUMENT_TOKEN_TO_BE_REPLACED

Cleveland’s Baroque Orchestra celebrated the Valentine’s Day weekend with four performances of “L’Amore: An Old Italian Valentine.” I heard the second concert on the evening of Valentine’s Day itself at St. Paul’s Episcopal Church in Cleveland Heights. Apollo’s Fire conductor and harpsichordist Jeannette Sorrell greeted the audience with the adage, “Italian is the language of music, of the angels, and of love.” END_OF_DOCUMENT_TOKEN_TO_BE_REPLACED 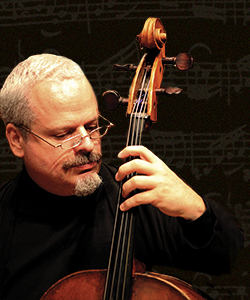 Johann Sebastian Bach wrote his six solo cello suites between 1717 and 1723, when he was employed as Kapellmeister by the Duke of Anhalt-Köthen, but it was only much later that these works became widely known and hailed for their profundity.

Credit Pablo Casals, who bought a second-hand score of the pieces in Barcelona in 1890 at the age of 13, and worked on them for a dozen years before daring to play them in public. He preserved his performances between 1936 and 1939 in a recording that the Library of Congress chose earlier this year for inclusion in the National Recording Registry.

Performances of the six suites have become something of an Everest for cellists. The Cleveland Orchestra’s Dane Johansen hiked the 600-mile Camino de Santiago in 2014, recording the suites in 36 churches along the pilgrimage route. More conventionally but no less impressively, Yo-Yo Ma played all six in one evening at Blossom in August of 2018.

Now, Apollo’s Fire principal cello René Schiffer has decided to take the suites on, but in a different format and from a special point of view. He’ll perform and record them two at a time beginning this weekend. END_OF_DOCUMENT_TOKEN_TO_BE_REPLACED 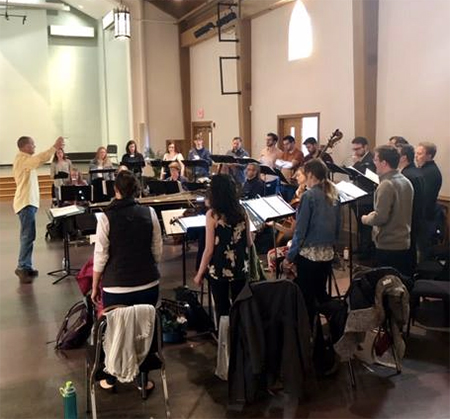 The Baldwin Wallace Bach Festival concert on the afternoon of April 12 carried the title “Suites and Motets.” Fynette Kulas Music Hall, a former church worship space repurposed as a concert venue, was set up with the audience surrounding the orchestra and choir on three sides. Cellist René Schiffer, who performed three movements from Bach’s unaccompanied cello suites as “ear cleansers” between the motets, sat on what is normally the room’s stage platform. END_OF_DOCUMENT_TOKEN_TO_BE_REPLACED

“The Stokowski arrangement ties into what I think is so cool about this year’s Festival,” Garner said. “It shows the many faces of Bach in the 21st century. END_OF_DOCUMENT_TOKEN_TO_BE_REPLACED

Despite the lurid title of last weekend’s Apollo’s Fire concerts — Three Duels and a Funeral — no blood was shed onstage at St. Paul’s Church in Cleveland Heights on Friday evening, March 8. The entertaining program concocted by director Jeannette Sorrell was a set of concertos by Johann Sebastian Bach and Antonio Vivaldi, plus a humorous solo cantata by Georg Philipp Telemann eulogizing a talented, but murdered, canary. Each of the works had its own imaginative character. END_OF_DOCUMENT_TOKEN_TO_BE_REPLACED