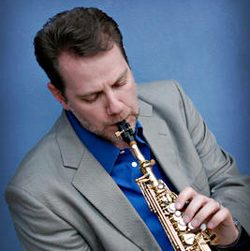 CityMusic Cleveland presented the first concert in its current five-program set on Wednesday, October 15 to a good-sized crowd at Lakewood Presbyterian Church. Under the direction of music director Avner Dorman, the chamber orchestra played symphonies by Mozart and Haydn and gave the Cleveland premiere of Dorman’s Saxophone Concerto with Timothy McAllister as soloist. END_OF_DOCUMENT_TOKEN_TO_BE_REPLACED 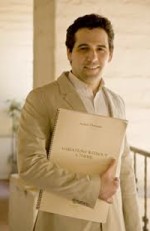 “The saxophone is a very versatile instrument. It’s powerful, it’s expressive, and very close to the human voice. Still, it’s not an instrument we’re used to hearing in concert halls,” composer and CityMusic artistic director Avner Dorman said during a telephone conversation. On Wednesday, October 15 at 7:30 in Lakewood Congregational Church, Dorman will conduct the Cleveland premiere of his Saxophone Concerto featuring Timothy McAllister as soloist. The concert, the first of five performances in different venues around Cleveland through October 19, will also include works by Mozart, Haydn and Dvořák. See our Concert Listings page for times and locations. END_OF_DOCUMENT_TOKEN_TO_BE_REPLACED

CityMusic Cleveland will present four programs during 2014-2015 in multiple venues around metropolitan Cleveland, three of them conducted by the chamber orchestra’s artistic director and composer Avner Dorman, one by CWRU’s Peter Bennett.

Dorman will be featured as a composer in concerts from October 15 through October 19, when his Saxophone Concerto will be played by Timothy McAllister in performances in Lakewood, Cleveland, Willoughby Hills and University Heights, along with Mozart’s Symphony No. 35 (“Haffner”) and Haydn’s Symphony No. 45 (“Farewell”).

The late Argentine composer Ariel Ramírez’s Misa Criolla (1964) will be at the center of the second series of concerts. Incorporating South American folk instruments, the piece will be sung by the choir of Sagrada Familia Church on Cleveland’s west side in performances in Cleveland, Cleveland Heights, Willoughby Hills and Lakewood from December 3-7 conducted by Peter Bennett. END_OF_DOCUMENT_TOKEN_TO_BE_REPLACED

Over the past few years, Brian Giebler has visited Northeast Ohio in settings both orchestral and choral, and with repertoire as diverse as Stravinsky, Bach, and the local premiere of a new work. In his impressive solo recording debut a lad’s love, released on Bridge Records, the New York City-based tenor turns his focus to British songs from the first half of the 20th century — a mix of cycles and individual works — and tops off the playlist with a touch of the modern. END_OF_DOCUMENT_TOKEN_TO_BE_REPLACED

To steal a phrase from the third-century Greek philosopher Sextus Empiricus, the mills of the gods grind slowly, but they grind exceedingly fine. The same goes for Deutsche Grammophon. It’s been a dozen years since they were recorded in Hamburg in 2009, but the German company has now issued fifteen Rachmaninoff piano pieces magnificently and poetically played by Sergei Babayan. END_OF_DOCUMENT_TOKEN_TO_BE_REPLACED

END_OF_DOCUMENT_TOKEN_TO_BE_REPLACED

After considering all its options, Cleveland’s period ensemble Les Délices decided to fully embrace the idea of creating pre-recorded “shows” in the place of live, in-person performances this season. END_OF_DOCUMENT_TOKEN_TO_BE_REPLACED

END_OF_DOCUMENT_TOKEN_TO_BE_REPLACED

For those who crave coherence in a concert, consistent instrumentation can help. For those who want a sense of progression, starting with shorter or older pieces and moving toward more extended or contemporary works makes for a sound strategy. Those who value both would love the sort of program that Idaho’s Sun Valley Music Festival assembled for its recent program Strings and Mallets on Tuesday, August 4. Although produced under the Sun Valley banner, the performances were recorded remotely in several locations. END_OF_DOCUMENT_TOKEN_TO_BE_REPLACED