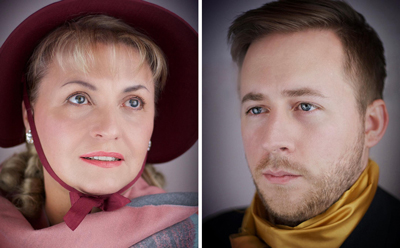 By starting with Dichterliebe, the focus became the longings of a love-smitten young man, followed by a young woman’s infatuation in Frauenliebe und –leben, leading to mature love, motherhood, and finally, disillusionment.

Tenor Brian Skoog did an excellent job as the poet, especially in the excited third song, The Rose, The Lily, where the young man’s anxious delight in comparing his love to beautiful flowers causes him to shoot through the song almost breathlessly. His diction was clear and Jacek Sobieski’s tastefully busy accompaniment supported his headlong rush. 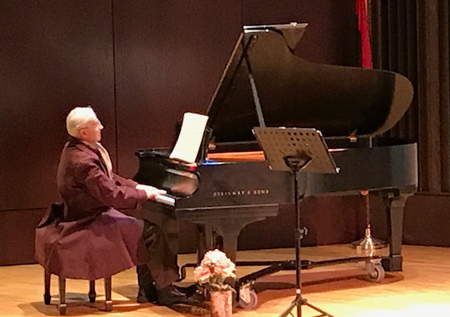 Song 5, I Will Bathe My Soul, carried the flower imagery further. The protagonist says that he wants to plunge his soul into the lily’s chalice. Skoog’s timbre was enchanting as Sobieski unfurled the lovely harmonies.

In Song 6, In the Rhine, the Holy River, the two performers depicted the river’s august momentum with forte dynamics. The piano’s line anticipated the tenor’s to create a majestic canon, one of the great moments in the set.

The cycle, one of the greatest in all romantic music, shone throughout, as the performers sparkled through fairy tale metaphors and images of love longing, dreams, frustrated unrequited love, and music ringing falsely to a jilted lover. Skoog moved gracefully around the stage to maintain visual interest. 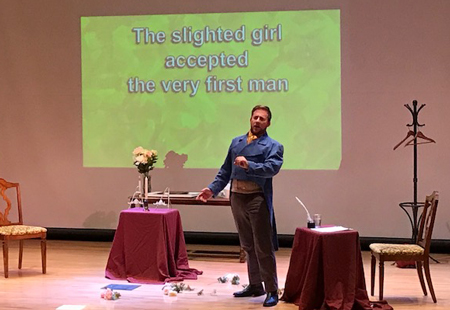 Soprano Dorota Sobieska was stunning in Frauenliebe und –leben’s song 2, He, the Noblest of All, as she and Sobieski built to a huge crescendo while describing her future lover’s great attributes. Again in Song 4, Ring on My Finger, the two performers produced powerful crescendos depicting the woman’s, deep selfless love after a ring appears as symbol of commitment.

The staging supported Song 7’s expression of maternal love. Sobieska transformed her man’s long scarf into swaddling clothes for their baby as she sang of love that only a mother could know.

In the last song, Now for the First Time You have Hurt Me, the performers depicted the wife’s anger in the face of her spouse’s inattention and thoughtlessness with fine balance and expressive phrasing. 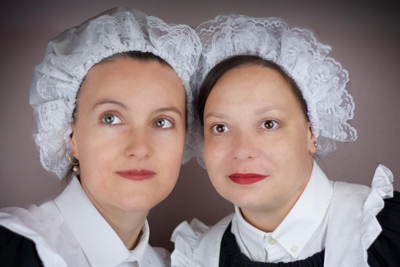 The servants put up the couple’s pictures as the brooding postlude first left the audience in a dark, sad mood and thereafter, cheering during a standing ovation.