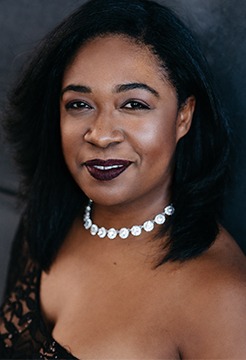 The name Florence Price had barely come up in school. So in 2016, when pianist Michelle Cann was asked to play that composer’s Concerto in One Movement with the New York City-based orchestra The Dream Unfinished, she hesitated.

“I’d never heard of the piece, and I hardly knew her,” Cann said during a recent telephone conversation. “I thought, I’m not going to just agree to this — I need to see the music.” She remembers when the orchestra sent it to her like it was yesterday. “I sight-read through it, called my friend, and said, ‘This piece is amazing.’ I was like, wait a second — how is it so good, and no one’s ever played it, at least recently?”

After giving the New York premiere five years ago with Dream Unfinished, and debuting it with The Philadelphia Orchestra earlier this year, Cann will play Price’s Concerto in One Movement with The Cleveland Orchestra and conductor Brett Mitchell on Saturday and Sunday, July 3-4 at 8:00 pm at Blossom Music Center.

The program, “An American Celebration,” also includes works by Bernstein, Watkins, Hailstork, Copland, Tchaikovsky, and Sousa, and will open the Orchestra’s Blossom season. Tickets and more information are available here.

Premiered in 1934 by the Chicago Symphony with Price herself as soloist, the Concerto has since charted a complicated path. The score was long believed to be lost, and in 2011, on a commission from the Center for Black Music Research, composer Trevor Weston reconstructed its orchestration from the surviving manuscripts, which included a two-piano version.

Only in the past few years did the original score turn up at an auction, meaning that Cann’s 2021 performance with Philadelphia was the first in North America since at least 1953, if not the mid-‘30s, to use Price’s orchestration. The Cleveland Orchestra will perform that same version when it hosts Cann, who is a graduate of both the Cleveland and Curtis Institutes of Music, and who now teaches at Curtis.

The biggest difference of orchestration arrives in the second of the Concerto’s three sections, where Price slims the texture down to a duet between piano and oboe. “That freed me in a big way,” Cann said. “I already loved that section of the piece, but now it becomes chamber music in that moment. When a significant part of a concerto is chamber music, I think that’s really special.” 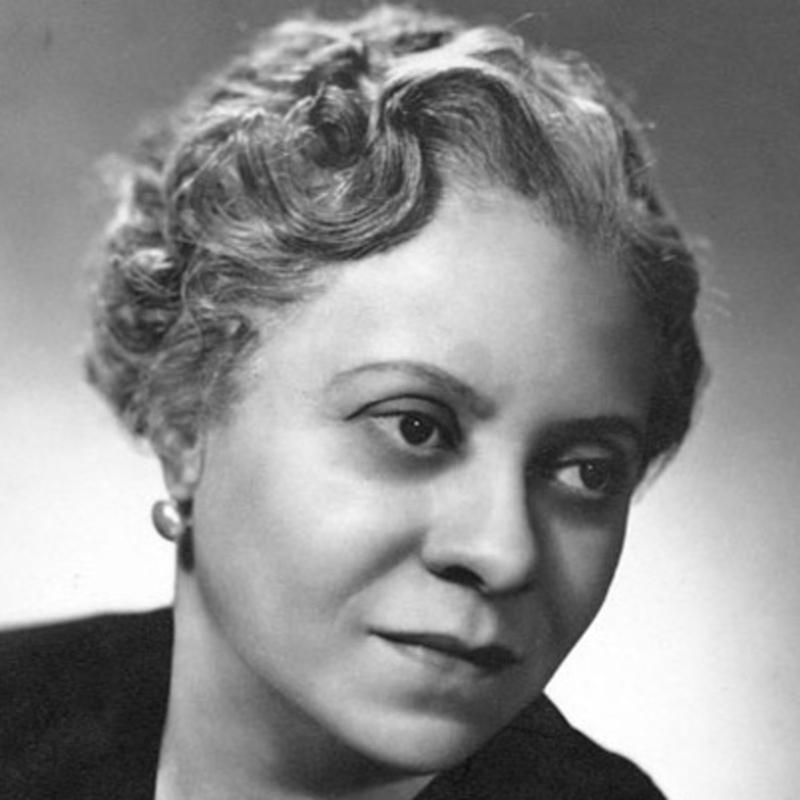 To understand Cann’s relationship to this piece, and to the music of Price (left), it’s important to go back to that 2016 performance with The Dream Unfinished. The title of the program was “Sing Her Name,” an allusion to #SayHerName, a movement which aims to raise awareness of police brutality against Black women. “So the first time I’m really finding out about Florence Price, I’m playing at this event,” Cann said. “I think that fueled me.”

She saw a connection between the lack of media coverage about Black women killed by police, and Price’s struggle to be recognized as a composer — in both cases, Black female voices going unheard. A new mindset took hold. “I felt responsible — and I still do — to use whatever platform I have to try and get orchestras to program this piece.”

During the recording with Philadelphia this year for their Digital Stage series, Cann stood up in front of the Orchestra before their last run-through and thanked them. “I told them how Florence Price begged conductors of big orchestras, including Philadelphia, to play her music,” the pianist recounted. “They wouldn’t.”

Cann was emotional as she addressed the players. “I thought, my goodness, I wish she could be here. She should be in the audience, or be the pianist onstage — she should be experiencing The Philadelphia Orchestra playing her music. But she can’t. So for me, it takes on a new meaning. I feel like I was meant to find this music and bring it to some of these orchestras that refused to play it when she asked them.

“And I don’t have any specific beliefs about this, but if you’re one to think that you watch over everything after you die, then you can imagine that she’s watching from above, as people like to say, and can be happy that everyone’s falling in love with her now.”

Performances of the Concerto with orchestras like Philadelphia and Cleveland certainly help bring more attention to Florence Price. But there’s another important side of the equation.

Directing a message to orchestras themselves, Cann said, “You’re doing yourself and your audiences a favor, because her music speaks for itself.”

END_OF_DOCUMENT_TOKEN_TO_BE_REPLACED

Rodgers & Hammerstein’s Cinderella was originally produced for television in 1957 — seven years after the animated Disney film was released — and starred Julie Andrews. According to the Rodgers & Hammerstein website, it was viewed by over 100 million people. END_OF_DOCUMENT_TOKEN_TO_BE_REPLACED

The story line has its origin in an 1855 play and an 1842 farce that Thornton Wilder mined for his 1938 play The Merchant of Yonkers. When that turned out to be a flop, in 1954 Wilder made the crucial decision to re-center the show around the character of the legendary marriage broker Dolly Gallagher Levi and renamed it The Matchmaker. END_OF_DOCUMENT_TOKEN_TO_BE_REPLACED

The Dodero Center for the Performing Arts at the Gilmore Academy in Gates Mills is one feature of an impressive campus. The auditorium is shallow, the stage is deep, and the ensemble played without a shell. Throughout the program, the sound, especially in instruments’ lower registers, tended to disappear. END_OF_DOCUMENT_TOKEN_TO_BE_REPLACED