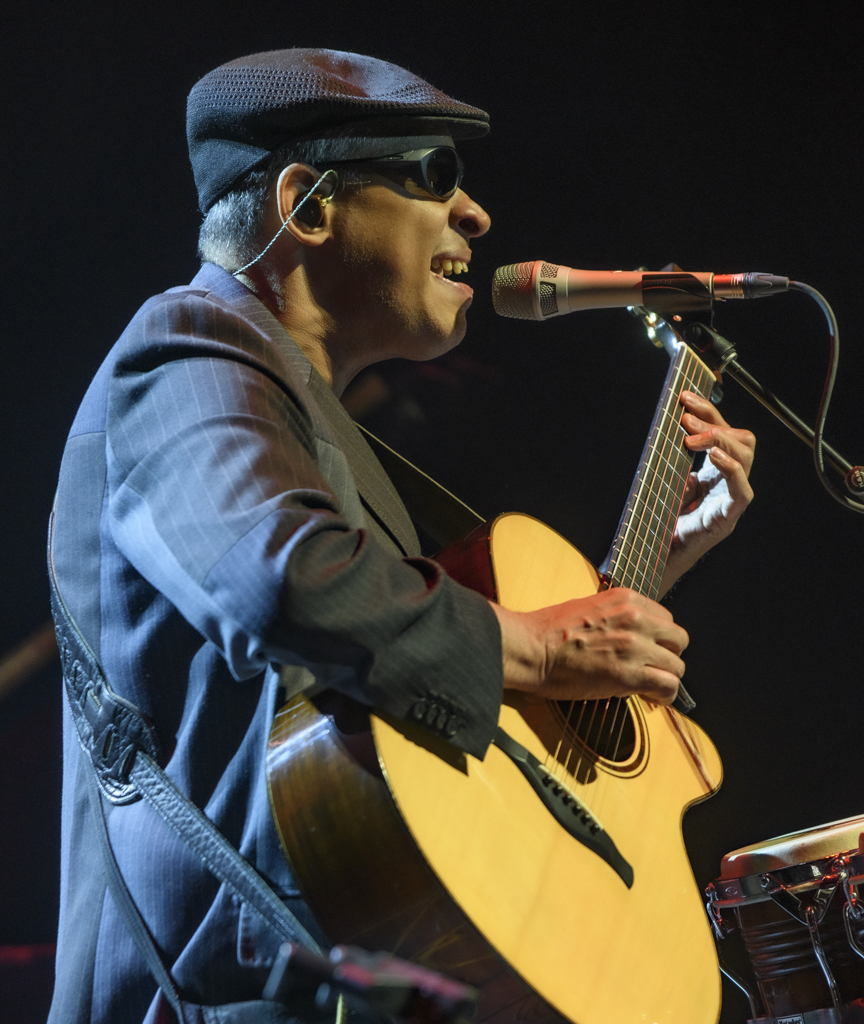 Tri-C JazzFest went out with a bang this year. The stages at Playhouse Square got bigger and busier with each act on the schedule for Saturday, June 25. Steady momentum was the theme all around, not least for the Festival itself, which this summer returned to full size, following a detour online in 2020 and the move to a smaller venue, Cain Park, in 2021.

Yet nothing quite compares to taking over Cleveland’s theater district for the weekend. Back on home turf, the 43rd annual Festival again drew a crowd to the free outdoor stage at the intersection of Euclid and E. 14th Street. Inside, the headlining performers more than filled the house sonically, though this had little to do with the number of musicians playing.

Raul Midón (above) was the perfect example, playing solo for his set in the Allen Theatre. Midón elicits a seemingly infinite variety of sounds from just a handful of instruments, starting with acoustic guitar, the basis of this one-man band. He lays a Latin foundation with his percussive use of the strings, though he’s given to ruminative, lyrical flights on the instrument, too. His complete range of stylings shone through in a couple of guitar-only pieces Saturday, as the program took an intimate turn in its second half.

But more often, Midón was adding his vocals to the mix. His singing borrows as much from jazz as from R&B, and those influences came to the fore with numbers like Cold Cuts and Coffee, a soulful original in the style of a Songbook standard, and Waited All My Life, a love song filled with passionate riffs and flips into falsetto. Those aren’t his only vocal tricks: Midón can scat as well, and he also showed off his “mouth trumpet” skills, a studied imitation that’s become something of a signature.

That counts as one of the instruments in Midón’s repertoire, along with piano and bongos, the latter mounted on a stand close by. As many as three “members of the band” could be going at once in a big tune like Sunshine (I Can Fly), which had Midón on guitar with his left hand, on drums with his right, and vocalizing in English, Spanish, and trumpet over it all. 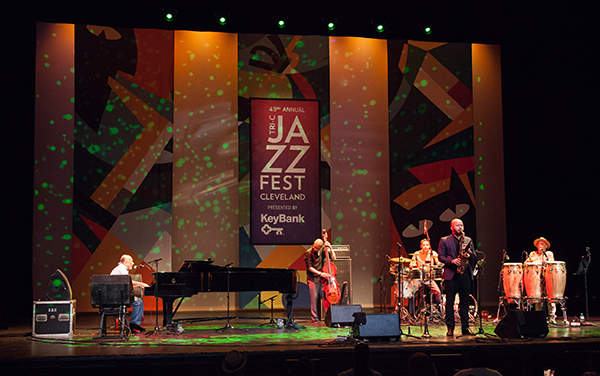 The ensemble duties were divided up for the next show. In the Mimi Ohio Theatre, Eddie Palmieri (above) commanded a Latin jazz sextet where each player knew his place and could collaborate at the highest level as a result. An arrangement of the bandleader’s classic salsa number “Azúcar” gave almost everyone a solo, and percussionists Luis Quintero and Vicente Rivero proved to be equally adept improvisers to the front line of trumpeter Jonathan Powell and alto saxophonist Louis Fouche.

At the piano, the 85-year-old Palmieri showed that authority comes from experience, not flashy gestures. His solos were pared down to the essentials and at times could have been mistaken for classical compositions, unfolding with a measured logic similar to Bach’s keyboard inventions. Palmieri’s playing suggests there’s shared mastery in the wraparound from one genre to the next.

The Festival’s closing performances in the Connor Palace likewise celebrated legends. Pianist Kenny Werner brought his tribute to harmonica player Toots Thielemans to the stage, joined by today’s leading innovator on that delicate instrument, Grégoire Maret. Werner (below) opted for a soft, synthesizer string sound on a handful of songs — most memorably What a Wonderful World — the better to complement Maret’s ethereal playing. 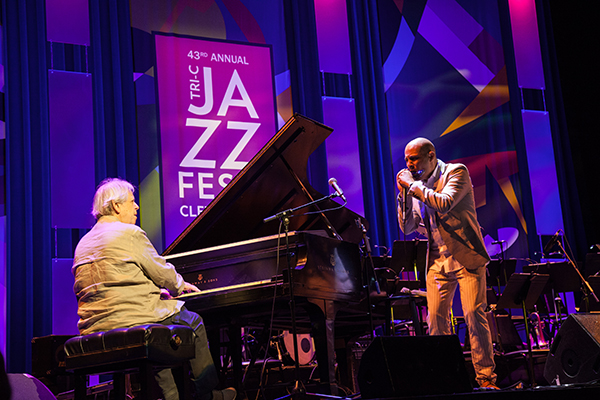 That was only the opener to the bigger, brassier main act, which called for a full jazz orchestra onstage. John Clayton led the Tri-C JazzFest All-Star Big Band (below), part visiting artists and part local musicians, in standards with a slight Cleveland connection. As conductor, Clayton sometimes beat a pattern and sometimes stood off to the side, grooving along to his own arrangements of numbers like Horace Silver’s The Jody Grind and Sonny Stitt’s The Eternal Triangle. 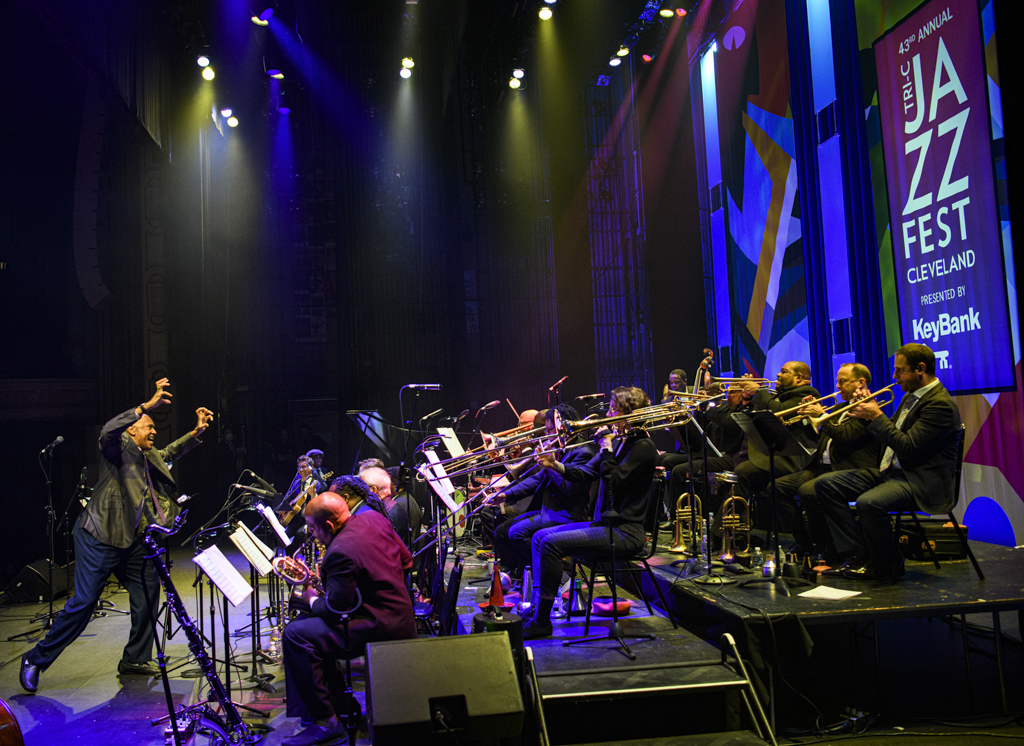 That all led to guitarist and vocalist John Pizzarelli (below), who stepped out with the band for a set of Frank Sinatra classics — “Witchcraft,” “I’ve Got You Under My Skin,” and more — taken from his 2006 album, Dear Mr. Sinatra. But here was the rare moment of the weekend where the soloist was overpowered by the accompaniment — Pizzarelli sounded his best when things were back to simple. A final tune, You’ve Got to Be Carefully Taught, just called for singing, guitar, and Clayton on upright bass. 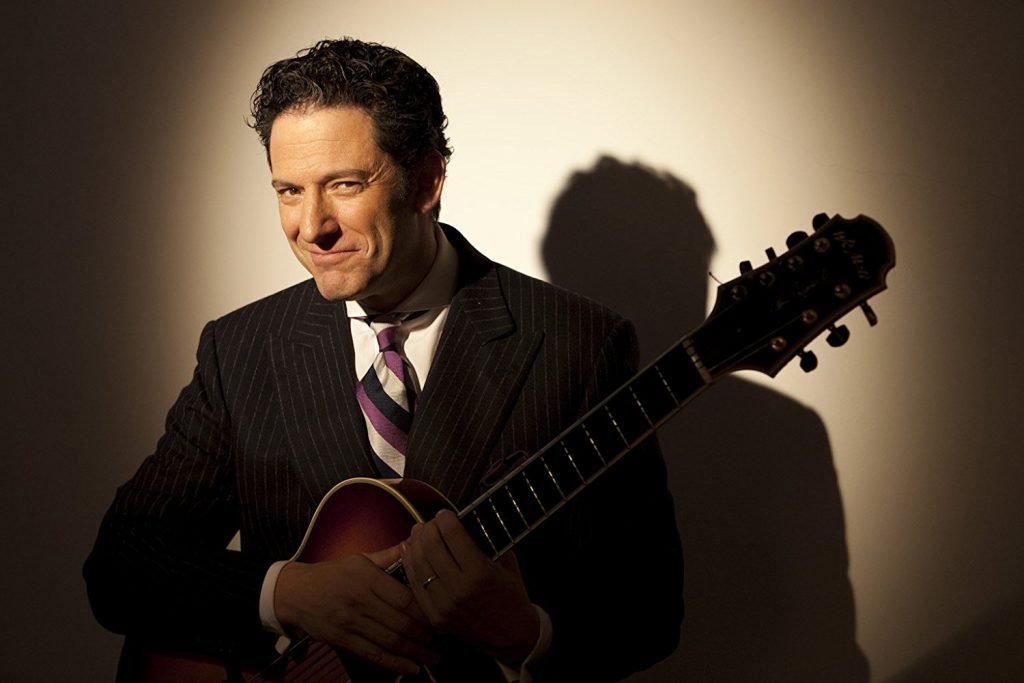 Franz Schmidt’s Symphony No. 4 showcased the ensemble, under guest conductor Jonathan Berman, in the standard conventions of a not-so-standard piece. But at the start of the program, the musicians were equal partners to pianist Cédric Tiberghien, whose playing could be as bold as the full orchestra or as intimate as any instrumental solo. END_OF_DOCUMENT_TOKEN_TO_BE_REPLACED

END_OF_DOCUMENT_TOKEN_TO_BE_REPLACED

Jackson began the program with a recitation of Langston Hughes’ poem “Helen Keller” — the first of five poems by Hughes that served as interludes between each piece on the first half. END_OF_DOCUMENT_TOKEN_TO_BE_REPLACED

Pianos with pins and tape on strings, a bass drum and tam tam, crotales, Almglocken, and vibes. Microphones were hooked up all around the instruments. The feed was sent to speakers around the room. Lighting designer Nicholas Houfek hung incandescent globes over the arrangement of instruments from thin black wires stretching across the beams. END_OF_DOCUMENT_TOKEN_TO_BE_REPLACED

From the podium, Elim Chan set an ambitious tone for the evening. The rising star conductor, here in her Cleveland Orchestra debut, has a commanding style, and every twist and turn in Saturday’s performance tracked closely with her baton. END_OF_DOCUMENT_TOKEN_TO_BE_REPLACED