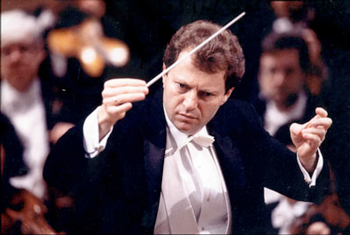 String players sometimes say that instruments can “remember their past” — that one can tell the quality of the previous owner by listening to the violin’s tone. Played for years by a mediocre player, the violin settles into mediocrity; played by the best, the violin becomes the best. The violins played in last week’s community concert at Severance Hall have a long and heavy past. Now, restored to life, they seem to remember the tragedy and the hope of the Holocaust, a memory that can remind us of the worst and the best in human life.

Owned by Jewish musicians in Warsaw, Vienna, and Vilnius, the instruments featured in this extraordinary concert were once part of the great cultural life of Jews across Europe, used to play music from Mozart to Klezmer. But in the Holocaust, their owners, along with millions of others, were exterminated in ghettos and concentration camps. In a few instances, the instruments came to the camps, sometimes played for the inmates alone, in other ghastly cases by inmates for the pleasure of officers and the distraction of new arrivals at the camps.

Most of these musical instruments were abandoned, lost, or destroyed. But a precious few of the violins of this terrible diaspora were — against all odds — collected, restored, and brought to new life by Tel Aviv luthier Amnon Weinstein, and have now traveled to Cleveland as part of the collaborative “Violins of Hope” project.

Before a packed house in Severance Hall, the excellent Cleveland Institute of Music student orchestra, conducted by Yoel Levi, featured 26 of these Violins of Hope. Perhaps they did not sound as brilliant as a Stradivarius or as warm as an Amati, but for these survivors to sound at all was itself a stunning message of memory and hope.

The intricate, sad stories of some of the instruments were featured in the concert program and in the eloquent narration of host Rabbi Roger Klein of Cleveland’s Temple-Tifereth Israel.

One could hardly imagine a more fitting context for Samuel Barber’s profoundly meditative Adagio for Strings, written just as the European persecutions were beginning, though it sounded in this performance a little darker and perhaps a little rougher than we are used to with the elegant instruments of today’s orchestras.

In an arrangement of the Jewish high holiday melody Avinu Malkeinu, Askin performed on a violin with a complex and moving history: played originally by Warsaw businessman Shimon Krongold, it was brought by his brother to Jerusalem after Krongold’s death in the Holocaust, where it eventually found its way to Amnon Weinstein, the restorer of the Violins of Hope. Weinstein, opening the violin to begin restoration, found on its label that it had been made by the teacher of Amnon’s own father! The violin clearly had a great deal to remember, particularly when played by Askin, who has been closely associated with the effort to bring these memories to the public attention.

British cellist Raphael Wallfisch — also active in the Violins of Hope project — played Max Bruch’s haunting Kol Nidrei on a cello that had found a home away from the camps in the pre-Israel days of the Palestine Orchestra.

The accomplished young Cleveland violinist Caroline Goulding closed the first half of the program with a dazzling performance of Pablo de Sarasate’s Zigeunerweisen (“Gypsy Songs”), played in memory of the many Roma (Gypsies) who died in the Holocaust. After intermission, she returned to play Beethoven’s lyrical second Romance for Violin and Orchestra. What a return of hope for a violin that had been forced to witness, and even participate in, the ghastly rituals of Auschwitz.

The concert ended with the two final movements from Gustav Mahler’s Fifth Symphony — the famous Adagietto with its tender and timeless clarity, and the heroic and rambunctious finale. The CIM orchestra played this expansive and demanding piece with tremendous verve and skill.

Throughout the evening, music and narration were equally important. Especially powerful was a reading by Rabbi Klein from Elie Wiesel’s great Holocaust memoir, Night, accompanied by Caroline Goulding playing Beethoven. Amnon Weinstein himself also spoke warmly and profoundly about the work of bringing these instruments back to life.

Many of the violins are currently on display at the Maltz Museum of Jewish Heritage. Future concerts featuring the Violins of Hope will include the Cavani String Quartet and other CIM faculty and guest artists. Details can be found here or in our concert listings.

The project itself is a collaborative venture involving Case Western Reserve University, the Cleveland Institute of Music, The Cleveland Orchestra, Facing History and Ourselves, Ideastream, the Jewish Federation of Cleveland, and the Maltz Museum of Jewish Heritage.

END_OF_DOCUMENT_TOKEN_TO_BE_REPLACED

Supported by engagingly, yet simple staging by Cara Consilvio, a well-prepared cast of singers told the archetypal story of Cinderella with charm and flair. Framing the production was  a sparse but colorful set and wonderful lighting by Dave Brooks. END_OF_DOCUMENT_TOKEN_TO_BE_REPLACED