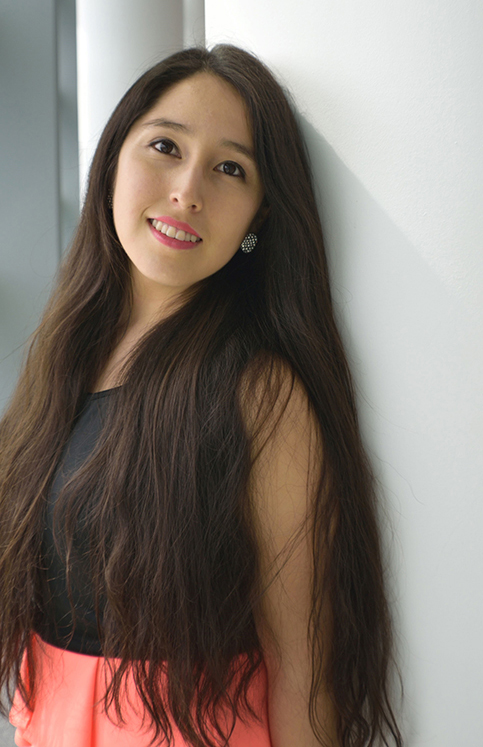 26-year-old pianist Priscila Navarro will sail into Round One, Session 5 of Piano Cleveland’s online competition on Monday, August 3 under two national flags: Peru and Canada.

“I have dual citizenship,” she said in a Skype conversation from Florida. “My father worked in Canada for many, many years and became a citizen — but I was born and raised in Huanaco, Peru, about nine hours northeast of Lima, in between the mountains and the Amazon. I moved to Lima when I was nine to study at the conservatory, which is where I really got to know classical music.”

“I was getting ready for the Liszt International Competition — I had prepared a program that I played 19 times. I was almost on my way to the airport when they called me to say the competition was cancelled because of the virus.”

Navarro had lived in Miami for almost five years, but because of the pandemic, she moved out quickly. “It’s very chaotic, and I didn’t have any family there.” She went to stay with close friends on the Gulf Coast and finished up her semester at the University online — she’s working on an advanced degree.

“That in itself was surprisingly difficult, because most of my assignments are research related,” she said. “While a lot of things are online, not everything a musician needs is available there. The library was closed, and ordering books was delayed.”

Then Navarro experienced some health issues during the quarantine — happily not related to COVID-19, but impacted wisdom teeth and strep throat aren’t the most pleasant companions during a lockdown. “In spite of that, I was able to learn a lot of new repertoire, including the Brahms Handel Variations and the first two books of Albéniz’ Iberia, she said.” She played both pieces in an online recital at the end of June, and they also figure in her playlists for the Virtu(al)oso competition, which she recorded at the Steinway Gallery of Cleveland. 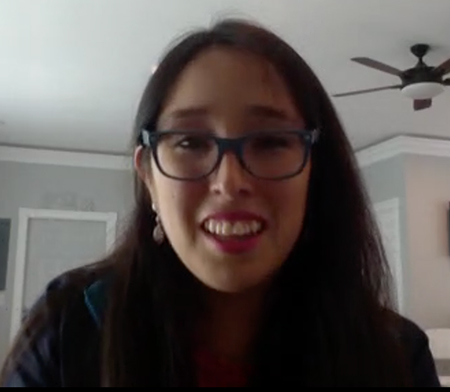 What considerations went into her choices of repertoire? “I play a lot of Bach,” she said. “He’s by far my favorite composer, so I always feel that I have to include something by him. His music shows many things to the jury, but I feel that my particular perspective about Bach is unique. The wonderful thing about competitions is that you get to hear a great variety of musicians.”

Navarro will begin with the Fantasy and Fugue in A Minor, BWV 904. “It’s short, but very emotionally involved, and the fugue is a double fugue — quite complicated. Then I wanted to play a combination of pieces I just learned and pieces I’ve been playing for a while.”

The pianist will indulge her love for Spanish music with her selections from Iberia. “I’ve played a lot of shorter pieces, but I’ve always wanted to play more Albéniz. I chose “Triana” because it’s probably the most well-known, and “Evocatión” because it’s a huge contrast — a little bit impressionistic, a little bit Romantic, but you can tell immediately that it’s Albéniz.”

Hopefully, Navarro will advance to the second round so we’ll get to hear her play a Haydn sonata (“a perfect example of sturm und drang”), and the Handel Variations. Although she’s played a lot of Brahms’ chamber music and has worked on the concertos, this is the first big solo work by the composer that she had taken on — thanks largely to the sudden free time she had to spend during quarantine.

Her second round program  concludes with two of Earl Wild’s Seven Virtuoso Etudes. “I always like to end with something that puts the audience in a joyful mood, and “The Man I Love” and “I’ve Got Rhythm” make a good finish to any program.”

Asked about her interests outside of the piano, Navarro said, “I run every day, and read, but I don’t have any really big hobby.” She is involved in organizing concerts in Peru that connect different provinces through performances outside of Lima.

And in response to my question to all the pianists I’m interviewing, Navarro said her choices for three scintillating dinner party guests would include two pianists she’s always wanted to meet — Dinu Lupatti and Jorge Bolet — and Bach, whose personality she finds hard to put together from the available evidence.

And her favorite dishes to put on the table? “I love all food, but when I go to Peru I go for my family and the food,” she said. “I would start with ceviche — fish cooked in lemon  juice — and then serve Aji de Galina, chicken in a special sauce with Peruvian pepper. My mom makes the best one.

Their fourth subscription concert, Games and Grounds, which premiered on February 18 and will be available through March 1, finds the members of Les Délices in top form and, if anything, more communicative with their audience than ever before, thanks to the digital magic of Erica Brenner and her audio/visual production team that includes Elaine Martone, Andrew Tripp, and Mathias Reed. END_OF_DOCUMENT_TOKEN_TO_BE_REPLACED

Banks carried four different saxophones with him to the audience-less West Shore Unitarian Universalist Church, along with two classic pieces he had transcribed and three powerful new works — one of them his own. He explained at the start that the new pieces would be receiving “workshop performances” as he prepares them for his Young Concert Artists (YCA) debut recital at New York’s Merkin Hall on March 10, when he will again be joined by Bjerken. END_OF_DOCUMENT_TOKEN_TO_BE_REPLACED

Episode 5 is subtitled “Musical Patterns,” a nod to the fact that three of the four works are examples of “minimalism,” or maybe more precisely, “repetitive music.” END_OF_DOCUMENT_TOKEN_TO_BE_REPLACED