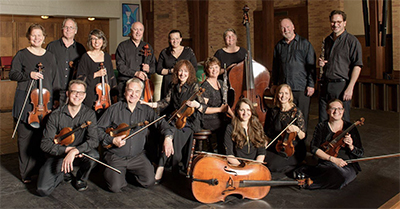 Akron Baroque’s season finale this weekend takes its inspiration from the natural world.

“For the Love of Nature,” to be presented at Faith Lutheran Church in Fairlawn on Sunday, June 2 at 4:00 pm, will feature a European mix of Spanish, British, Italian, German and French works, in addition to the premiere of a new piece by the Orchestra’s founder, Amy Barlowe. Admission is free.

Her The Peace of Wild Things, based on a poem by Wendell Berry, will be sung by soprano Susan Wallin. “Berry is an environmentalist and a farmer who lives in the Midwest,” Barlowe said in a telephone conversation. “He’s a very interesting person and philosopher, and I thought the text was particularly timely in view of all the environmental conflicts we have today. I think it was Einstein who said ‘Look to Nature for the answers.’ In this time of craziness and chaos, I feel that nature and music are intertwined — they have the ability to restore body and soul. I thought this little piece might touch people in some way.”

Barlowe, a Juilliard-trained violinist who grew up with a team of nature illustrators, started composing after her father passed away. She said that the piece runs only about three and a half minutes — probably shorter than her verbal notes on Sunday — and her use of word painting and harpsichord in the chamber orchestration link it to the Baroque. The premiere is sponsored by The Wilderness Center in Wilmot, Ohio. 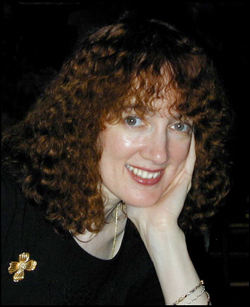 The program includes some familiar works — “Spring” from Vivaldi’s The Four Seasons with Alan Bodman as violin soloist, J.S. Bach’s Third Brandenburg Concerto with a second-movement cadenza Barlowe wrote for Bodman a few years ago, and Handel’s Organ Concerto “The Cuckoo and the Nightingale” featuring Robert Mollard.

Less familiar except to Baroque aficionados will be Rameau’s Concert en sextuor No. 6, which begins with a movement imitating the pecking of a hen. More obscure is a work by Vincente Martin y Soler (1754-1806), the “Sereno Raggio” from his opera L’Arbore di Diana, which will also feature Wallin as soloist. Soler was famous in his time for composing opera buffa — he was known as “the Valencian Mozart” — and one of his melodies is quoted in the dining scene of Don Giovanni.

“The Soler is a charming early classical piece à la Mozart, influenced by nature,” Barlowe said, “and Sue has always wanted to sing it. One of our violinists, David Kemper, graciously stepped in and orchestrated it because we couldn’t find a chamber orchestra version in print.”

Published on ClevelandClassical.com May 31, 2019.

Jackson began the program with a recitation of Langston Hughes’ poem “Helen Keller” — the first of five poems by Hughes that served as interludes between each piece on the first half. END_OF_DOCUMENT_TOKEN_TO_BE_REPLACED

Pianos with pins and tape on strings, a bass drum and tam tam, crotales, Almglocken, and vibes. Microphones were hooked up all around the instruments. The feed was sent to speakers around the room. Lighting designer Nicholas Houfek hung incandescent globes over the arrangement of instruments from thin black wires stretching across the beams. END_OF_DOCUMENT_TOKEN_TO_BE_REPLACED

From the podium, Elim Chan set an ambitious tone for the evening. The rising star conductor, here in her Cleveland Orchestra debut, has a commanding style, and every twist and turn in Saturday’s performance tracked closely with her baton. END_OF_DOCUMENT_TOKEN_TO_BE_REPLACED