Apollo’s Fire’s Countryside Concerts usually draw on folk music that has travelled from the Old World to the New, but this year’s program delved deeper into musical emigration. Three Clevelanders were joined by three members of Europe’s The Early Folk Band in an engaging concert of ballads that have both been frozen in place by literary collectors and constantly altered through the oral tradition in the British Isles and North America. Like some members of Apollo’s Fire, the musicians of The Early Folk Band play pre-1800s music on period instruments but also have a parallel interest in folk music, and seek to bridge the gap between two genres that already have much in common. On Sunday afternoon, June 9 in Avon Lake Church of Christ, “Far Beyond the Sea” successfully combined those two ensembles and streams, layering ethnomusicology with entertainment. 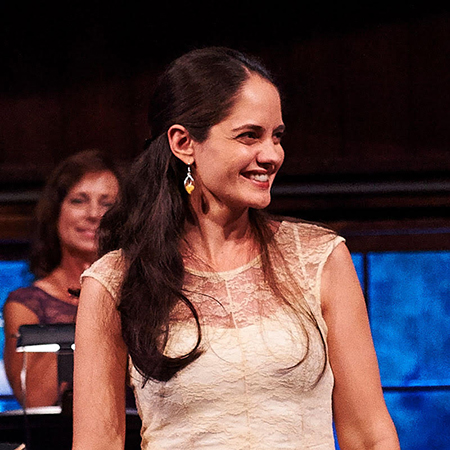 The afternoon began with I Have a Young Sister Far Beyond the Sea, which established the ethos of the program. Its text dates from the late Medieval Sloane Manuscript (ca. 1430), but the melody was collected in America in the 20th century. It belongs to the same riddle song genre as I gave my love a cherry (without any stone), and shares its tune with some German nursery rhymes.

Although early collectors of ballads were only interested in the texts, making it necessary to do some sleuthing to put tunes back with words that were often transmitted on printed broadsides at fairs and markets, Bänfer’s arrangement of I Have a Young Sister was based on a version sung by one Helen Hobart of Ohio, collected in 1930.

An Outlandish Knight, which the company staged very humorously — they’re equally fine actors as musicians — put a text published in Northumbria in 1882 together with a melody collected in Maine in 1907.

Some ballads were preserved in theatrical works, like The Willow Song quoted in Shakespeare’s Othello, performed on Sunday in an arrangement by Jeannette Sorrell based on Elizabethan manuscript sources. 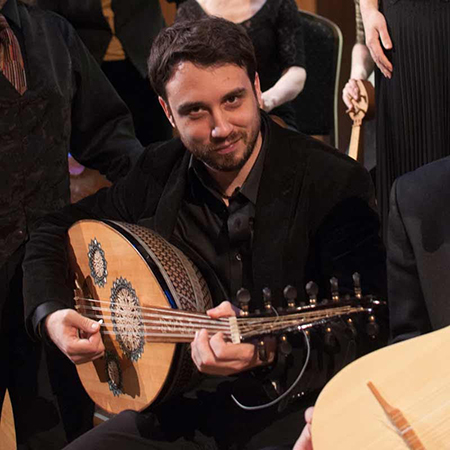 In the second half of the program, the actor-musicians turned to ancient stories about Robin Hood and King Arthur, as well as a ballad inspired by historical events. Robin Hood and Little John, the tale of how those two characters met on a narrow bridge, was hilariously enacted by Harrison and Player.

The Four Marys told the sad tale of the ravishing of Mary Queen of Scots by the King and her abandonment of her baby at sea after failing to end her pregnancy with leaves from the juniper tree.

Outrageously acted out by Player and Harrison, The Marriage of Sir Gawain stretched the boundaries of modern political correctness with its characterization of women, but the ballad of King Arthur’s Death — in a battle accidentally launched by a knight who drew his sword to kill a snake — was tragic and poignant. 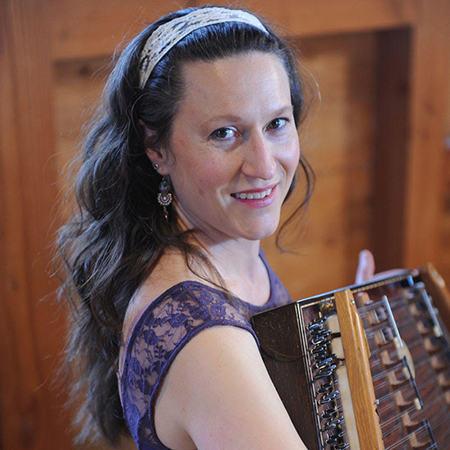 That “Far Beyond the Sea” only reached its final version during rehearsals in Cleveland was obvious from all the extra ballad texts in the printed program. If that was a bit confusing for the audience, it attested to the wealth of material the combined ensemble had to draw from. It would have been fun to be a fly on the wall while the show was being put together. The results were fresh and spontaneous, the music-making and text declamation splendid. Let’s hope these two groups find a way to conjoin their talents again in the future.

END_OF_DOCUMENT_TOKEN_TO_BE_REPLACED

Rodgers & Hammerstein’s Cinderella was originally produced for television in 1957 — seven years after the animated Disney film was released — and starred Julie Andrews. According to the Rodgers & Hammerstein website, it was viewed by over 100 million people. END_OF_DOCUMENT_TOKEN_TO_BE_REPLACED

The story line has its origin in an 1855 play and an 1842 farce that Thornton Wilder mined for his 1938 play The Merchant of Yonkers. When that turned out to be a flop, in 1954 Wilder made the crucial decision to re-center the show around the character of the legendary marriage broker Dolly Gallagher Levi and renamed it The Matchmaker. END_OF_DOCUMENT_TOKEN_TO_BE_REPLACED

The Dodero Center for the Performing Arts at the Gilmore Academy in Gates Mills is one feature of an impressive campus. The auditorium is shallow, the stage is deep, and the ensemble played without a shell. Throughout the program, the sound, especially in instruments’ lower registers, tended to disappear. END_OF_DOCUMENT_TOKEN_TO_BE_REPLACED