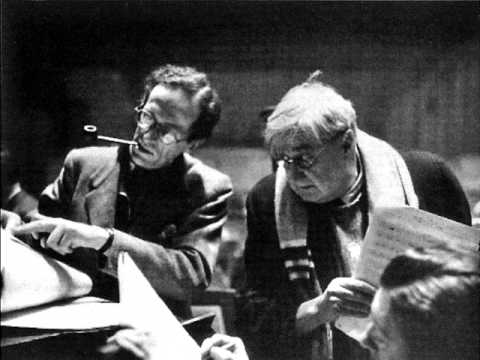 A few pre-concert events to note: local environmentalist groups will give presentations in the lobby, and at 7:00 pm Christopher Wilkins will deliver a “Preview from the Podium.”

Nature takes many forms, of course, from fascinating to beautiful to destructive — and sometimes just inconvenient. It was that aspect that had most recently confronted Wilkins: he picked up the phone at home in Boston a few days after another heavy snowfall this month.

“The blizzard is gone,” Wilkins said. “We got about a foot and a half where I live, and it’s been pretty disruptive this March. The first two storms, I lost power. But all is well.” 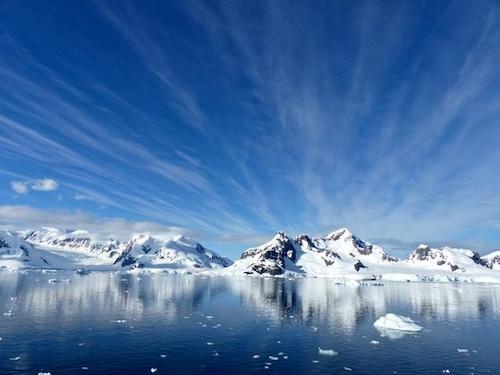 Slightly more frigid conditions characterized an ill-fated 1910s expedition to the South Pole, the basis for the 1948 film Scott of the Antarctic — scored by one Ralph Vaughan Williams. A year later he began incorporating that music into what would become Sinfonia antartica. “If you watch the film, you can certainly hear snippets,” Wilkins observed, “and the opening credits include a good chunk of the first movement.”

The work’s origins paved the way for this program’s combination of music and film. “On a classical concert, I usually hesitate to devise something visual which isn’t in keeping with what the composer intended,” Wilkins said. “In this case, the film is so sensitively choreographed to the music, and Vaughan Williams absolutely had film and images of Antarctica in mind. While he was writing the music for Scott of the Antarctic, he was thinking about how he could shape it into a symphony. That was always his intention. And of course he called it Sinfonia antartica, so he didn’t in any way try to distance himself from the sonic images of the expedition that he created for the film.”

This marks the ASO’s first performance of a Vaughan Williams symphony in Wilkins’ nearly twelve years as music director. “It’s a majestic piece,” he said. “I think the film opens a window into the human drama of the music, without trying to do something false with it.” 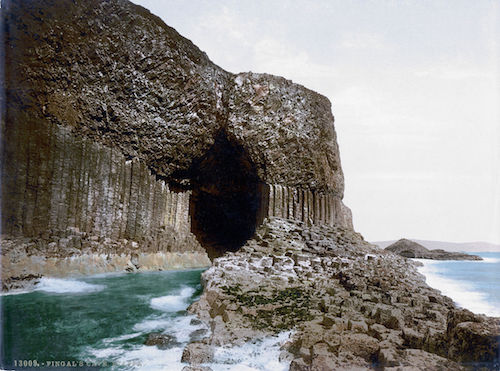 While multimedia treatment will be reserved for the Vaughan Williams, Wilkins drew connections between each work on the program and another artistic medium. “I think of The Hebrides as related to Mendelssohn’s skill as a painter,” he said, pointing out that one of the composer’s subjects was the Isle of Staffa. That island is part of the Hebrides — two archipelagos off the west coast of Scotland — and it was Mendelssohn’s visit there that inspired this concert overture.

Ottorino Respighi and Einojuhani Rautavaara incorporate recorded sounds of birds into Pines of Rome and Cantus arcticus. The twitters of a nightingale mark Pines as the first orchestral work to use recorded sound. Forty-eight years later, Cantus arcticus drew on the songs of the shore lark and whooper swan.

“In the second movement, Rautavaara has slowed down the sound of the shore lark and dropped the pitch by two octaves,” Wilkins said. “That goes in keeping with the dreamlike quality of that movement, where it’s not just the actual sound of the bird — it’s been processed through the human imagination.”

For both works, publishers send the bird recordings to performers, along with the sheet music. “In the old days, it would be a 45 RPM,” Wilkins said. “Then they sent tape, and now a CD. For Pines, I’m pretty sure it’s a digitized, cleaned up version of what Respighi established for the first performance.” 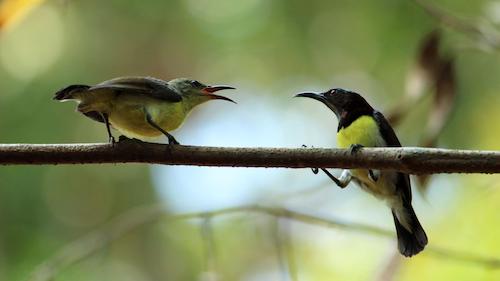 The connection to nature seems clear in the title, but are pine trees actually audible in Respighi’s tone poem? Wilkins doesn’t think so. “To some extent they serve as a connection to history — for us to imagine that those were the same pines that the Roman soldiers marched by,” he said. “Of course they take us outdoors, and being tall, regal, and connecting the earth to the sky, they’re very inspirational images.”

Wilkins supposed that one might hear wind rustling the pines in the third movement. “It’s music to create a moonlit, nocturnal scene, and you can imagine pines being in there. But does he really depict them sonically? I’m not sure that he does.” 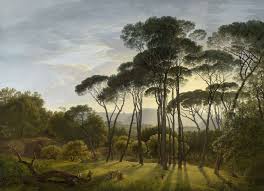 The conductor called the Helsinki-born Rautavaara “almost a cult figure” whose style changed significantly over time. “He’s in that group with Arvo Pärt and others who are described as mid- to late-20th century mystics. His music definitely has that quality, but other works of his have a serial component or much more experimental sounds.”

One more fine thread through the program is layered on the connections to film, painting, and recorded sounds. “Because they perceive the world through other media, these pieces not only paint landscapes but also have various ways of inserting human beings into them,” Wilkins said. “In the Vaughan Williams there’s music that suggests endless walking in difficult circumstances, almost a death march. Particularly in his second movement, Rautavaara said that the listener can imagine walking through that environment. And of course in the Respighi, there are children playing, and there’s the image of somebody standing in the Appian Way and imagining what it was like 2,000 years ago.”