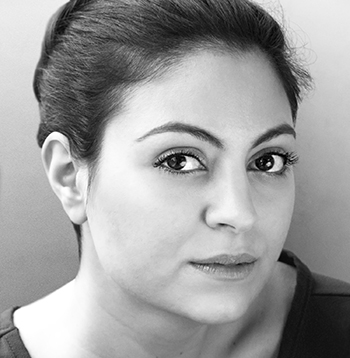 A native of Israel, Noa Naamat joined the Jette Parker Young Artists Programme at Covent Garden in the fall of 2017 after studying in Florence and Scotland and directing theater and opera productions in Israel, Germany, Italy, Austria, the UK, and Ireland. She has served as assistant director at the Vienna State Opera, Scottish Opera, Israeli Opera, Deutsches Nationaltheater und Staatskapelle Weimar, and Teatro dell’Opera di Roma.

Among her other credits, she served as apprentice director at Oberlin’s Summer Opera Program in Italy, where she directed Don Giovanni, L’elisir d’amore, and Don Pasquale, and where she met Scott Skiba, Baldwin Wallace’s director of opera studies. Because Naamat was in the thick of technical rehearsals and not available for a telephone interview, she graciously agreed to respond to some of our questions by email.

Daniel Hathaway: What are your responsibilities with the Young Artists Programme at Covent Garden?

Noa Naamat: I am responsible for directing the Jette Parker Young Artists chamber opera and for the staging of the annual mainstage summer performance. In addition, the stage director acts as assistant director on Royal Opera productions and works with the other Young Artists in workshops.

DH: Did you select Il matrimonio?

NN: I didn’t, but I believe this opera offers college-age performers a great opportunity to sing in Italian and work on recitatives, while also exploring the world of opera buffa and the challenges of bringing a comedy to life.

DH: Baldwin Wallace has sometimes mixed music theater and opera majors in the same cast. Will that be true this time?

NN: No, there is no crossover in this production. To my knowledge, all the performers are opera majors.

DH: Tell us a little about your concept for the production.

NN: The first thing that came to mind was the strong presence of traditional gender roles. It’s a society where fathers choose their daughters’ husbands for them as they try to marry them off to acquire more land, titles, and social status. On the surface, it seems that the men get to rule the women, but actually, it is the women in this piece who move the plot forward by following their own desires. I wanted to highlight this theme in the opera while preserving its comedy, and therefore decided to set the opera in a dollhouse. 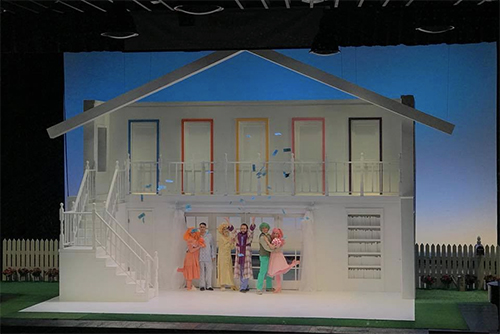 That allows us to play with the idea that as much as we would expect these characters to follow the norm and behave in a certain way, they do quite the opposite, hence the comedy! The direction of the staging is very stylistic and energetic, exploring the absurdity of the characters and the situation. Most of the set is white, but each performer has his or her own colour, allowing the characters to become splashes of colour on a white canvas and so to bring life into the space.

DH: Eighteenth-century operas are famous for convoluted plots. How would you describe what happens in Il matrimonio in 25 words or less?

NN: The secret marriage between Paolino and Carolina triggers a great comedy about unrequited love, family obligations, and social class.

DH: Will this show appeal to kids as well as to students and adults?

NN: I believe there is “something for everyone” to enjoy. I would think a human-size dollhouse should be a stimulating and entertaining experience for all ages!

Jackson began the program with a recitation of Langston Hughes’ poem “Helen Keller” — the first of five poems by Hughes that served as interludes between each piece on the first half. END_OF_DOCUMENT_TOKEN_TO_BE_REPLACED

Pianos with pins and tape on strings, a bass drum and tam tam, crotales, Almglocken, and vibes. Microphones were hooked up all around the instruments. The feed was sent to speakers around the room. Lighting designer Nicholas Houfek hung incandescent globes over the arrangement of instruments from thin black wires stretching across the beams. END_OF_DOCUMENT_TOKEN_TO_BE_REPLACED

From the podium, Elim Chan set an ambitious tone for the evening. The rising star conductor, here in her Cleveland Orchestra debut, has a commanding style, and every twist and turn in Saturday’s performance tracked closely with her baton. END_OF_DOCUMENT_TOKEN_TO_BE_REPLACED