“My goal was to visually unite the text and music by using a language of gestures — miniaturized, visual metaphors of Kafka’s texts — all shaped, structured, and nuanced by Kurtág’s emotion-laden music,” writes Kasumi in the work’s program notes.

The filmmaker’s language of gestures can include literally anything: a hand raising a cigarette, someone jumping through a window, a cartoon exploding head. The treasure chest from which she draws all these carved-out samples? Old B-movies, commercials, and training films from the public domain — “the media trash from the recycle bin of our entertainment culture.”

In a recent conversation, I asked Kasumi if audiences might recognize any of these clips. “Oh, God no,” she said. “And if they do, they’ve got way too much time on their hands. I’m using material that is so obtuse and forgotten, and wasn’t even meant to be a lasting piece of art. Things with titles like How to Use Your 16mm Camera. They’re completely direct, which is why I love them so much. They’re stylized and awkward, and the acting is so bad and corny that it conveys emotion in shorthand — it becomes a symbol, like a stop sign. So when a person crosses their arms over their chest, you get the message immediately. If you weave together these tiny gestures, you get all kinds of nuances of emotion. In that way it’s just like music — composing gestures into a whole.”

In her acclaimed film Shockwaves, the filmmaker volleys over 25,000 such gestures at the audience, building a story from the ground up. (Watch the trailer here if you don’t mind a little bit of blood.) She was more sparing in the number of samples for Kafka Fragments, a project that brought with it an entirely different process.

“Not that it’s an easy task this way,” said Kasumi, “but a composer would say that structure is the most difficult thing. I had two head starts with this — the text and the music. I mean, what could be better? But it got me to think in a different way about making this art. I’m taking words from the page and the gesture of a phrase, and interpreting them visually. I want to keep it as clear as possible, so hopefully the viewer will see this and have it all be pulled together.” 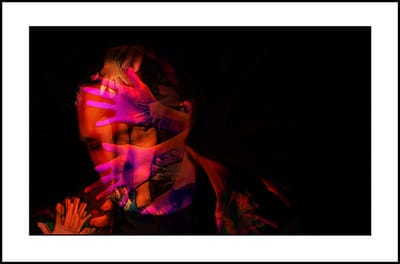 Kasumi said that Kurtág’s emotional, gestural music made her completely connect with it, though it’s not an easy work to understand initially. “It’s colossal, and the first time I heard it, I couldn’t make heads or tails of it. But the more I studied it, I could see it’s a piece of genius. It’s just magnificent, and every day I love it more and more. It just reaches into your soul, and it’s humbling to work with a great piece of music like that.”

The filmmaker draws on a background full of wide-ranging artistic experiences. In addition to being a painter and set designer, Kasumi studied music in Cologne, taught at the Tokyo College of Music, and performed throughout Japan, Europe, and the US as a soloist on lute and theorbo — “two of the hardest instruments, the torture of mankind,” she said. “But all the elements of that music live in my film work. Even though it doesn’t sound like Baroque music, it’s structured like it.”

from Edges at Mather Dance Center

Politics and propaganda have provided Kasumi with more creative firewood. “The more I read, the more I realize how many lies and misdeeds are perpetrated in the name of our country. I got wise to this during the second Bush administration. I read a lot and researched a lot, which led me into a deeper history, but the films I made around that time were definitely about Bush. And the point was, actions go on and on and are perpetrated throughout history. That’s the basis for Shockwaves. A single, violent gesture — like a child being abused, even once — resonates throughout the rest of his or her life.”

Kasumi has had different reactions to the next two presidents. “With Obama, it was a little more relaxing. I could open up different creative avenues while he was in office. Even with the mistakes he made, as a person he was much more inspirational and a greater leader. The life he led in the White House during that time was exemplary. With Trump, I can’t make a parody of him. I can’t. Everything he’s doing is so over the top, I’m just going to pass that one up. Maybe when it’s all over, I’ll address it. But I do have to take my frustrations out, so I’ll make a one-minute political piece and put it on Instagram. It’s kind of fun and it alleviates that pressure occasionally. Emotions build up, and you’ve got to do something about it. That’s what artistic expression is for me — communicating something in a way I otherwise couldn’t.” 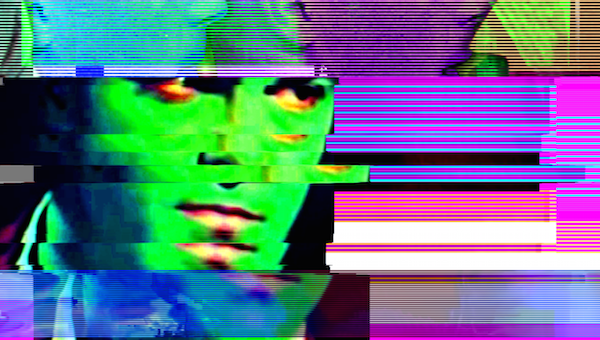 Keeping an Eye on the Illuminati

Closing our conversation, Kasumi hinted at some intriguing works in progress, including a mobile app with similarities to this Tuesday’s ChamberFest performance. “It’s an art-making entertainment app for people of all ages, and interestingly, it encompasses image, sound, and text.” She’s also working with virtual reality. “I’ve often thought it would be an interesting way to show my art, in 360-degree space. Instead of seeing a picture on the wall or a movie on the screen, it’s literally all around you — you put on this headset and are transported into another world. What a great way to show — and make — art. It’s fun, so ridiculous, disorienting, and cool.”

With this work, premiered in 1907, Sibelius offered a bold departure from the explosive emotionalism so prevalent in late-Romantic era music. This symphony was a renewed embrace of Classicism’s purity of form and melody, and one that, oddly enough, left many initial audiences of the day somewhat bewildered. END_OF_DOCUMENT_TOKEN_TO_BE_REPLACED

After eating a Po’boy from The Dawg Bowl Cajun food truck, I caught the first half of Brian Culbertson’s show in The Connor Palace Theatre. END_OF_DOCUMENT_TOKEN_TO_BE_REPLACED