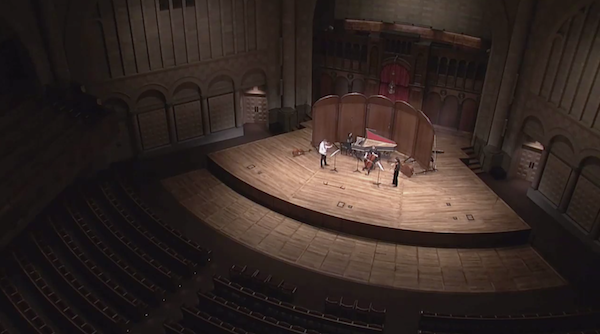 The focus was on women, who comprised five of those eight slots on the program: Isabella Leonarda, Élisabeth Jacquet de la Guerre, Barbara Strozzi, Leonora Duarte, and Wilhelmine von Bayreuth, joined by Antonio Vivaldi, J.S. Bach, and G.H. Stölzel. Adding to the symbolism of the concert, six of the seven performers were women. The biggest highlights of the evening came from the pens of Strozzi and Wilhelmine. 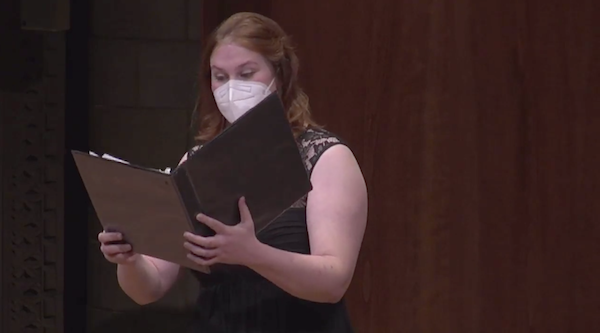 Strozzi’s two-part Che si può fare (“What can one do”) particularly shines in its opening, an elegant, sensitive, and powerful lamentation over ground bass. The writing is exquisite, as was the crystalline voice of soprano Sarah Coffman (whose talents also extend to the viola da gamba, as she showed later in the program). Her deeply expressive singing was matched wonderfully by the continuo team of cellist Sophie Benn and harpsichordist Qin Ying Tan.

The evening’s finale, Wilhelmine’s Harpsichord Concerto in g, offers plenty of variety both within and across its three movements, and sparkles with a sense of life. That was especially true in this performance: each phrase breathed in the hands of Tan, Benn, violinists Miho Hashizume and Guillermo Salas-Suárez, violist Yaël Senamaud-Cohen, and bassist Tracy Rowell. 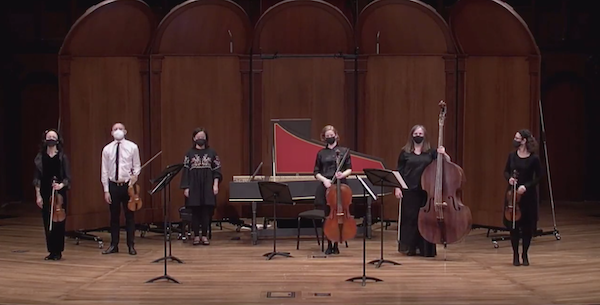 Qin Ying Tan was the excellent soloist, a compelling performer who is equally comfortable handling long strings of notes (as in the “Gavotte”) and singing through emotive melodies with her instrument (in the “Cantabile” — which is full of intriguing harmonies on the fence between major and minor).

Her playing was not the only way she proved to be a strong advocate for this music: stepping to the microphone to introduce the Concerto, she was a natural and knowledgeable speaker who helped to bring perspective to the program. Belief in diversifying the canon is rarely expressed so genuinely and powerfully as on Sunday evening from Tan.

This most significant of the program’s spoken segments also served a more simple purpose: transition. One price of having so much variation in personnel across so many short pieces is the time spent hearing musicians tune, and seeing bodies and music stands move on and off stage. As a result, the program often felt disjointed. We’re all grateful for live music right now, but perhaps this recital would have been better-suited to pre-production, with smooth cuts from one piece to the next.

A few performances could have used more polish. In Jacquet de la Guerre’s Chamber Sonata No. 1 in B-flat, some technical passages felt uneasy, and the ensemble didn’t quite settle into a collective groove. Uneven balance between voice and instrumentalists held back Stölzel’s Bist du bei mir and Bach’s “Auch mit gedämpften, schwachen Stimmen” from Cantata No. 36.

In the end, it’s important not to let those details get in the way of the big picture, which is that CityMusic deserves enormous credit for its dedication this season to recognizing a pivotal moment in history, and for helping to correct history’s narrative.

You could see the relationship at work on a practical level. Repertoire for two players at the same piano requires a certain choreography. There’s just one of each pedal to share, and the hand crossings left and right — which can be so fun to watch a soloist pull off — get more complicated when another person’s involved. At times, Pompa-Baldi drew a hand away from the keyboard and into his body, making room for Friscioni, and at the close of a few delicate phrases, the two were crouched together over the same final notes at one end of the instrument. END_OF_DOCUMENT_TOKEN_TO_BE_REPLACED

The signature sounds of these famous film scores are not so much John Williams’ invention as allusions to other classical pieces. The foreboding half-step from Jaws, growing more and more furious in the cellos and basses, shares something with Dvořák’s “New World” Symphony and Bartok’s Miraculous Mandarin. END_OF_DOCUMENT_TOKEN_TO_BE_REPLACED

Unlike most concert pianists, who seem to have taken to the keyboard while they were still learning to walk, Kharitonov only began his studies at the age of 16. But he plays with such naturalness and easy virtuosity that you’d never imagine he came late to the party. END_OF_DOCUMENT_TOKEN_TO_BE_REPLACED

Each concert in “Beethoven and Beyond” includes two of LvB’s string quartets with a contemporary work in between, usually by way of contrast, although in her introductory remarks, primo violinist Annie Fullard drew thematic connections between the pizzicati in Beethoven’s “Harp” Quartet and Jessie Montgomery’s Strum. END_OF_DOCUMENT_TOKEN_TO_BE_REPLACED