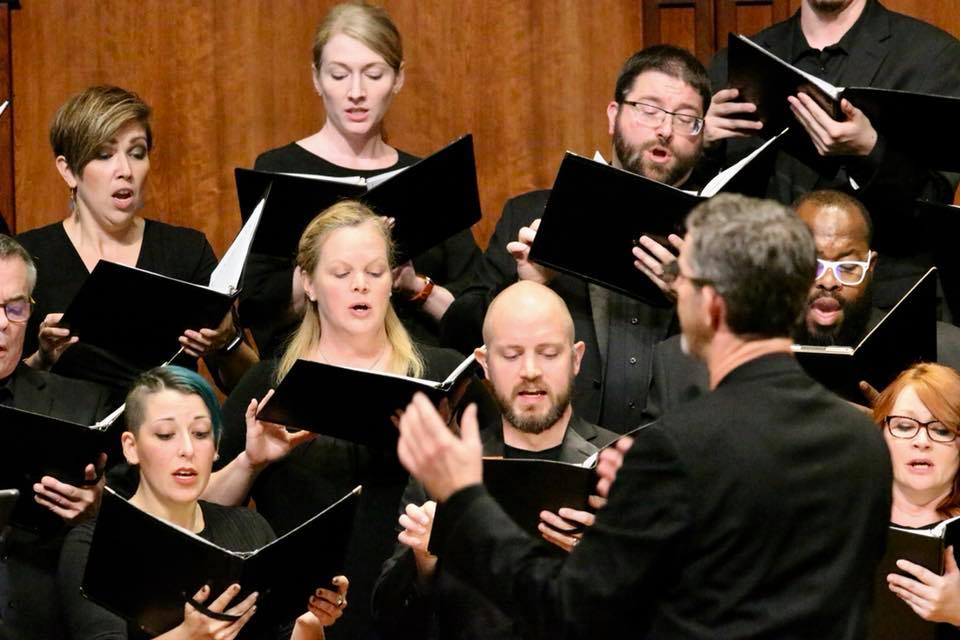 The centennial of the armistice that ended World War I has inspired several concerts this fall. The latest of them was “Remembrance: Music of War, Peace & Comfort,” an affecting performance by Cleveland Chamber Choir on the new Silver Hall Series at the Maltz Performing Arts Center. On Sunday, September 23, in an event that was part concert, part memorial service, Scott MacPherson led his 32-voice chorale in a beautifully curated program of music from six centuries that makes a “universal statement about the suffering that war brings to all people, especially the families of loved ones lost.”

Coming from an era when war was still glorified, Clément Janequin’s La Guerre describes the conflict between the French forces of François I and the Swiss in the 1513 Battle of Marigan. “Victory to our noble King Francis!” the singers cry, after representing a fierce battle in onomatopoetic detail. The singers created vivid pictures in this exuberant opening work before the program took a more solemn turn and never looked back.

The Thirty Years’ War of 1618-1648 and the controversial bombing of Dresden by British and American forces in mid-February of 1945 inspired MacPherson’s choice of two works, Heinrich Schütz’ Selig sind die Toten, and Rudolf Mauersberger’s Wie liegt die Stadt so wüst. Both composers worked in Dresden, and while Schütz was inconvenienced — his male choristers went off to fight — Mauersberger was directly affected: he lost a dozen choirboys in the firestorm, and his Kreuzkirche was set on fire for the fifth time in its history.

After the comforting Schütz motet, Mauersberger’s haunting setting of prescient words from The Lamentations of Jeremiah was nothing short of devastating.

How desolate lies the city that was full of people.
All her gates stand deserted.
How the stones of the shrine lie scattered all over the streets.

Felix Mendelssohn’s lovely Verleih’ uns Frieden gnädiglich (“Graciously grant us peace in our time, O God”) served as a balm between the Mauersberger and Aaron Rosenthal’s Voices of Terezin, tragically charming settings of poems written by doomed children in the “model” Nazi propaganda camp known as the Theresienstadt ghetto. Expressively sung by women’s voices, the trilogy of poems — about sailing far away to an unknown port, about a mouse catching fleas, and about the last butterfly to be seen in the ghetto — left a poignant mix of emotions before intermission. 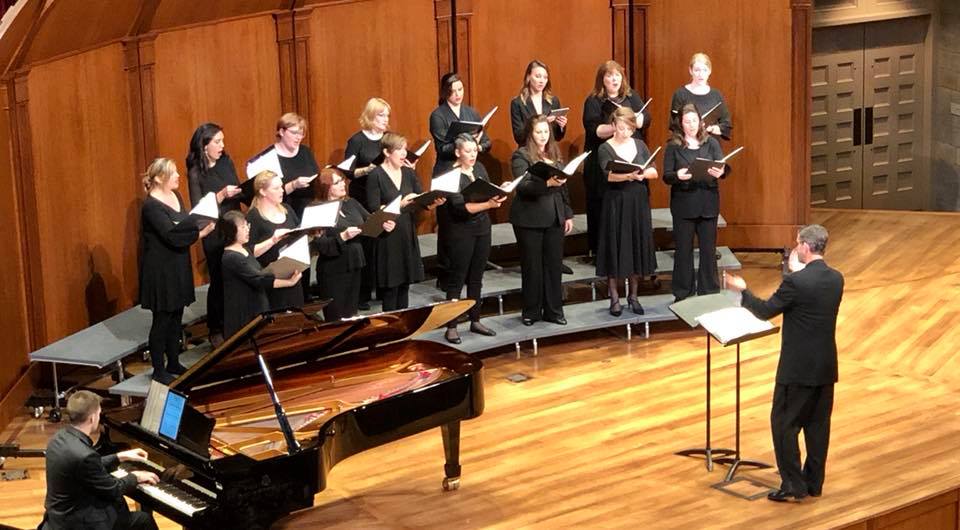 After the men’s voices were shown to splendid effect in Everyone Sang and In Flanders Fields — World War I poems by Siegfried Sassoon and John McCrae set by Joel Martinson and Stephen Chatman — the memorial service aspect of the concert began. The singers dispersed in the aisles, reading names of family members and close friends who perished in national service from World War I through Afghanistan. That led directly into Brock McElheran’s ritualistic Funeral March on the Death of Heroes, a “sonic landscape” originally meant to honor Canadian veterans of three wars, but adapted on Sunday to include the names of the fallen of Northeast Ohio. René Claussen’s In Pace, written after the composer visited Auschwitz, perfectly served its purpose as a choral benediction.

How do you end a concert like this? Scott MacPherson chose two more laments of a very different character. A King’s Singers’ commission, Peter Louis van Dijk’s Horizons — a lullaby with a surprising knife twist at the end — deals with the effects of European colonization in South Africa. And when you think about it, the broken heart that “will ken nae second spring again” in the Scottish song Loch Lomond might well be lamenting a fallen soldier. 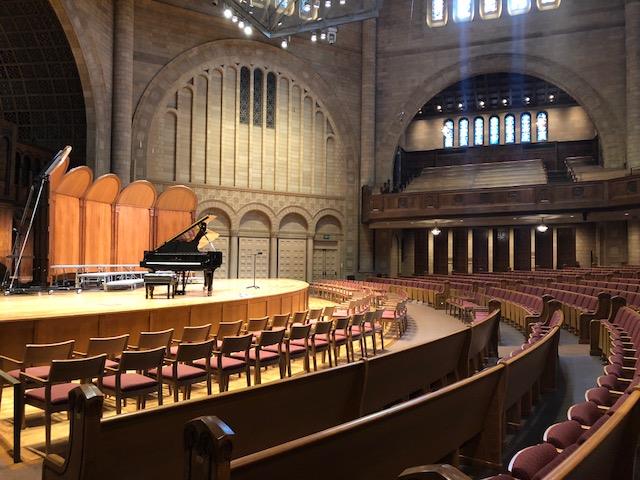 The Maltz has constructed a choral shell to help send voices out into the vast space of the heptagonal Silver Hall. While that helps address its simultaneously boomy and dry acoustic, the Choir’s usually immaculate vocal blend occasionally went missing on Sunday.

Perhaps those acoustical vagaries can be tweaked in the future. The Maltz is a beautiful concert venue, which has opened its doors to a number of community ensembles during the Silver Hall Series this season.