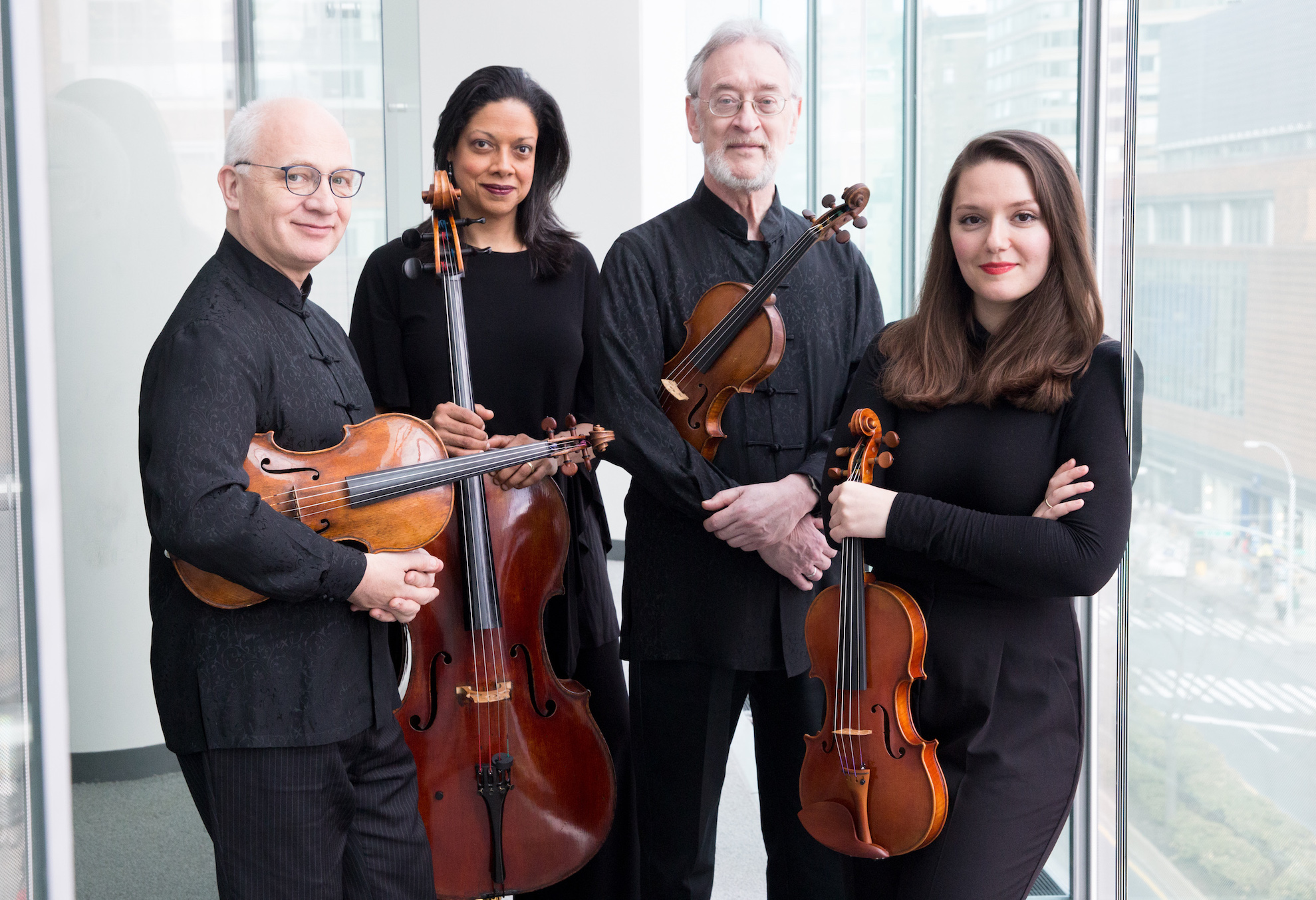 The standard chamber music concert format is so unremarkable to a regular concertgoer that it becomes like water to a fish. Three works in a row, one intermission; masterpieces, and every now and again a new piece. After a while, it’s easy to forget that other formats are possible. But sometimes a well-executed, no-frills concert with the usual shape comes along, and the reason all of that became the norm makes sense again. The Juilliard String Quartet’s performance at Plymouth Church in Shaker Heights on Tuesday, November 27 was such an evening.

It started with Beethoven’s first quartet: Op. 18, No. 3 in D. This group’s unmannered, bullseye interpretation was remarkable. With full-bodied tones, a cohesive sense of time, and many shadings, this was just how a Beethoven string quartet should sound to 21st-century ears. Especially effective was how the JSQ underlined the contrasting happier and darker moods in the slow movement, the jaunty, off-kilter hits in the scherzo, and the lively, yet slightly jagged finale.

The second spot was dedicated to a brand-new commission: Lembit Beecher’s One Hundred Years Grows Shorter Over Time (2018). This American composer can write stunningly gorgeous music, as in his previous three string quartets, which all have similarly eye-catching titles  — the one from 2016 is called Small Infinities. In the new work, Beecher attempted to musically crystallize how stories told across generations change over time. Each of the three movements explores fractured, multifarious terrain in different ways.

The first movement begins with discombobulated, yet euphonous activity, which slowly breaks down into small, intense gestures and notes. Then it begins hinting at a waltz — later, Beecher directly references a waltz tune written by his grandfather. Each movement seems to attempt to rebuild itself into a clearer musical landscape, but each time its fractured beauty slips away. This work was hard to grasp on a single listen, but the conviction and clarity of the Quartet’s performance made the sonic experience fascinating and left me wanting another chance to hear it.

Following intermission, the Juilliard offered up one of chamber music’s great favorites: Dvořák’s “American” Quartet, No. 12 in F major. The gripping nostalgia of the composer’s tunes heard during this beautiful work made me wish for a simpler time that perhaps never existed. This particular performance was as capital-R Romantic as one could want. Tapping’s opening viola melody featured a joyful rubato, and the group’s ability to make small tempo microbends completely together to emphasize specific moments — as if this was completely natural and didn’t take hours of rehearsal — was perfection. This evening with the Juilliard String Quartet clearly showed that in traditional programs, music played at the highest level can be its own draw.