The successful candidates emerged a few weeks ago after a marathon, three-day session of video viewing by a selection jury made up of Kathryn Brown and Paul Schenly (Cleveland Institute of Music), Lei Weng (University of Colorado), Caroline Oltmanns (Youngstown State University), and CIPC president and CEO Pierre van der Westhuizen. The 35 who were invited have now formally accepted.

2016 will mark Westhuizen’s second cycle with the Cleveland competition, last held in 2013. “The whole process is really incredible,” Westhuizen said in a telephone conversation, “but it’s wonderful to get to this point. I’m thrilled. You always tend to wonder about the relevance of piano competitions, but the fact that we had nearly 100 more applicants than the last time surprised me. I only intended to accept 27, but there were so many wonderful pianists that we stretched it to 35. Interest is growing, and it was also a delightful surprise to see a number of laureates from other top competitions applying to Cleveland. That means that the overall level of this competition is going to be very high.”

Among those laureates of other competitions who will appear in Cleveland this summer is Yuanfan Yang, who won the senior division of CIPC’s own Young Artists Competition in 2015, “but his acceptance wasn’t automatic,” Westhuizen said. “He had to apply — just like everybody else.”

At 19, Yang will be the youngest contestant in 2016. The oldest is 30. They come from 14 different countries (one pianist has dual citizenship), and are overwhelmingly male — only 5 of the 35 pianists are women. Though that gender demographic seems skewed, Westhuizen noted that the piano world is similarly male-dominated. “If you look at the pool, out of the nearly 330 who applied, we had only about 90 women,” he said. “Percentagewise, it makes sense how it played out. Across the field — competitions, universities, and conservatories worldwide — there’s a predominance of male pianists. I don’t know why.”

Counting up the nationalities represented in 2016, Russia comes in first with 7 competitors, followed by the United States (5), China, Italy, and South Korea (4 each), the United Kingdom (3), Japan (2), and Brazil, Czech Republic, Georgia, Israel, Kazakhstan, and Poland (1 each). 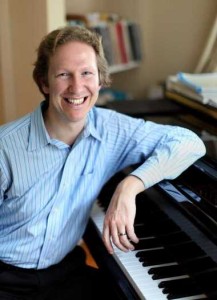 “This is roughly the same geographical spread as we had in 2013,” Westhuizen said. “Of course, many of these people are studying either in Europe or in the States. There’s been a lot of talk about the globalization of music schools, and that it really doesn’t mean much anymore that you’re from South Korea or China or Italy. But what stood out in the screenings is that there’s a distinct difference between different national schools of piano playing. Those schools of thought are still alive and well.”

Westhuizen also noticed a dramatic change among applicants from Asia. “Certainly within the last decade or so, South Korean and Chinese pianists are emerging on a competitive level similar to any of their Western counterparts,” he said. “They are as well-versed and comfortable in classical style as anyone else.”

Cleveland piano fans will hear the 35 pianists for the first time when Round One of the competition gets under way on July 25 in Gartner Auditorium at The Cleveland Museum of Art. The four who make it to the finals will have to pass through a new preliminary challenge this time — a chamber music round with the Escher String Quartet — before playing concertos with Bramwell Tovey and The Cleveland Orchestra in Severance Hall on August 5 and 6.

The gold medalist will receive a cash prize of $75,000, three years of management services, a New York City debut, and a CD on the Steinway & Sons label. Generous cash awards will also be bestowed on the second-, third-, and fourth-place winners.

Details about the 2016 Cleveland International Piano Competition, which also includes a festival of guest recitals, panel discussions, and other events, are to be found on the CIPC website.

Here are the names of the 35 pianists who will arrive in Cleveland in late July:

Photo at top: Pierre van der Westhuizen with the four finalists at the 2013 awards ceremony in Severance Hall (Roger Mastroianni).

Published on ClevelandClassical.com May 3, 2016.