On Saturday, July 27 at 8:00 pm at Blossom Music Center, Gautier Capuçon will once again join The Cleveland Orchestra in a performance of the same Concerto. Under the direction of Gemma New (replacing Bramwell Tovey), the program will also include Sibelius’ Finlandia as well as Elgar’s Enigma Variations in a side-by-side with Kent Blossom Music Festival Chamber Orchestra. That ensemble will present a pre-concert program at 7:00 pm led by Vinay Parameswaren, which features Mendelssohn’s Hebrides Overture and Ravel’s Suite from Mother Goose. Tickets are available online. END_OF_DOCUMENT_TOKEN_TO_BE_REPLACED

Later this week, 24 young violinists representing seven U.S. States and eight countries will arrive in Oberlin to participate in the tenth edition of the Thomas and Evon Cooper International Competition. Events begin with the semifinal rounds on Saturday, July 20 at 1:30 pm in Warner Concert Hall at the Oberlin Conservatory.

At stake is a grand prize of $20,000, in addition to second and third prizes of $10,000 and $5,000, respectively. The Competition will continue into next week and culminate with the three finalists playing concertos with The Cleveland Orchestra under the direction of Gemma New (replacing Bramwell Tovey) in Severance Hall on Friday, July 26 at 7:30 pm. (See our concert listings for details about the semi-final, concerto and recital rounds that will determine who plays in the finals.)

All performances at Oberlin are free. Tickets for the July 26 Concerto Finals at Severance Hall range from $13-$30. Tickets may be purchased online or by calling 800-686-1141. Student tickets are free with a paying adult. All rounds held in Oberlin  will be live-streamed on www.oberlin.edu/cooper. The Recital Round at Oberlin and Concerto Finals at Severance Hall will be broadcast on WCLV FM 104.9. The Recital Round will be broadcast on delay on Thursday evening, July 25.  END_OF_DOCUMENT_TOKEN_TO_BE_REPLACED

“Our faculty concert series will feature fantastic artists from The Cleveland Orchestra, Kent State’s revered faculty, the Miami String Quartet, pianist Spencer Myer and other guest artists,” Festival director Ricardo Sepúlveda said in his letter introducing this year’s season. For these musicians, their tenure at Kent Blossom is more than just performance based — they’ll be working closely with the 43 visiting students accepted this year.  END_OF_DOCUMENT_TOKEN_TO_BE_REPLACED

Three-quarters of their final score had already been totted up when the four finalists in the 2016 Cleveland International Piano Competition made their last lap around the track at Severance Hall on Friday and Saturday evenings, August 5 and 6. Handsome cash prizes were waiting at the end, but appearing with Bramwell Tovey and The Cleveland Orchestra was its own distinguished reward. (Photo: CEO Pierre van der Westhuizen welcomes the audience.) END_OF_DOCUMENT_TOKEN_TO_BE_REPLACED

END_OF_DOCUMENT_TOKEN_TO_BE_REPLACED

“As usual the summer season is a mix of musical genres and artists,” Cleveland Orchestra artistic administrator Ilya Gidalevich said during a recent telephone conversation. END_OF_DOCUMENT_TOKEN_TO_BE_REPLACED

The successful candidates emerged a few weeks ago after a marathon, three-day session of video viewing by a selection jury made up of Kathryn Brown and Paul Schenly (Cleveland Institute of Music), Lei Weng (University of Colorado), Caroline Oltmanns (Youngstown State University), and CIPC president and CEO Pierre van der Westhuizen. The 35 who were invited have now formally accepted. END_OF_DOCUMENT_TOKEN_TO_BE_REPLACED 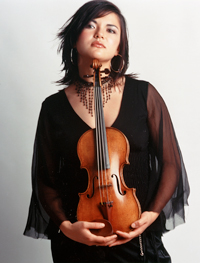 “A Taste of Spain” at Blossom on Saturday July 19 featured The Cleveland Orchestra and guest conductor Bramwell Tovey in Iberian-inspired music by two Frenchmen and one authentic Spaniard who went into self-exile in Argentina after Franco won the Spanish civil war. Sunny as the music was, the weather in Cuyahoga Falls was damp and chilly: in his jovial remarks at the beginning of the second half, Tovey welcomed the audience to what indeed felt like a Spanish winter.

Tovey’s own selections from the two suites that Georges Bizet’s friends fashioned from the music from Carmen opened the program with familiar scene-setting tunes and arias sans singers. The March of the Toréadors; Prélude and Aragonaise; Intermezzo; Dragons d’Alcala; Habanera and Danse Bohème were all treated to colorful, characterful performances, with splendid solo work by oboist Jeffrey Rathbun, flutist Marisela Seger, and wonderful section solos from the bassoons. If the percussion got a bit frisky in the last selection, that only added to the excitement. END_OF_DOCUMENT_TOKEN_TO_BE_REPLACED

It was no doubt the beautiful weather that drew many of the ample lawn crowd to Sunday evening’s Blossom concert with the Cleveland Orchestra and guest conductor Bramwell Tovey. The musical appeal, though, was surely the evening’s featured work, Gustav Holst’s justly famous suite The Planets.

Though there were no projected visuals to accompany this early “space music,” Cleveland’s NASA Glenn Research Station – many of whose employees were in attendance – installed a mock-up of the Mars rover and other astronomical displays near the entrance.

Holst’s suite, written over several years during and just after World War I, is actually less about the planets as NASA knows them than about their supposed astrological qualities. As in a baroque suite, each of the seven movements is a mood piece of its own. We encounter at each new turn a different affect – bellicose (Mars), delicate (Venus), officious (Mercury), expansive (Jupiter), exhausted (Saturn), bizarre (Uranus), and finally mystical (Neptune). END_OF_DOCUMENT_TOKEN_TO_BE_REPLACED

The cimbalom was the feature of the show, an instrument capable of taking on many personas. Its performer, Chester Englander, has shaped his career around the instrument, and has inspired composers to write more repertoire for it, some of which was presented on the program. END_OF_DOCUMENT_TOKEN_TO_BE_REPLACED

You wouldn’t expect that acoustic from a glance at the nave, which is wide and long, but not especially lofty. But when I guest conducted a local amateur choir and professional orchestra in Beethoven’s Mass in C there a few years back, during the first rehearsal we released the final chord of the “Gloria” and listened in astonishment for the next several seconds. The sound continued to roll down the space like the big wave that surfers dream about. END_OF_DOCUMENT_TOKEN_TO_BE_REPLACED