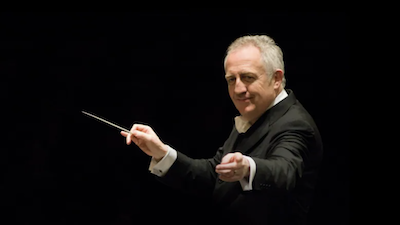 •Carillon, Twitter, football, and math collide today at noon at the McGaffin Carillon, and Ohio Light Opera takes up The Mock Marriage at 2:00

At noon, George Leggiero will take up the McGaffin Carillon in Cory Arcangel’s Hail Mary, a project in which a Twitter bot uses an algorithm to generate a new score for carillon every day.

“The dynamics, harmonic content, and even placement on manual of the piece is loosely based on a ‘hail mary’ maneuver in American football,” Arcangel writes. Emoji also make up an important element of the score. (Click here and scroll down on that page for details about the process.) The performance will also be live streamed here.

And at 2:00 pm at Freedlander Theatre, Ohio Light Opera gives the opening performance of Franz Lehár’s The Mock Marriage. Get tickets here.

END_OF_DOCUMENT_TOKEN_TO_BE_REPLACED

At 2:00 pm, Ohio Light Opera presents an outdoor performance of The Fantasticks at Wayne Center for the Arts in Wooster.

7:00 brings two options, one in person and the other virtual: a Summer Concert from Apollo’s Fire at Akron Art Museum, and Day 2 of the Oberlin-Como Piano Festival, featuring an interview and master class with Stanislav Ioudenitch.

And at 7:30, both in person and live-streamed, the Kent Blossom Music Festival presents the opener to its Faculty Concert series: a recital from violinist Paul Huang and pianist Helen Huang. (Read Stephanie Manning’s preview article here.) 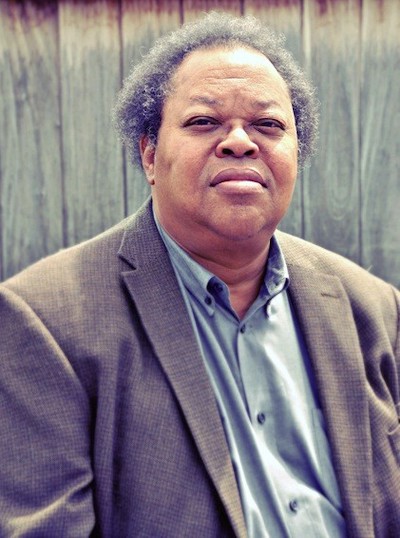 Among the broad range of interests of Columbia University faculty member George Lewis (born in Chicago in 1952) is improvisation, particularly as a trombonist. Listen to a brilliant improv between Lewis (trombone) and Yi-Yi Wang (erhu), performed at Florida State University in 1993.

Another long-held interest: the role of computers in composition and performance. That area includes the development of his improvising software Voyager, which reacts in real time to the input of a human performer. Listen to his 2011 Interactive Trio for trombone, two pianos, and interactive music system here, in a performance by Lewis and pianist Amina Claudine Meyers. (Check out Lewis’ virtuosic improvisation around the 9:22 mark.)

He is also a highly respected scholar and musicologist. Among his many publications, his 2008 book A Power Stronger Than Itself: The AACM and American Experimental Music — which received the American Book Award — explores the Association for the Advancement of Creative Musicians, which Lewis joined at age 19.

Weaving together portraits of many, many musicians, that book led critic Greg Tate to say to Lewis, “It’s like you wrote a Russian family novel of the A.A.C.M.” (Perhaps the rare musicological work that could translate to an audiobook for your next road trip? Voice actors galore.) Read more about the organization and the book in Lewis’ 2008 interview with The New York Times. 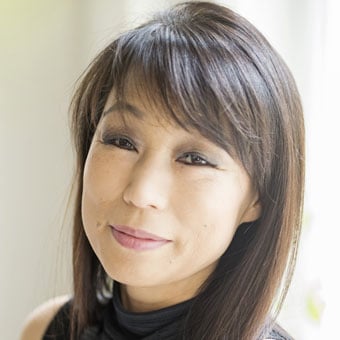 As a recipient of both a Guggenheim and MacArthur Fellowship, Lewis isn’t alone as a celebrated living composer on today’s list — he’s joined by Unsuk Chin. Born in Seoul in 1961 but by now a Berliner for over 30 years, she also boasts a bio full of prestigious awards, positions, and associations with a who’s-who of top musicians and ensembles.

Among her most acclaimed pieces are several highlighting soloists. Her 1991-93 Akrostichon–Wortspiel (“Acrostic-Wordplay”) for soprano and ensemble is considered her international breakthrough, while her Violin Concerto won the 2004 Grawemeyer Award. To top it off, her Cello Concerto was ranked by The Guardian in 2019 as the 12th greatest work of 21st-century art music.

“I’m attracted by virtuosity,” Chin said in an interview with Corinna da Fonseca-Wollheim for The New York Times in 2014. “This enthusiasm and virtuosity of a player trying to go beyond his or her boundaries: I like that. It’s a situation that I experience all the time as a composer: pushing the limits of your possibilities, not knowing whether you can do it — and then somehow succeeding. I ask every bit as much from a soloist.”

That article also brought a performer’s perspective to the table — in this case, those of Finnish clarinetist Kari Kriikku, who was to give the American premiere of Chin’s Clarinet Concerto with the New York Philharmonic. “A composer asks questions a musician would not think to ask,” Kriiku noted, adding that after the world premiere in Gothenburg, Sweden, Chin’s only advice was to “sound more like a bird.”

Judging by this excerpt, he succeeded. 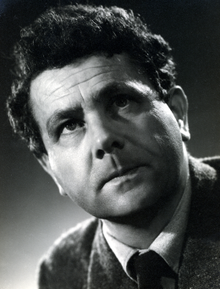 And Gerald Finzi, born in London in 1901, is most famous for his lyrical, pastoral style, and in particular as a choral composer, a category that includes his Christmas Scene In terra pax.

Finzi blows out candles from the great beyond, where he’s been in residence since 1956 — perhaps finishing what was likely to be a piano concerto. (After his death, two movements of it were published as their own separate works, including the Eclogue for piano and strings, heard here in a performance featuring Roberto Plano.)

Then again, assuming there are no deadlines in the afterlife — and probably many better things to do than work — perhaps the concerto is still on his desk, just one thing in a stack of projects and to-do lists being happily — finally — neglected.

Jackson began the program with a recitation of Langston Hughes’ poem “Helen Keller” — the first of five poems by Hughes that served as interludes between each piece on the first half. END_OF_DOCUMENT_TOKEN_TO_BE_REPLACED

Pianos with pins and tape on strings, a bass drum and tam tam, crotales, Almglocken, and vibes. Microphones were hooked up all around the instruments. The feed was sent to speakers around the room. Lighting designer Nicholas Houfek hung incandescent globes over the arrangement of instruments from thin black wires stretching across the beams. END_OF_DOCUMENT_TOKEN_TO_BE_REPLACED

From the podium, Elim Chan set an ambitious tone for the evening. The rising star conductor, here in her Cleveland Orchestra debut, has a commanding style, and every twist and turn in Saturday’s performance tracked closely with her baton. END_OF_DOCUMENT_TOKEN_TO_BE_REPLACED