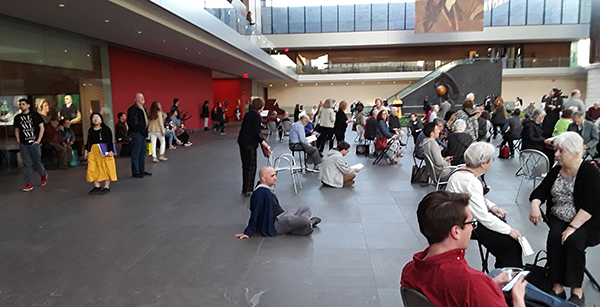 Cleveland audiences had their first live encounters with the music of Turkish-born composer Cenk Ergün in March of 2016, when the JACK Quartet premiered his commissioned works Sonare and Celare in Gartner Auditorium at the Cleveland Museum of Art. Ergün’s second appearance at the Museum earlier this month came in the form of a Cleveland Foundation Creative Fusion project. On Wednesday evening, May 8, the composer (seated on the pavement above) unveiled his hour-long Formare, turning the Ames Family Atrium into a vast sound installation.

Considering the cubic volume of the space, his forces were modest. Three harpsichordists (Peter Bennett, Michael Quinn, and Qin Ying Tan) were deployed with their instruments in a triangle on the main floor. Four trombonists (Lee Allen, Zoe Cutler, Katie Lambert, and Evelyn Proffit) held down positions in the second-floor allées at the east and west ends. Twelve female voices of the Cleveland Chamber Choir were spread out on the main and second floors, and the Cleveland Institute of Music Children’s Choir was seated on benches toward the east end. Mobile phones at each position dictated the timing of musical events or fed pitches to singers, some of whom sang at times through megaphones.

In his composer notes, Ergün encouraged listeners to experience his piece in any way they chose —  remaining stationary for the duration, wandering around the space on both levels with a drink in hand, standing next to a performer. “Have you ever lain down underneath a harpsichord as it is being played? Tonight is your chance!” 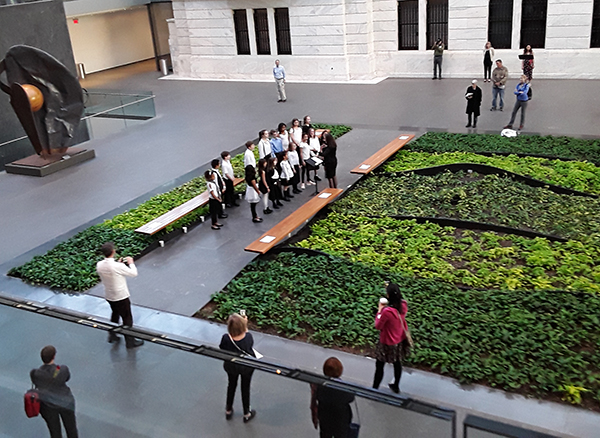 So laid-back was the performance that you didn’t notice when the music began (a peek at a harpsichordist’s phone verified that we were already nine minutes into Formare when you first became aware of it). 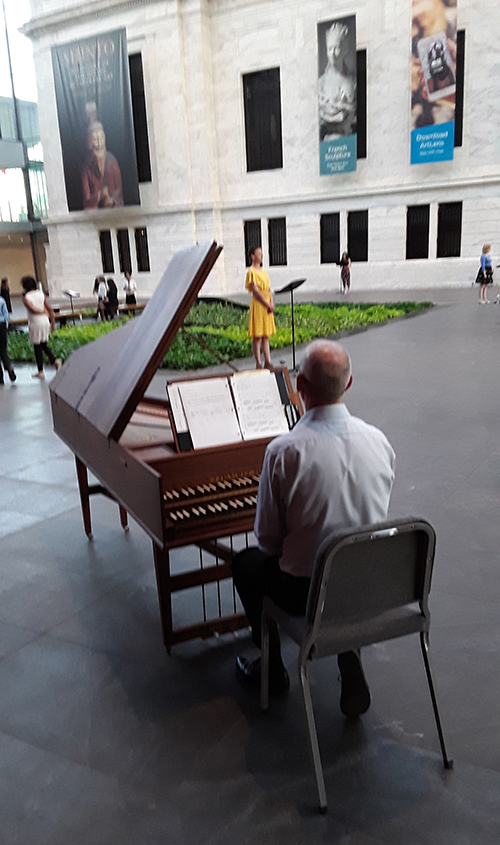 Over the course of the next 50 minutes, sonic events waxed and waned throughout the space as Ergün’s score combined far-flung performers into various duets, trios, and quartets. Singers vocalized long tones that combined into near unisons, harpsichords tinkled like miniature wind chimes, and trombones bleated out elemental fanfares. Musicians joined in a great crescendo at one point that grew to a climax, then receded. In the latter third of the work, sweet consonant intervals took over. What you heard depended on where you were at a given moment. 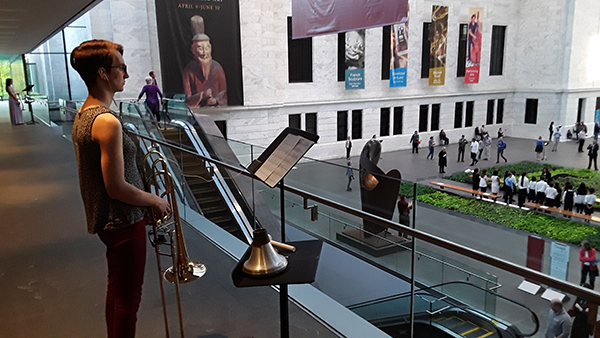 Formare may be one of the most documented musical happenings on record. Nearly every listener pulled out a mobile phone to capture an image or a video at some point during their peregrinations around the space.

All in all, it was probably more fun to be actively involved in performing Ergün’s score than merely engaging with it as a listener. Every performer I talked to said it was terrific to be part of that experience. 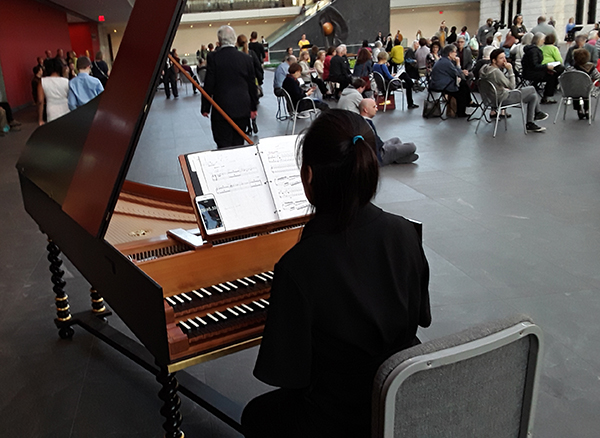 But there’s a question that always arises after the premiere of a new work. Will Formare have a second or third performance and end up enriching the repertoire? Ergün’s piece is especially site-specific, and not every institution boasts such an atrium or owns a fleet of seven harpsichords to draw upon. Do subsequent performances really matter?

END_OF_DOCUMENT_TOKEN_TO_BE_REPLACED

Concerts cancelled in 2020 may have put a brief gap in Ling’s record with the Orchestra (a program every season since 1984-1985), but the ensemble’s former resident conductor more than made up for it Sunday with a performance both commanding and personal. END_OF_DOCUMENT_TOKEN_TO_BE_REPLACED