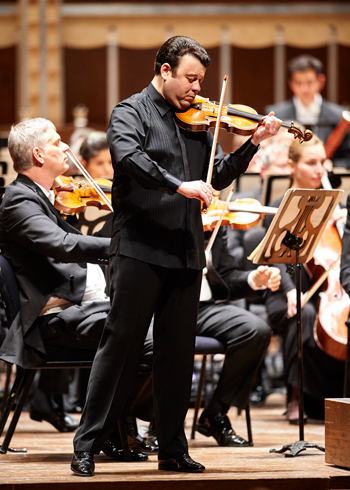 Lintu, who replaced Tugan Sokhiev on the podium, made only one change in repertoire, swapping out Shostakovich’s Festive Overture for a Sibelius symphonic fantasy. Pohjola’s Daughter draws on the Kalevala’s tale of Väinämöinen, who undertakes — and ultimately fails at — a series of impossible tasks to win the daughter’s affections.

The music unfolds slowly from initial low, gauzy textures, animated by a cello solo and fueled by the subplots of inner rhythms. English horn and clarinet solos trade haunting phrases like birds calling to one another across a lake. One powerful climax dissipates into piquant gestures from the winds and a Psycho-like passage from the violins.

Repetitive octaves from the strings (is this where Philip Glass got the idea?) frame portentous conversations between horns and trumpets. At the end, the strings hand off a vanishing, ascending melody from bottom to top before the double basses end the piece on a harmonic question mark. It’s an enchanted, eventful piece.

Lintu gave high profile to Sibelius’s striking musical ideas, sometimes using the very tip of his baton like a laser pointer, other times drawing the orchestra into broad, sweeping phrases with panoramic gestures. He was privy to all the secrets in the score and partnered expertly with the players to put them across. It’s hard to believe the Orchestra has only played this work twice before — in 1937, then more recently in 1978 under another Scandinavian conductor, Sixten Ehrling.

Vadim Gluzman’s performance of Prokofiev’s 1935 concerto was no less captivating. His handsome playing marries the steadiness of a metronome with a warm, vibrant tone. The latter quality was on display right from the beginning, where Gluzman played a soulful, folklike melody all alone. The better qualities of a metronome revealed themselves in the cheeky, waltzy third movement, where he played with unflinching rhythm but was able to move the emphasis from the front to the back of the beat — giving the impression of moving ahead or relaxing the tempo, while actually doing nothing of the sort.

In between, Gluzman made the middle movement (almost a parody of its counterpart in J.S. Bach’s double violin concerto) sound cool and suave. That mirrored his relaxed, spontaneous stage manner. Though he didn’t have much room to move around, Gluzman used the available space to turn around in three directions to converse with Lintu and the orchestra and the fourth to address himself directly to the audience. The large crowd gave the violinist a long, hearty ovation, but on Thursday he resisted the urge to play an encore. Good move — nothing should have followed the Prokofiev. 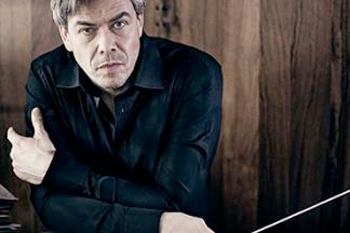 Anyone who expected a predictable ride on an orchestral warhorse was in for a surprise after intermission. Hannu Lintu gave Tchaikovsky’s fifth symphony a new injection of life with a performance that checked in on every available dynamic level from whispery to powerful — soft but with presence and full without becoming overbearingly loud. Transitions were clear and immediate, and every surge in the music was balanced with a corresponding ebb. And though Lintu paid extra attention to special attractions as the journey unfolded, side trips were all part of a carefully planned itinerary.

You could tell there was something new brewing from the very beginning — a portentous but understated opening featuring the lean, dark tone of clarinetists Franklin Cohen and Robert Woolfrey. Then, suddenly the journey began with a burst of dynamic energy. Lovely dialogues among the winds, and between winds and strings, hastened the drama along until the movement ended with a solemn descending figure from the basses.

Hornist Richard King played his long solo splendidly in the slow movement, which went on to crest in stunning orchestral climaxes. Muted horn razzes lent a humorous note to the third movement waltz. In the finale, Lintu once again cleverly balanced climaxes with periods of relaxation, creating sonic magnificence without aural pain. Standing ovations have become so routine as to be meaningless. This was one of the occasions when the Severance Hall audience had every reason to spring immediately out of their seats at the end, and spring they did, in perfect unison.

Performance photo by Roger Mastroianni courtesy of The Cleveland Orchestra.

END_OF_DOCUMENT_TOKEN_TO_BE_REPLACED

A new CD by Christa Rakich, who is currently Visiting Professor of Organ at the Oberlin Conservatory, gives a nod in two directions. As its title announces, it’s an homage to her former teacher and colleague, the late Yuko Hayashi, longtime professor at the New England Conservatory and curator of Boston’s Old West Church Organ Series. It’s also the first recording to be made of Richards, Fowkes & Co.’s Opus 16 instrument, built in 2008 for Goodson Chapel of the Duke Divinity School in Durham, North Carolina. END_OF_DOCUMENT_TOKEN_TO_BE_REPLACED

END_OF_DOCUMENT_TOKEN_TO_BE_REPLACED

Hailed by the New York Times as “The Best Classical Music Ensemble of 2018,” Wet Ink Ensemble has lived up to this acclaim once again with their recent release Glossolalia/Lines on Black. The album takes its name from the two extended works by Wet Ink members Alex Mincek (saxophone) and Sam Pluta (electronics). The remainder of the septet includes Eric Wubbels (piano), Erin Lesser (flutes), Ian Antonio (percussion), Josh Modney (violin), and Kate Soper (voice). END_OF_DOCUMENT_TOKEN_TO_BE_REPLACED

Croatian-born pianist Martina Filjak, now living in Berlin, has released her latest album, Light and Darkness, featuring music by Franz Liszt — plus an epilogue by Arvo Pärt. The disc confirms once again all the special technical and interpretive qualities that won her the gold medal at the Cleveland International Piano Competition in 2009. END_OF_DOCUMENT_TOKEN_TO_BE_REPLACED