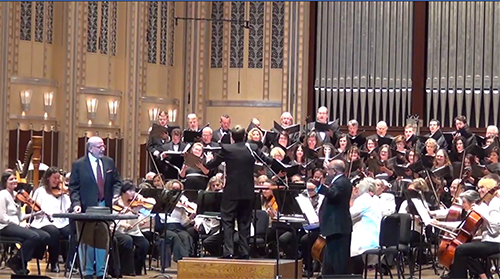 “Everyone’s Italian tonight,” host and conductor Carl Topilow exclaimed, greeting the capacity Cleveland POPS audience at Severance Hall on Saturday, April 13. With the engaging assistance of soprano Alyson Cambridge, tenor John Cudia, and the POPS Chorus — not to mention a special green, white, and red clarinet, assembled from Topilow’s multichromatic collection of instruments — the Orchestra lined up and checked off 21 of everyone’s favorite selections from Italian opera, leaving few corners of the repertoire unexplored.

The star of the show was the vocally stunning Alyson Cambridge, who announced that she had been trained at the Oberlin Conservatory, a fact curiously omitted from her program bio. She was stylish and mesmerizing in those not-quite-arias by Puccini (“Vissi d’arte,” “Mi chiamano Mimi,” “O mio babbino caro”) that are difficult to present as excerpts.

Cambridge was nicely matched by Cudia, a tenor with a compact but impressive voice who got to sing a bigger chunk of Puccini (“Nessun dorma”) as well as join the chorus for Verdi’s “Va pensiero.”

Cambridge also teamed up with the chorus in the appropriately-timed Easter Scene from Cavalleria Rusticana, and partnered with Cudia to end the evening with a similarly topical duet — Francesco Sartori’s Time to Say Goodbye (thought by many to have been written by Andrea Bocelli). 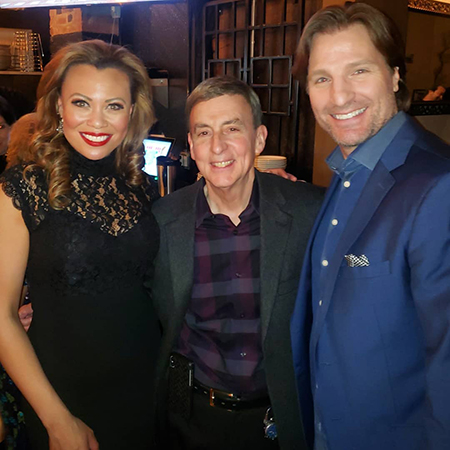 On the more popular side of Italian song, the two singers gave the crowd “Be Italian” from Nine, and Come back to Sorrento.

Topilow’s clarinet and the Orchestra were featured in the first of two Ennio Morricone film score works — the Love Theme from Cinema Paradiso — and POPS founding oboist Thomas Moore was spotlighted in “Gabriel’s Oboe” from The Mission. Topilow returned to play a medley of Neapolitan songs.

No POPS program would be quite complete without audience participation. Two of the concert sponsors — Michael J. Occhinero and Raymond J. Negrelli — were called to the stage to play Verdi’s “Anvil Chorus” with hammers on brake drums. And the whole crowd got into the act with a singalong of That’s Amore, popularized by Steubenville native Dean Martin.

Topilow was the consummate host throughout the evening, dashing off one-liners and keeping the musical machinery moving smoothly. A bella notte indeed!

Franz Schmidt’s Symphony No. 4 showcased the ensemble, under guest conductor Jonathan Berman, in the standard conventions of a not-so-standard piece. But at the start of the program, the musicians were equal partners to pianist Cédric Tiberghien, whose playing could be as bold as the full orchestra or as intimate as any instrumental solo. END_OF_DOCUMENT_TOKEN_TO_BE_REPLACED

END_OF_DOCUMENT_TOKEN_TO_BE_REPLACED

Jackson began the program with a recitation of Langston Hughes’ poem “Helen Keller” — the first of five poems by Hughes that served as interludes between each piece on the first half. END_OF_DOCUMENT_TOKEN_TO_BE_REPLACED

Pianos with pins and tape on strings, a bass drum and tam tam, crotales, Almglocken, and vibes. Microphones were hooked up all around the instruments. The feed was sent to speakers around the room. Lighting designer Nicholas Houfek hung incandescent globes over the arrangement of instruments from thin black wires stretching across the beams. END_OF_DOCUMENT_TOKEN_TO_BE_REPLACED

From the podium, Elim Chan set an ambitious tone for the evening. The rising star conductor, here in her Cleveland Orchestra debut, has a commanding style, and every twist and turn in Saturday’s performance tracked closely with her baton. END_OF_DOCUMENT_TOKEN_TO_BE_REPLACED