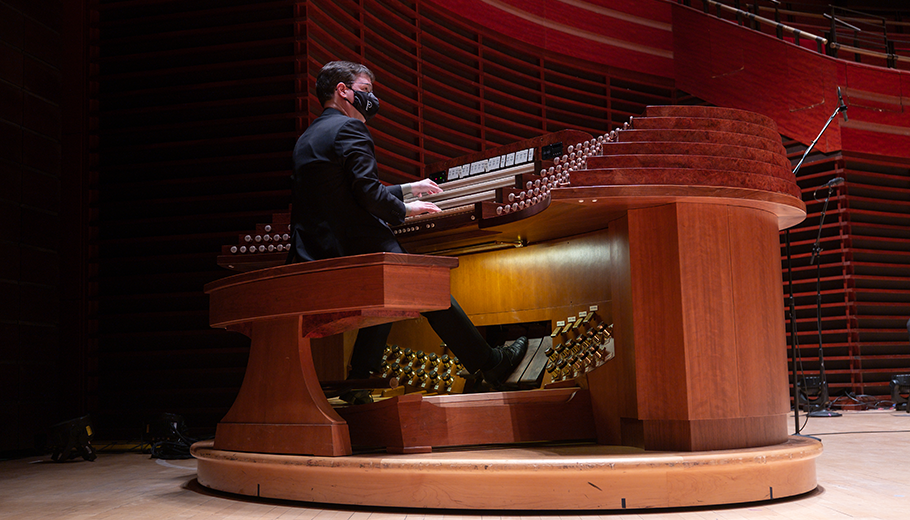 The Bop Stop presents a showcase of the Cleveland State University jazz program at 6:30 tonight. Venturing further afield, at 3:00 Carnegie Hall shares a rare performance by Frederic Rzewski of his own most famous work, The People United Will Never Be Defeated! And at 8, the Philadelphia Orchestra presents organist Paul Jacobs in a recital of his own arrangements of works by Handel and Bach. Details in our Concert Listings.

Mezzo-soprano Christa Ludwig passed away on Saturday at age 93 at home in Klosterneuburg, Austria. In an obituary in The New York Times, Daniel J. Wakin pays tribute to “one of the premier mezzo-sopranos of the second half of the 20th century,” an equal master of opera and art song.

Joshua Barone investigates the classical music world’s embrace of podcasting during the pandemic. That’s something Northeast Ohio audiences have also surely noticed, thanks to new and recent podcasts from The Cleveland Orchestra (On A Personal Note), Akron Symphony (Unorchestrated), Canton Symphony (Orchestrating Change), and Les Délices (LD Music Meditations, which just released a new episode today). The Cleveland Orchestra gets a shout-out in the article, but Barone focuses his attention on the Miller Theater’s Mission: Commission, Garrett McQueen’s and Scott Blankenship’s Trilloquy, and Yo-Yo Ma’s Beginner’s Mind.

Also in The Times, Bryan Pietsch explores the origins of the song Strange Fruit, the controversy it faced early on in its history, and its enduring relevance in the fight against racism — it remains “a mirror on a barbaric present.” 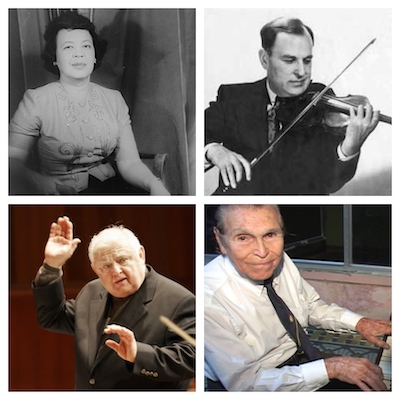 Let’s start with American composer, pianist, and arranger Margaret Bonds, who died on this date in 1972 in Los Angeles. We featured her in our Diary on March 3, the 108th anniversary of her birth, delving into a historic performance she gave with the Chicago Symphony, and her close musical relationships with Florence Price and Langston Hughes.

She’s also well-known for her arrangements of spirituals, so it’s no surprise that that area of her music-making was featured in the latest episode of the Akron Symphony’s podcast series “Deep River: The Legacy of the Spirituals” (under the umbrella of Unorchestrated). Scroll over to the 18:41 mark to listen to Bonds’ arrangement and orchestration of He’s Got the Whole World in His Hand, as heard in a performance featuring sopranos Brenda Justice and Angeleina Valentine in a Gospel Meets Symphony program from 2014.

Listening suggestions: hear Fuchs solo in the first movement of Mozart’s Violin Concerto No. 3 in G with the London Symphony. And because Susa was known primarily for his five operas, check out his 1994 The Dangerous Liaisons in a filmed performance by San Francisco Opera.

Finally, considering that Lampe co-wrote what became the national anthem of his home country, a waltz by the name of Aruba Dushi Tera, head over to that island’s tourism website to listen and follow along with the words (in Papiamento, with English translation), which give off a mix of both the humble and the proud (“though small and simple you may be, you are indeed esteemed”).