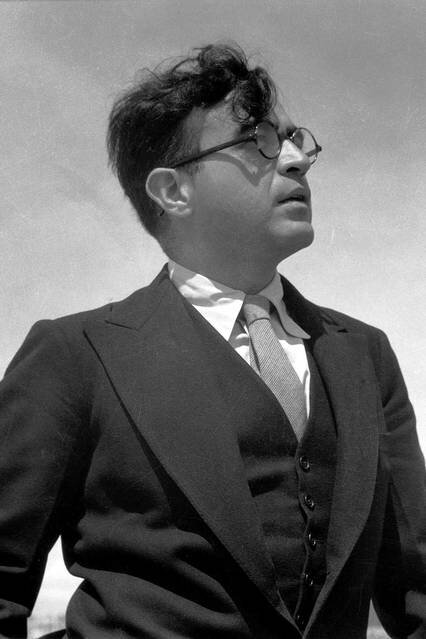 . Not Your Grandmother’s Classical Music from 2-4

. Mäkëla to lead Concertgebouw Orchestra at 26, megabucks for Minnesota Public Radio, Cleveland comes of age in 1921, and does eye contact between musicians matter during performances?

Minnesota Public Radio has announced receipt of the largest gift in its history — an anonymous donation of $56 million that will endow “new media technology and enhanced content.” Read more here.

Last Friday’s Musical America reprinted its lead article from December 10, 1921, declaring that Cleveland had now emerged as a center for classical music in America. “With the music season in full swing and an average of six or seven concerts a week, Cleveland may be said to have reached almost its full growth as a great music center.” Read Cleveland Reaches Full Musical Growth here.

During the height of pandemic masking protocols, musicians’ facial expressions were pretty much limited to what the eyes could convey between performers. But exactly how important is eye contact in performances? Ariane Todes investigates in this article from the BBC Music Magazine.

June 13 marks anniversaries for Mexican composer and conductor Carlos Chavez, who was born in Mexico City in 1899, and American composer David Diamond, who died in Rochester, NewYork in 2005. Although each of them have been championed by individual conductors, their music awaits wider attention.

A graduate of the Cleveland Institute of Music who taught for years at Juilliard, Diamond’s works — along with those of other mid-century tonal composers — were overshadowed by the rise of atonal music.

Diamond’s extensive works list includes eleven symphonies and ten string quartets. He was honorary composer-in-residence with the Seattle Symphony, with whom Gerard Schwarz recorded his 1948 orchestral fantasy The Enormous Room, based on e.e. cummings’ autobiographical novel of the same name. Listen here.

The music of Chavez has all but disappeared as Latin American culture has faded from the American consciousness. Here’s a video where Bard College president Leon Botstein talks about the composer and Latin American music. Click here to listen to his Toccata performed by the Eastman Chamber Percussion Ensemble in Kilbourn Hall at the Eastman School of Music, Andrea Venet conducting, or here to watch his Sinfonia India led by Gustavo Dudamel — apparently in a football arena.

With this work, premiered in 1907, Sibelius offered a bold departure from the explosive emotionalism so prevalent in late-Romantic era music. This symphony was a renewed embrace of Classicism’s purity of form and melody, and one that, oddly enough, left many initial audiences of the day somewhat bewildered. END_OF_DOCUMENT_TOKEN_TO_BE_REPLACED

After eating a Po’boy from The Dawg Bowl Cajun food truck, I caught the first half of Brian Culbertson’s show in The Connor Palace Theatre. END_OF_DOCUMENT_TOKEN_TO_BE_REPLACED