Welcome to Thursday the 18th of February.

Thursday, or “Thor’s day,” gets its English name after the hammer-wielding Norse god of thunder, strength and protection. The Roman god Jupiter, as well as being the king of gods, was the god of the sky and thunder. “Thursday” comes from Old English “Þūnresdæg.” (Livescience.com)

Today’s events of note begin at noon on WCLV 104.9 Ideastream with “Lunchtime with The Cleveland Orchestra.” Franz Welser-Möst conducts music by Brahms, Bruckner, and Debussy.

See our Concert Listings for details.

In the latest edition of Conversations with Carl, Cleveland Pops director Carl Topilow catches up with baritone Michael Preacely. Click here to view on demand.

In other news, on Wednesday, March 3 at 5:30 pm, the Akron Black Artist Guild will hold a virtual event. Black artists and creatives are invited to join a discussion that includes questions such as: “What are our priorities? What do we need to achieve them? And how do we activate as a collective?” Click here to register.

The group is also seeking input and data. Black artists in Greater Akron are encouraged to submit responses to a short survey that will be used to inform plans for networking, advocacy, education, and collaboration for the Guild. Click here for more information.

We begin today’s Almanac by celebrating the birth of Greek conductor Dimitri Mitropoulos in Athens in 1896.

The young Dimitri exhibited musical talents at an early age and by his early teens hosted Saturday afternoon concerts at his home.

He studied at the Athens Conservatory as well as in Brussels and Berlin, where his teachers included Ferruccio Busoni. During the early to mid ‘20s he assisted Erich Kleiber at the Berlin State Opera.

The conductor made his U.S. debut with the Boston Symphony in 1936, and from 1937 to 1949 he was principal conductor of the Minneapolis Symphony Orchestra (now the Minnesota Orchestra). In 1949 he became co-conductor — with Leopold Stokowski — of the New York Philharmonic and in 1951 was named the Orchestra’s music director.

In addition to making numerous recordings for Columbia Records, Mitropoulos and the Philharmonic sought out new audiences by making appearances on television and giving performances at the Roxy Theatre.

During his tenure, he expanded the Philharmonic’s repertoire by commissioning new works and championing the symphonies of Mahler. Upon his departure in 1958, he was succeeded by his protégé, Leonard Bernstein. Click here to listen to Mitropoulos conduct the New York Philharmonic in a performance of Mahler’s Symphony No. 5. 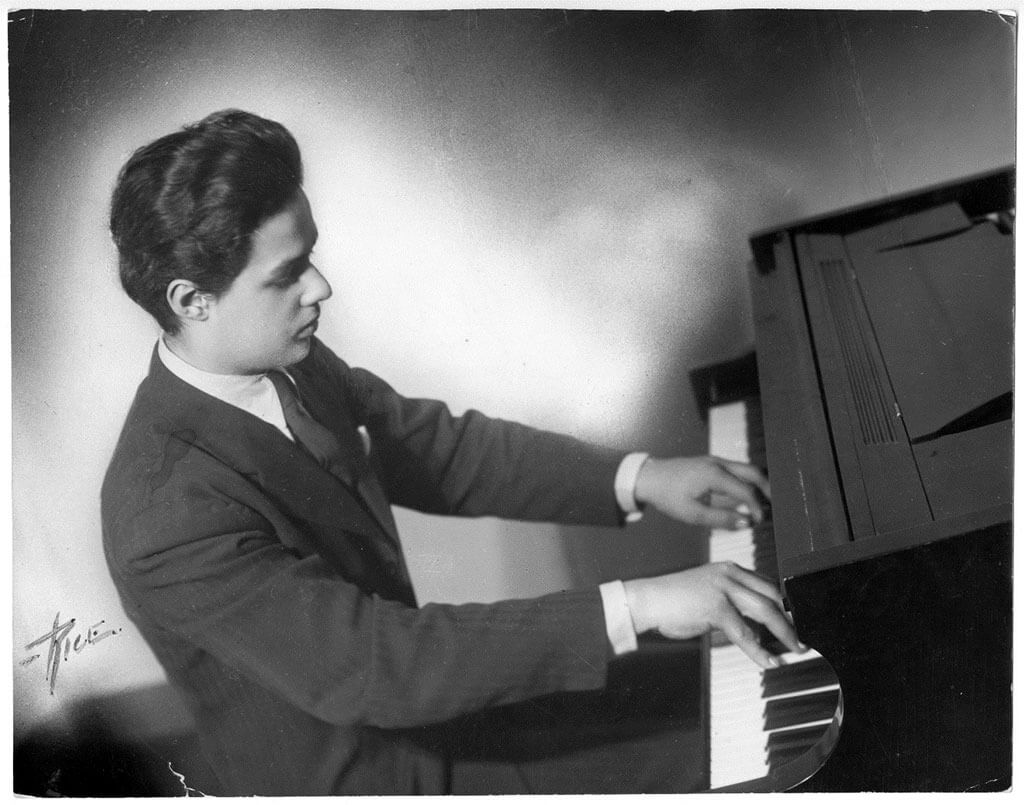 We also celebrate the arrival of pianist and composer André Mathieu in 1930 in Montreal. Often referred to as “the Canadian Mozart,” most of his compositions did not enjoy public recognition until after his death.

Born into a musical family — his father was a music teacher and composer, and his mother a cellist — the young Mathieu began to speak at the age of four months and began to walk at seven months.

Mathieu began composing at the age of four and performed his first composition during a public recital at six. In 1941 he was awarded first prize at the composition competition to commemorate the 100th anniversary of the New York Philharmonic — he was not yet twelve.

A student of Arthur Honegger in Paris for one year, after his return to Montreal, his life and career quickly deteriorated due to alcoholism and emotional problems. Mathieu died on June 2, 1968 at the age of 39. Like Mozart, a genius who left the world far too young. Click here to listen to pianist Alain Lefèvre play his Prelude No. 5.

A few compositions of note were heard for the first time on this date. February 18, 1947 saw the first performance of Gian Carlo Menotti’s one-act comic opera The Telephone by the New York Ballet Society at the Heckscher Theater, New York City. In 1952, cellist Mstislav Rostropovich gave the premiere of Prokofiev’s Sinfonia Concertante in Moscow with Sviatoslav Richter conducting. (Yes, the pianist). You can enjoy a performance by Rostropovich here — Finnish conductor Okko Kamu leads the Orchestre National de l’Opéra de Monte Carlo. 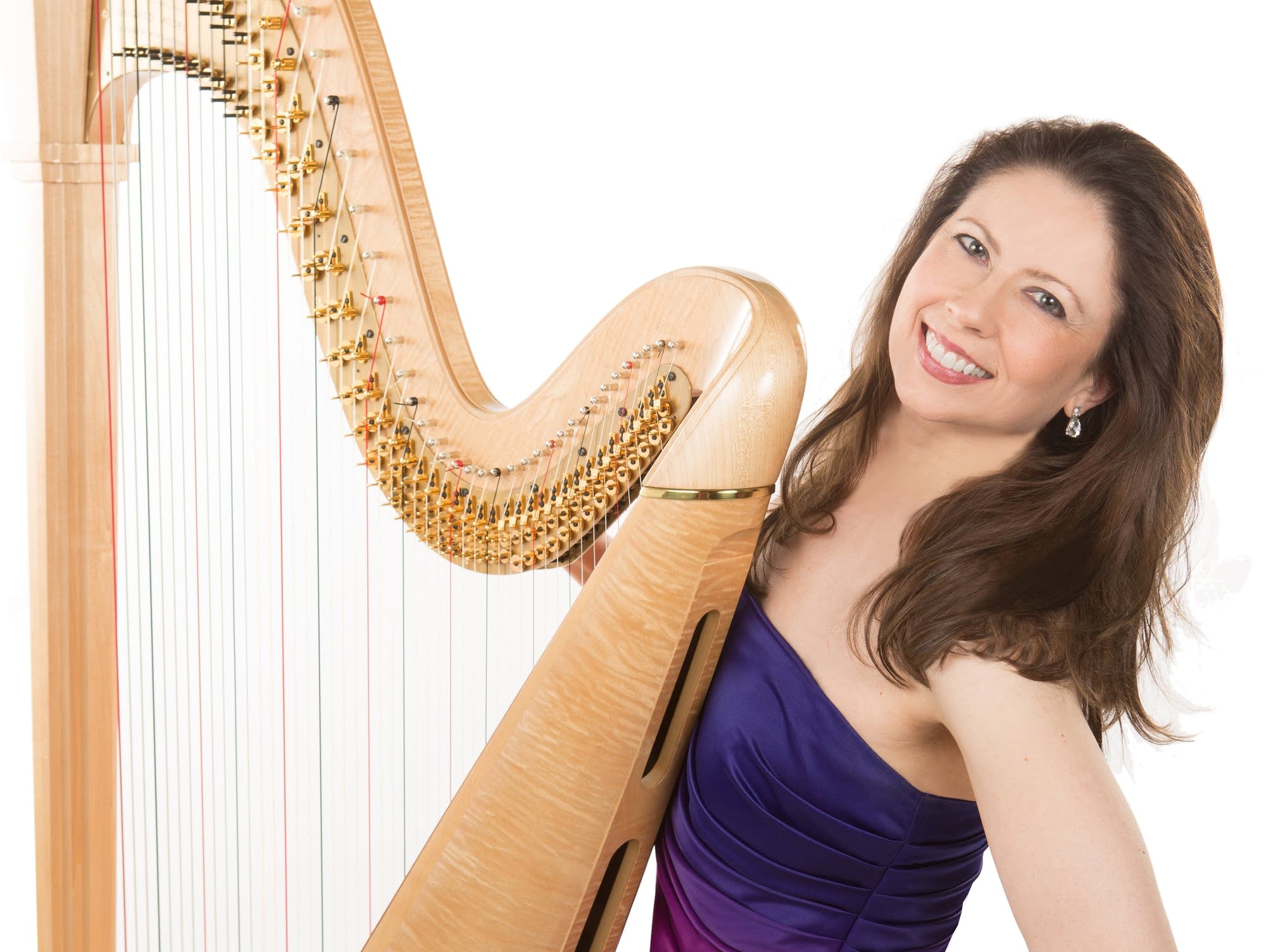 To cap things off, in 1965 Alberto Ginastera’s Harp Concerto finally made its debut by Nicanor Zabaleta and the Philadelphia Orchestra under the direction of Eugene Ormandy.

Renowned harpist and faculty member at Oberlin Conservatory and the Cleveland Institute of Music, Yolanda Kondonassis, beautifully documents the concerto’s storied history here. Click here to listen to the first movement as performed by Kondonassis with the Oberlin Orchestra and conductor Raphael Jiménez.

All three movements of that performance are available on Kondonassis’ recording Ginastera: One Hundred. The album also features performances by guitarist Jason Vieaux as well as violinist Gil Shaham and pianist Orli Shaham.

END_OF_DOCUMENT_TOKEN_TO_BE_REPLACED

Their fourth subscription concert, Games and Grounds, which premiered on February 18 and will be available through March 1, finds the members of Les Délices in top form and, if anything, more communicative with their audience than ever before, thanks to the digital magic of Erica Brenner and her audio/visual production team that includes Elaine Martone, Andrew Tripp, and Mathias Reed. END_OF_DOCUMENT_TOKEN_TO_BE_REPLACED

Banks carried four different saxophones with him to the audience-less West Shore Unitarian Universalist Church, along with two classic pieces he had transcribed and three powerful new works — one of them his own. He explained at the start that the new pieces would be receiving “workshop performances” as he prepares them for his Young Concert Artists (YCA) debut recital at New York’s Merkin Hall on March 10, when he will again be joined by Bjerken. END_OF_DOCUMENT_TOKEN_TO_BE_REPLACED