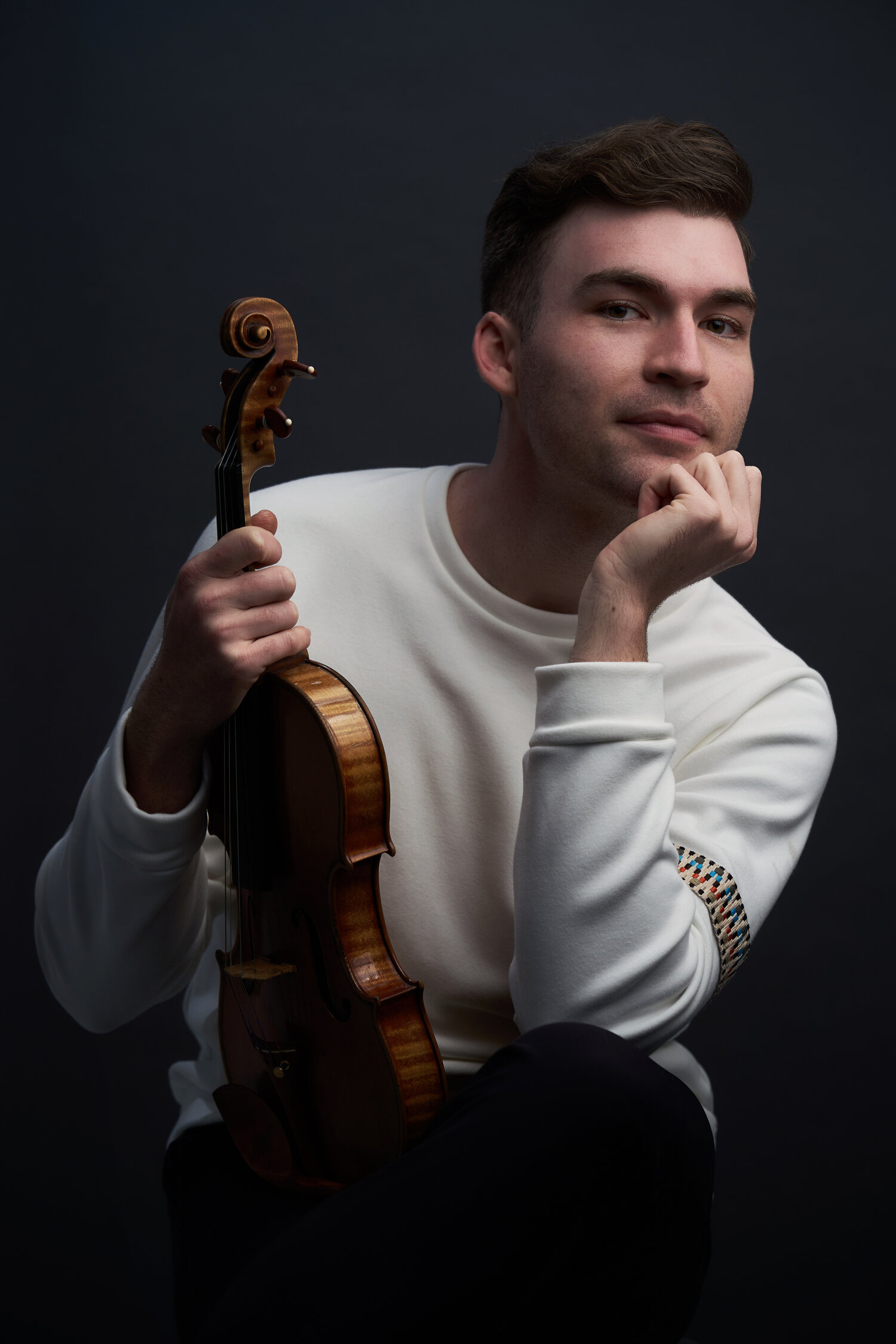 Only a single event to report today, but an important one: the first of three end-of-season, in-person concerts sponsored by the Cleveland Chamber Music Society features ChamberFest Cleveland favorite, violinist Alexi Kenney, with pianist Renana Gutman in works by J.S. Bach, Strozzi, Messiaen, Kurtág, Schumann, and Mozart. The performance, which can also be viewed online, introduces a new venue for CCMS, St. Paschal Baylon in Highland Heights, which offers more than enough elbow room for effective social distancing. But don’t forget your face mask. Details in our Concert Listings.

We’ll begin by noting the recent passing of mezzo-soprano Christa Ludwig on April 23 at the age of 93. A fixture with the Vienna State Opera for more than 30 years, Ludwig enjoyed a stellar career in opera, oratorio, and art song. In a Guardian obituary, Barry Millington writes,

She habitually named three conductors from whom she had learned everything she needed to know about music: Karl Böhm for precision, Herbert von Karajan for beauty of sound and legato, and Leonard Bernstein for the expressive quality and joy of music.

A few examples of Ludwig’s art show the range of her voice and interpretive talent. First, a 1962 recording of “Erbarme dich” from Bach’s Matthew-Passion with Otto Klemperer.

Then, “Der Abschied” from Mahler’s Das Lied von der Erde with Leonard Bernstein and the Israel Philharmonic in 1972.

And from the other side of Bernstein, the tango “I am easily assimilated” from his Candide, recorded with the London Symphony at the Barbican in 1989, the composer conducting.

Finally, here’s a complete recording of her last concert at Vienna’s Musikverein in 2003 with Charles Spencer at the piano.

On this date in classical music history, Russian-American musicologist, composer, conductor, and (according to himself) standup comedian Nicolas Slonimsky, was born in St. Petersburg in 1894. And on April 24, 1915, Russian composer Alexander Scriabin died of blood poisoning at the age of 43.

Slonimsky, who died in 1995, was one of the great characters of the 20th century. As editor of Baker’s Dictionary of Music and Musicians, he penned priceless autobiographies as prefaces to various editions, and edited such compendia as The Lexicon of Musical Invective, a collection of critical assaults on composers since Beethoven’s time. Watch the documentary, A Touch of Genius here, and enjoy his appearance on the Johnny Carson Show in 1986 at the age of 92, where Slonimsky “speaks about Frank Zappa (4:40​), demonstrates conducting quintuple time with one hand and duple time with the other (7:21​), tries to demonstrate his perfect pitch (10:51​) and plays Chopin’s “Black Key” Étude with an orange (12:08​).”

Scriabin made an impressive splash in the Russian piano world during his brief lifetime, but was almost as quickly forgotten. His pieces regularly show up in piano competitions. Martin James Bartlett, winner of Piano Cleveland’s Virtu(al)oso Competition, played Scriabin’s Fourth Sonata in the final round (watch here).

And Martina Filjak, 2009 CIPC Gold Medalist, knocked everyone’s socks off in her semifinal round with Scriabin’s Nocturne for the Left Hand.