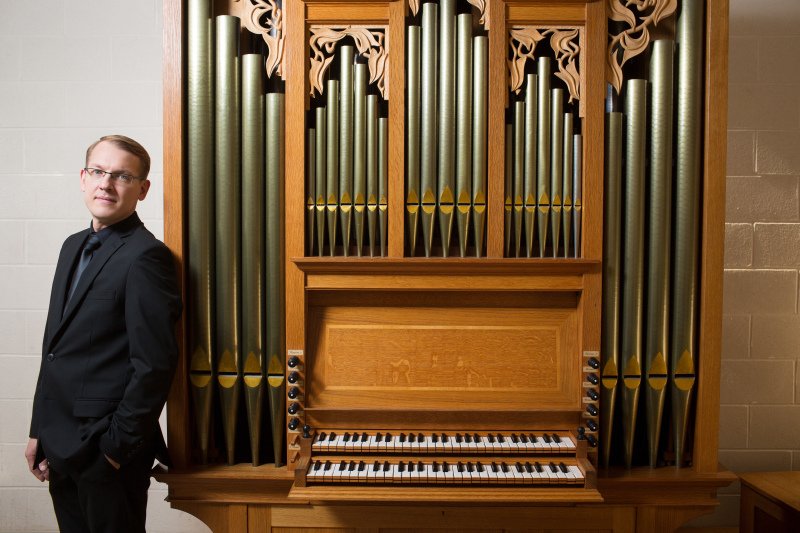 After the concert was postponed last week, organist Jonathan Moyer will get the chance to play the complete Nedêlní Hudba (“Sunday Music”) by Petr Eben today at noon in a livestream-only concert presented by the Church of the Covenant. Watch on YouTube.

And as a reminder, the concert by the Danish String Quartet on the Cleveland Chamber Music Society series, previously scheduled for tonight, has been cancelled due to positive COVID-19 test results from one of the performers — wishing them a quick recovery. Ticketing questions? See yesterday’s Diary.

In more weighty news, The New York Times undergoes a self-evaluation: out of deference to its style guide, did the paper ever refer to the late rock singer Meat Loaf as Mr. Loaf ? Matt Stevens investigates here — click the arrows to discover the truth.

The name Robert Burns has already come up in our pages a few times in recent weeks. That’s because Scotland’s national bard was the inspiration for Les Délices’ concert video “The Highland Lassie,” released five days ago as an early celebration of the anniversary of the poet’s birth on January 25, 1759 — 263 years ago today. Watch the concert here.

Speaking of that anniversary — on this date, you might celebrate Robert Burns Day, a.k.a. Rabbie Burns Day, Burns Day, and Burns Night. Whatever you name it, the party might include a Burns Supper, traditionally kicked off with a bagpiper greeting the guests, and continuing with a welcome speech, then the saying of grace — usually the Selkirk Grace, attributed to Burns and written in Scots:

Some Folk hae meat that canna eat,
And some can eat that want it;
But we hae meat, and we can eat,
So let the Lord be Thanket! 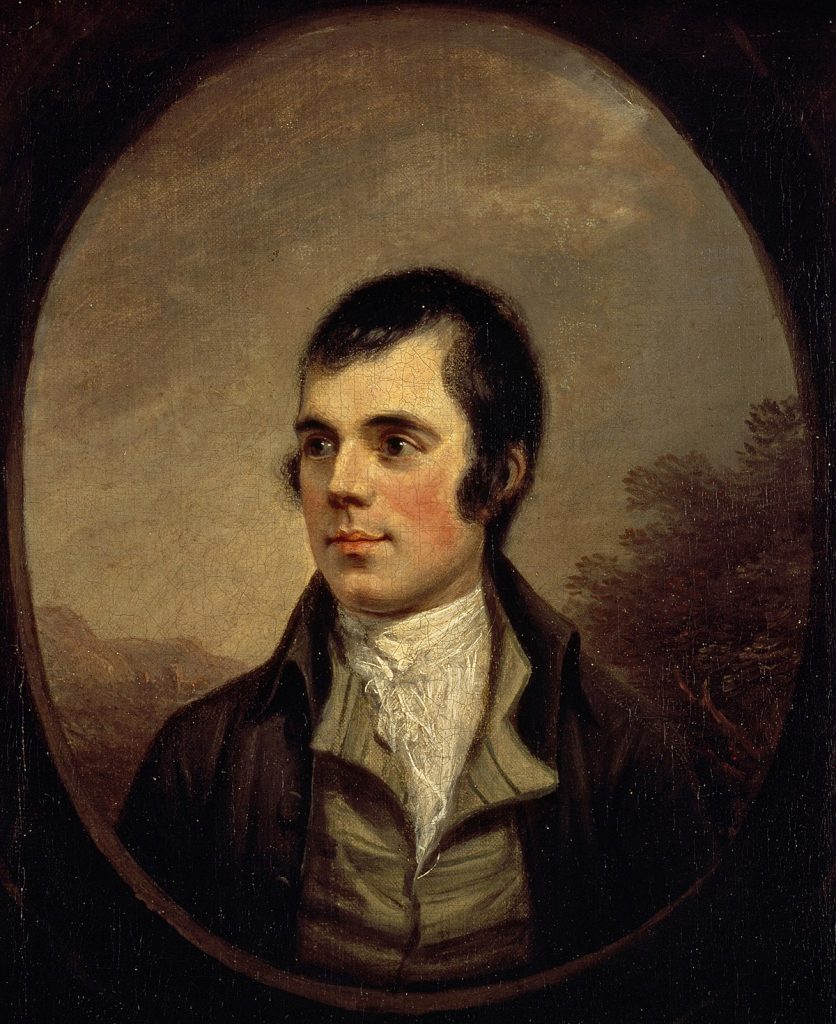 Have you ever addressed the main course of your meal with the reading of a poem in its honor? If so, you’ll be ready for the recitation of Burns’ poem To a haggis, which welcomes, as Britannica describes the national dish of Scotland,

a type of pudding composed of the liver, heart, and lungs of a sheep (or other animal), minced and mixed with beef or mutton suet and oatmeal and seasoned with onion, cayenne pepper, and other spices…packed into a sheep’s stomach and boiled.

The poem’s third stanza plays a particularly important role:
His knife see rustic Labour dight,
An cut you up wi ready slight,
Trenching your gushing entrails bright,
Like onie ditch;
And then, O what a glorious sight,
Warm-reekin, rich!

(Read an English translation of the poem from the Alexandria Burns Club here.) When the first line of that stanza arrives, the reader cuts along length of the haggis’ casing, Trenching [the] gushing entrails bright. One note: an article from the BBC advises making a small cut in the skin of the haggis before it arrives on the table.

Instances are recorded of top table guests being scalded by flying pieces of haggis when enthusiastic reciters omitted this precaution! Alternatively, the distribution of bits of haggis about the assembled company is regarded in some quarters as a part of the fun… 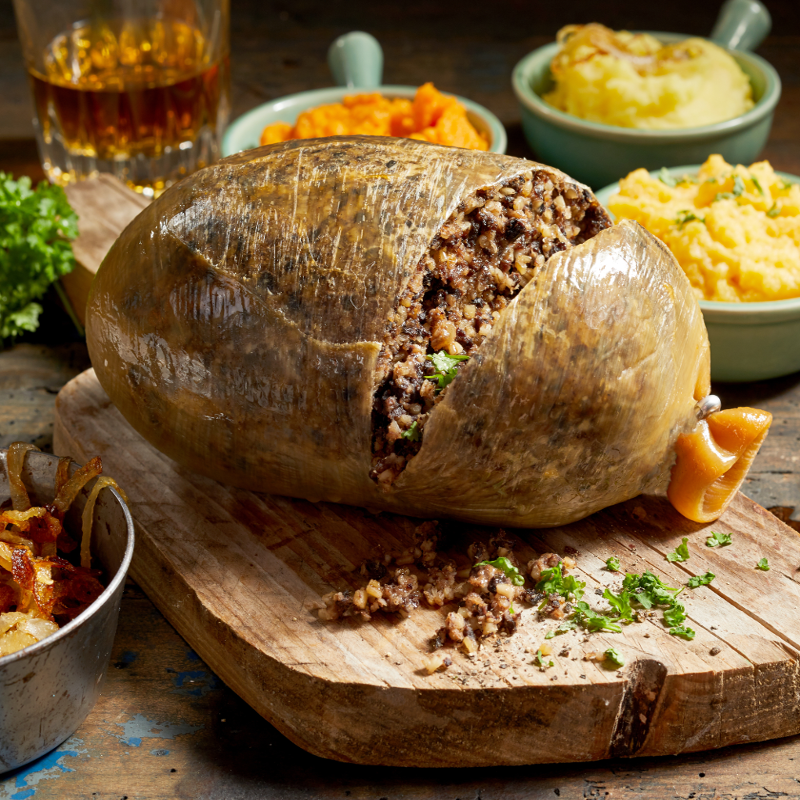 The poem’s last stanza (below) brings another highlight of the celebration, the reader lifting the dish into the air triumphantly at the final line.

Ye Pow’rs, wha mak mankind your care,
And dish them out their bill o fare,
Auld Scotland wants nae skinking ware
That jaups in luggies:
But, if ye wish her gratefu prayer,
Gie her a Haggis

Now, before it is served, the final step before eating — and if you don’t feel like listening to traditional Scottish music by the end of reading this, some self-reflection is in order — is for everyone to raise their glass and shout in unison: The haggis!

The cimbalom was the feature of the show, an instrument capable of taking on many personas. Its performer, Chester Englander, has shaped his career around the instrument, and has inspired composers to write more repertoire for it, some of which was presented on the program. END_OF_DOCUMENT_TOKEN_TO_BE_REPLACED

You wouldn’t expect that acoustic from a glance at the nave, which is wide and long, but not especially lofty. But when I guest conducted a local amateur choir and professional orchestra in Beethoven’s Mass in C there a few years back, during the first rehearsal we released the final chord of the “Gloria” and listened in astonishment for the next several seconds. The sound continued to roll down the space like the big wave that surfers dream about. END_OF_DOCUMENT_TOKEN_TO_BE_REPLACED