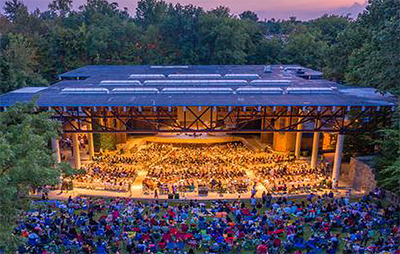 Opera Western Reserve announces local actor auditions for its November 12 production of Romeo and Juliet at Stambaugh Auditorium in Youngstown, which will combine text from Shakespeare’s play with orchestral and vocal music from Gounod’s opera, sung in French. “We are auditioning specifically for the roles of: Paris and Abram (stage combat experience preferred), Capulet, Lady Capulet, Montague, Lady Montague, Nurse, and Friar, who will be performing Shakespeare monologue and dialogue in English.” Auditions will be held on Monday, August 9 from 7-9 pm, and Tuesday, August 10 from 4-6 pm, at Stambaugh Auditorium. Contracts are paid. Rehearsals begin in October. Advanced audition appointment not necessary. For more information, email Lynn Ohle. 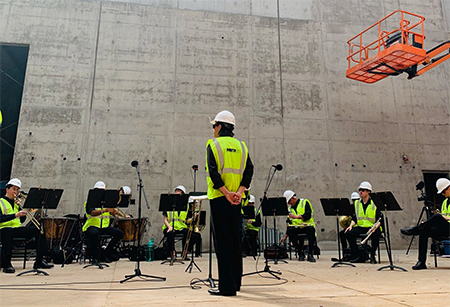 Erie, Pennsylvania’s Warner Theater, home to the Erie Philharmonic, in which a number of Cleveland musicians play and whose music director, Daniel Meyer, also leads BlueWater Chamber Orchestra, is being renovated for a grand re-opening in December. The orchestra has released a fun video of its brass section playing Copland’s Fanfare on the construction site, suitably decked out for the occasion. Thanks to timpanist Andrew Pongracz for the link.

Paik, also a mixed media and video artist, was a student of Karlheinz Stockhausen and John Cage, whose moment of notoriety came in 1967 when cellist Charlotte Moorman was arrested for performing his Opera Sextronique topless — although other works of his, like his hommage à john cage, which calls for the destruction of two pianos, stick in the collective memory. Click here to watch a collage of his film and music, selected by musicians who worked with him.

In a review of Wolfgang’s 2016 recording, Passing Through, Lynn Rene Bayley wrote, “Every so often, a recording comes along that is really off the beaten path … so far off, in fact, that it seems to create its own genre … Wolfgang’s music is not just jazz music with a little more form, or classical music that swings. He has found a way to completely blend the two types of music in such a way that there is no real delineation between them … a beautiful and deeply moving listening experience.“

Listen to an interview with composer and film-score writer Gernot Wolfgang here.

And Michael Gordon, who co-founded New York’s Bang On A Can Festival along with his wife, Julia Wolfe, and David Lang, spent his early years in Nicaragua, moving to Miami at the age of eight. His music has been equally influenced by his experience playing with underground rock bands in New York and his studies at Yale (he currently teaches at the University of Southern California.

Gordon’s 8, for an octet of cellists, belongs to a series of works for multiple players of the same instrument — six percussionists in Timber, seven bassoonists in Rushes, and four electric guitarists in Amplified. Click here to listen to a performance by Cello Octet Amsterdam. “The eight cellists… are positioned in a circle, and the passages they play travel around the circle in both directions, call-and-response style. If you’re in the middle of the circle, you can hear the dimensionality and perspective of the sound clearly. When listening closely to the recording, you can hear the bass notes traveling in space independently of the melody line. Each cellist plays both the melody and the bass, switching back and forth in a choreography of musical roles.”

END_OF_DOCUMENT_TOKEN_TO_BE_REPLACED

What was that strange din coming over the live feed from Ludwig Recital Hall on Friday evening, July 23, as the Miami String Quartet filed onstage to play the third faculty recital of the Kent Blossom Music Festival? Accustomed as we were during the pandemic ban on live audiences to hearing the sound of no hands clapping, it was both startling and thrilling to witness a large crowd putting their hands together to welcome one of the Festival’s perennial favorites back for an in-person performance. END_OF_DOCUMENT_TOKEN_TO_BE_REPLACED

Practical reasons aside, there aren’t many ensembles who can put together an all-Mozart evening as elegantly as The Cleveland Orchestra. END_OF_DOCUMENT_TOKEN_TO_BE_REPLACED