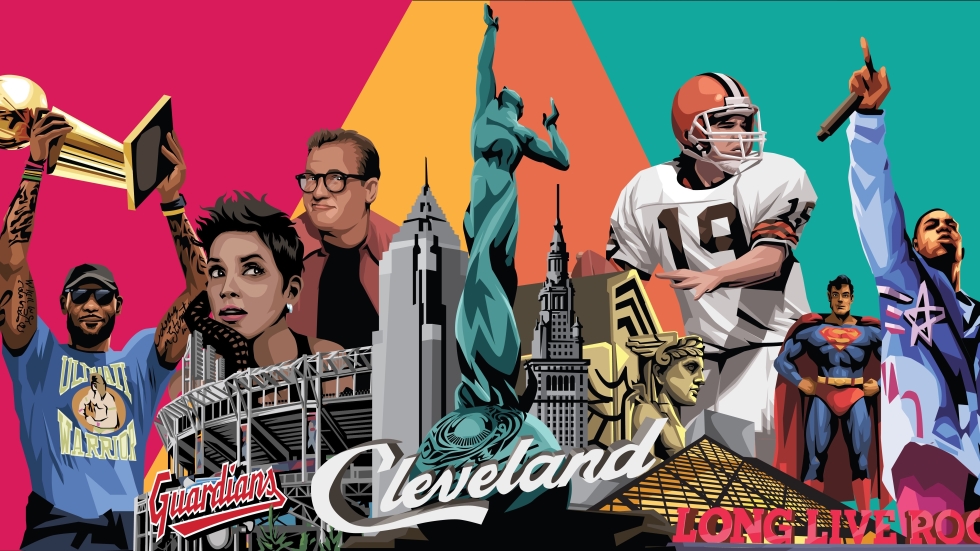 •News: celebrate Cleveland on Google Arts & Culture (pictured), and revisit the combination of orchestra and effects pedals from Akron Symphony and EarthQuaker Devices

One event on our radar tonight. At 7:30 pm, Carlos Kalmar and the CIM Orchestra will perform Olivier Messiaen’s L’Ascension and Anton Bruckner’s Symphony No. 4 at Severance Music Center. It’s free.

Through a partnership between Google and eighteen Cleveland-based organizations, the city’s culture is now celebrated in digital fashion on Google Arts & Culture, which can be explored online and as an app. The partnership was launched last week, making Cleveland the sixth American city to be featured on the platform.

Speaking of partnerships, the Akron Symphony and EarthQuaker Devices came together this past March for the premiere of Confluence – A Concerto for Orchestra, and that performance is now available to watch online until January 5. Co-composed by Jon Sonnenberg and Jake Gunnar Walsh, the piece features the combination of orchestral instruments and effects pedals, as well as a newly invented instrument created specifically for the piece: the “confluence harp.” Watch here. 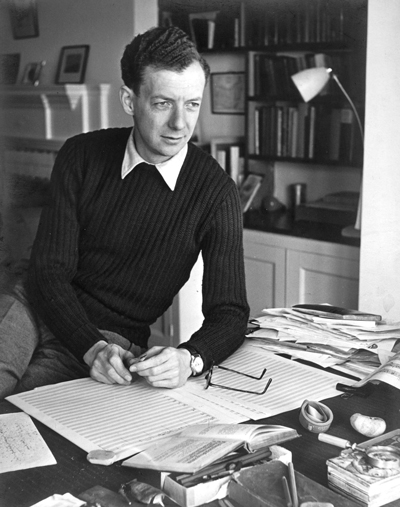 In addition to being the feast day of St. Cecilia, the patron saint of music and musicians, November 22 marks anniversaries for several composers. Those born on this date include Benjamin Britten (1913), Joaquin Rodrigo (1901), and Gunther Schuller (1925), while Sir Arthur Sullivan passed away on November 22, 1900. We’ll choose two of those names today.

One of the leading composers of the 20th century, Benjamin Britten wrote in several genres of vocal music as well as orchestral and chamber music, but he left his mark perhaps most famously in opera. Born in Lowestoft, Suffolk, England in 1913, he first reached international fame at the age of 31 with Peter Grimes. That was but one of fourteen operas he would write, a list that spans both the grand tradition of opera (such as Peter Grimes and Billy Budd) and chamber opera (including Albert Herring and The Turn of the Screw).

Given the success of that breakthrough work, it’s no surprise that Peter Grimes has also spawned a well-known and well-loved orchestral suite. Listen to the Four Sea Interludes here, as played by Paavo Järvi and the Cincinnati Symphony. 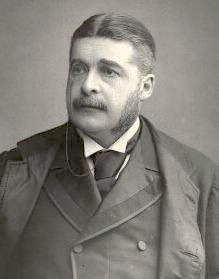 Fourteen may be the magic number today — not only the number of operas Britten wrote, but also the number of operatic collaborations between Sir Arthur Sullivan and the dramatist W.S. Gilbert. Likely more familiar to you than either of those names separately is their partnership: Gilbert & Sullivan, synonymous with comic opera.

A recent article by Michael Simkins in The Guardian explored the continued relevance of that duo — particularly when their works receive creative, inspired productions.

Gilbert’s barbed satire and Sullivan’s glorious pastiches have always been joyously seditious. The blinkered certainties of the class system are deftly lampooned in works such as Iolanthe and HMS Pinafore, the absurdities of cultural and political trends are revealed in all their transient folly in Patience and The Gondoliers, while the aspirations of Great Britain as a global superpower has never been more deftly skewered than in their penultimate work, Utopia, Limited.

If the operas illuminate how we still like to see ourselves, it’s in a distinctly bilious yellow. All they need is for the crusted layers of stale tradition to be scraped away for them to shine once more in all their original glory.

As part of their virtual festival in 2020, Ohio Light Opera presented a collection of Gilbert & Sullivan performances from the archives. Watch scenes from The Yeomen of the Guard, Patience, H.M.S. Pinafore, and The Pirates of Penzance here.

Supported by engagingly, yet simple staging by Cara Consilvio, a well-prepared cast of singers told the archetypal story of Cinderella with charm and flair. Framing the production was  a sparse but colorful set and wonderful lighting by Dave Brooks. END_OF_DOCUMENT_TOKEN_TO_BE_REPLACED

END_OF_DOCUMENT_TOKEN_TO_BE_REPLACED

The music isn’t easy to play, either. Over the course of two hours, all of the musicians brought fantastic focus to the unrelenting tricky rhythms and countless layers of parts, all of which require a high level of individual responsibility. Even in the moments of calm, the accompaniment remains perpetually unsettled. Adams — who made a sprightly presence on the podium — combines minimalist, repeating motives in gradual layers, which eventually become so dense they overwhelm the senses. Lisa Wong deserves special mention for her thorough preparation of the Cleveland Orchestra Chorus, as does Jennifer Rozsa for the Children’s Chorus, which made a brief but memorable appearance in the last few minutes. END_OF_DOCUMENT_TOKEN_TO_BE_REPLACED