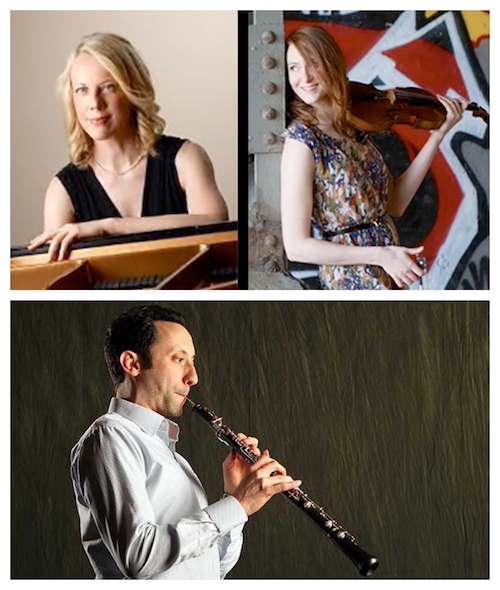 Two afternoon, in-person options, both at 12:15 pm. Violinist Wendy Case and pianist Caroline Oltmanns play early Beethoven sonatas in a Dana School of Music faculty concert at the Butler Institute of American Art. And organist Florence Mustric plays music by Haydn and Pachelbel in “The wind at my back” at Trinity Lutheran Church.

Then at 7, with the option of attending either in person or via stream, a Cleveland Institute of Music faculty recital highlights oboist Frank Rosenwein, who is joined by Jaime Laredo, violin, Carolyn Gadiel Warner, harpsichord, and Marc Damoulakis and Thomas Sherwood, percussion, in works by Irving Fine, Alyssa Morris, and J.S. Bach.

The Cleveland Orchestra has updated its health and safety policies. Beginning September 15, all audience members ages 12 and over attending concerts and events at Severance Hall will be required to be fully vaccinated against COVID-19. Guests who cannot be vaccinated will need to provide a negative PCR test completed within 72 hours prior to entering the building. Everyone will be required to wear a mask. Read the press release here. 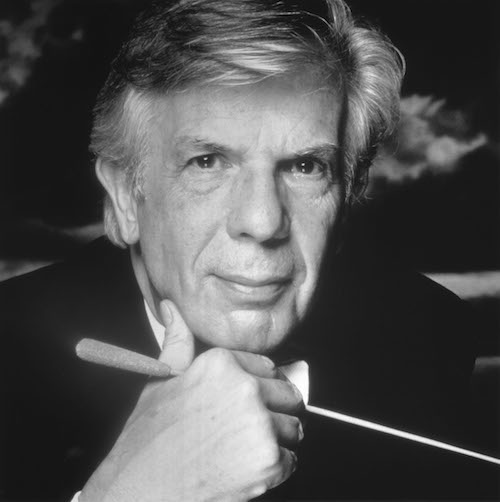 Performers bring the creations of composers to our ears, and so it is with our almanac today. We celebrate not only the 92nd birthday of Cleveland Orchestra music director laureate Christoph von Dohnányi (above), but also, through the motions of his baton, the 180th anniversary of the birth of Antonín Dvořák (1841), and 72 years to the day since the passing of Richard Strauss (1949).

Some quick facts about Dohnányi’s time on the podium in Cleveland (1984-2002). One of the big emphases of his tenure was international touring, which included performances at the Salzburg and Edinburgh Festivals, and the Orchestra’s first concert in mainland China. Another emphasis was recording, including the complete symphonies of Beethoven, Brahms, and Schumann.

Among that large discography, listen to Dvořák’s Symphonies Nos. 6-9 in a YouTube playlist, and head to Spotify for an album that pairs Strauss’s Ein Heldenleben and Till Eulenspiegels lustige Streiche.

Plus, there was the founding of the Cleveland Orchestra Youth Orchestra and Youth Chorus, and the two-year, $36 million renovation of Severance Hall (1998-2000). That included a new shell that retained the famous acoustic qualities of the so-called “Szell Shell” — perhaps also moving to a warmer and less bright sound, some say — and that better matched the hall’s art deco aesthetic.

But the Szell iteration had another, bigger problem — an internal organ problem. In the words of the firm behind the renovation, David M. Schwartz Architects,

The installation of the 1958 ‘Szell Shell’ also made the critical mistake of entombing — and thus rendering useless — the hall’s 6,025-pipe E.M. Skinner organ.

It’s true, the instrument often had to be amplified with speakers to even be heard. One part of the solution was a newly-constructed space behind the stage to house the organ chambers. Another was that the facade of the new stage design allowed the organ’s sound to project easily into the hall, as Kate Rogers describes in a story for the Cleveland Orchestra Archives.

Plus, the instrument underwent an extensive restoration by the Schantz Organ Company in Orrville. (Below, from the Orchestra’s Archives: restoration of the organ pipes, left, and construction of the new facade pipes, right.) 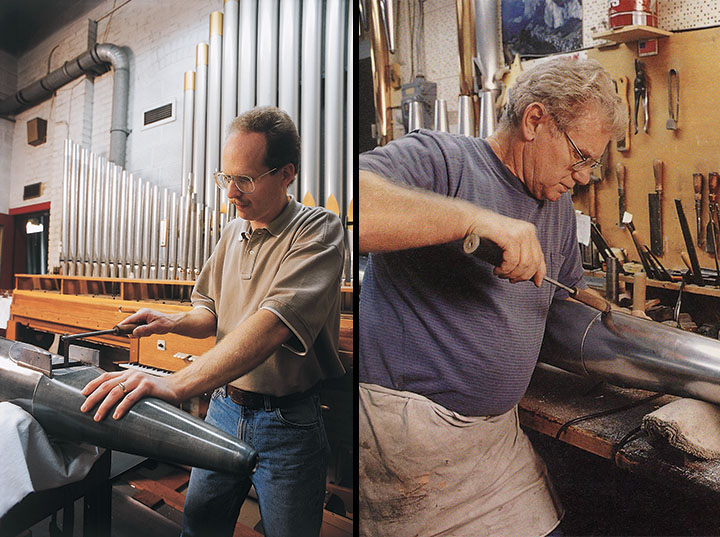 The result: an instrument regarded as one of the top concert hall organs on the continent. As Rogers puts it, “this ‘king of instruments’ has found its voice.”

Even without Dohnányi at the podium, any 21st-century performance on that restored instrument owes him a debt of gratitude. And so we conclude with a release from last year on The Cleveland Orchestra’s A New Century, Vol. 3: the world premiere recording of Okeanos, Bernd Richard Deutsch’s concerto for organ and orchestra, featuring Paul Jacobs as soloist. Here’s the third movement, a personal favorite of mine for its sonic and emotional power — “king of instruments” indeed.