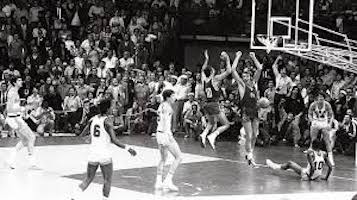 On September 9, 1972, the Soviet Union defeated the United States, 51-50, in the Olympic Men’s Basketball Final, considered one of the most contentious sporting matches in history. The final three seconds were played out three times — a succession of confusing, controversial restarts.

That got me thinking about classical music “restarts,” a term that before the coronavirus pandemic meant something different: a pause in a performance, maybe because of a cell phone going off. (A small thing to complain about these days — though can you imagine that happening in the first concert after COVID?) Classic FM gathered video of a few such instances, some painfully awkward, some passive-aggressive, some creative, some humorous.

The NBA is well into its own restart in a carefully managed “bubble” near Orlando, Florida. There’s a lot to discuss about that — health, economics, the use of testing, time away from family, the emotional importance of entertainment for the public, and the worry about distracting from the Black Lives Matter movement. Those are all serious issues with potential connections to the return of classical music concerts (though the two fields are different in many ways). 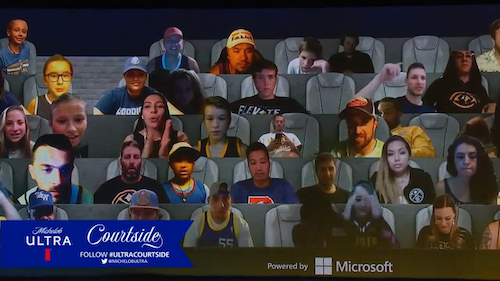 On a more light-hearted note, those games have included artificial crowd noise and virtual fans (above, from a recent playoff game) — an interesting if slightly dystopian way to imitate the normally buzzing atmosphere of an arena.

The classical music world is familiar by now with the strangeness of audience-less concerts. Has anyone tried pumping in a little bit of fake applause to fill the silence after a performance? What about playing to an audience of digital faces or cardboard cut-outs? It might be interesting to see if any historical figures appear in the crowd — a new version of the “guests at a dinner party” question. And at the very least, it could be worth a laugh.

Lunchtime with The Cleveland Orchestra includes works by Richard Strauss, Debussy, and Verdi — the “Libera me” from his Requiem, featuring soprano Twyla Robinson and the Cleveland Orchestra Chorus. The Met Opera brings back a 2008 performance of Berlioz’s La Damnation de Faust. See our Concert Listings for details.

Joining a long list of arrangers, Parker Ramsay has now transcribed the Variations for the modern pedal harp, an instrument for which he holds a master’s degree from Juilliard, in addition to a degree in history from Cambridge University, plus a master’s in historical performance (organ and harpsichord) and an artist diploma (organ) from Oberlin. END_OF_DOCUMENT_TOKEN_TO_BE_REPLACED

As organizations gingerly take steps to open up for business, it’s refreshing to have new content to listen to and write about after a solid six months of archival footage. END_OF_DOCUMENT_TOKEN_TO_BE_REPLACED

END_OF_DOCUMENT_TOKEN_TO_BE_REPLACED

Over the past few years, Brian Giebler has visited Northeast Ohio in settings both orchestral and choral, and with repertoire as diverse as Stravinsky, Bach, and the local premiere of a new work. In his impressive solo recording debut a lad’s love, released on Bridge Records, the New York City-based tenor turns his focus to British songs from the first half of the 20th century — a mix of cycles and individual works — and tops off the playlist with a touch of the modern. END_OF_DOCUMENT_TOKEN_TO_BE_REPLACED

To steal a phrase from the third-century Greek philosopher Sextus Empiricus, the mills of the gods grind slowly, but they grind exceedingly fine. The same goes for Deutsche Grammophon. It’s been a dozen years since they were recorded in Hamburg in 2009, but the German company has now issued fifteen Rachmaninoff piano pieces magnificently and poetically played by Sergei Babayan. END_OF_DOCUMENT_TOKEN_TO_BE_REPLACED

END_OF_DOCUMENT_TOKEN_TO_BE_REPLACED

After considering all its options, Cleveland’s period ensemble Les Délices decided to fully embrace the idea of creating pre-recorded “shows” in the place of live, in-person performances this season. END_OF_DOCUMENT_TOKEN_TO_BE_REPLACED