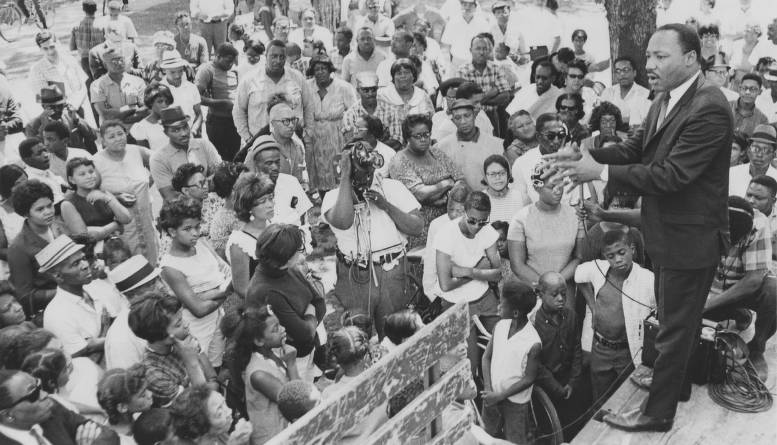 . ​​Innovators: Did Denner invent the clarinet? Köchel did create a catalog of Mozart’s works, Schenker originated the Urlinie, and Schindler concocted quite a few facts about Beethoven

On Sunday at 7:30 pm the Oberlin Sonny Rollins Jazz Ensemble, directed by Bobby Ferrazza, will perform at Dionysus Club in Oberlin. This is a preview of the music they will perform on tour in New York City January 17-20. Webcast at the time of the performance. Click here to watch.

And on Monday Les Délices drops SalonEra 3.4: No Straight Answers This episode highlights queer artists working in the realm of Baroque opera. Episodes stream free from their premiere date thru June 30, 2023. Click here.

There are also a number of events in honor of MLK Day.

On Sunday January 15 at 3:00 pm The Music Settlement will present a concert celebrating Dr, King’s life and mission through music and the written word at the Bop Stop. This concert is SOLD OUT.

At 7:00 pm Daniel Reith will lead The Cleveland Orchestra in the annual Martin Luther King Day Celebration, with Soloman Howard, bass and narrator, Peter Lawson Jones, narrator and emcee, and the Martin Luther King, Jr. Celebration Chorus, Dr. William Henry Caldwell, director. The program includes music by Black composers Florence Price and William L. Dawson,. Severance Music Center. Although the concert is SOLD OUT, it will be broadcast live on WCLV 90.3, WKSU 89.7, and live, simultaneous streaming is available at ideastream.org.

On Monday January 16 beginning at 10:00 am, the Cleveland Museum of Art will honor the life of Dr. Kings. This free daylong celebration explores the theme “It Starts with Me: Cultivating a Beloved Community Mindset to Transform Unjust Systems” through storytelling, art making, and reflective writing prompts. The museum will be open until 5 pm, with activities and tours from 10:00 until 4:00. Click here for more information.

Also beginning at 10:00 am, the Cleveland History Center will honor the life of Dr. King with a free, daylong celebration exploring the theme, “It Starts with Me: Cultivating a Beloved Community Mindset to Transform Unjust Systems” through storytelling, art making, and reflective writing prompts. The museum will be open from 10:00 am until 5:00 pm. Click here for more information.

Cleveland Institute of Music cello professor Sharon Robinson reports that the Institute is partnering with the Cleveland Kosher Food Pantry again this year, and a “stellar program” has been lined up for its Music For Food Benefit on February 13 that will feature student and faculty performances of music by Ernst Bloch, Brahms, Valerie Coleman and others. Watch the CIM concert listings for details.

Speaking of Mozart, a century and a decade later, Ludwig Köchel, who created the first chronological catalog of Mozart’s works and assigned them KV (“Köchel Verzeichnis”) numbers, was born in Lower Austria on January 14, 1800. He was also a skilled botanist — not a bad hobby for someone who sorts musical works out into categories.

Other individuals who contributed to the history and theory of music include Heinrich Schenker (who died on January 14, 1868, leaving us the tools to strip Mahler Symphonies and Schubert songs down to their essences), organist, Bach scholar, medical missionary, and humanitarian Albert Schweitzer (born on January 14, 1875 in Alsace), and — mentioned with some reservations — Anton Schindler (who died on January 16, 1795), the undependable biographer of Beethoven, always ready to make things up when needed.

Living figures with birthdays this weekend include conductor Nic McGegan (born January 14, 1950,  and mezzo-soprano Marilyn Horne (January 16, 1934). Among those who are no longer with us, we should take note of the birthday of organ builder E.M. Skinner (January 15 in Clarion, PA), and memorialize conductor Arturo Toscanini (departed on January 16, 1957) and Dutch harpsichordist and conductor Gustav Leonhardt (who died on January 16, 2012). Click here to watch Leonhardt, who was also an organist, perform J.S. Bach’s Prelude & Fugue in c, BWV 546 on the 1734 Christian Müller instrument in Amsterdam’s Waalse Kerk.