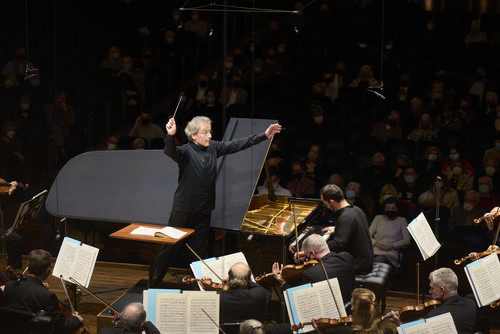 Organist Nicole Keller will give a recital on the rarely-heard-these-days Holtkamp instrument in Gartner Auditorium at the Cleveland Museum of Art on Sunday at 2:30 pm. The menu includes works by J.S. Bach, Calvin Hampton, Rayner Brown, Paul Hindemith, Mozart & Florence Price. It’s free.  (NOTE: this recital has been postponed until spring due to the COVID surge.)

Cleveland Orchestra cellist Brian Thornton, one of the last students of Lev Aronson, who survived the atrocities of the Nazis to become principal of the Dallas Symphony and a beloved mentor to young cellists, founded a festival in Aronson’s honor. Thornton writes,

We are holding our next festival in Cleveland between June 6-12, 2022, at the Cleveland Institute of Music and at Severance Music Center. The events will span seven days and will include special programming filled with memorable performances and world class artists — in addition to innovative and interactive speakers and sessions called “LevTalks” that will inspire, inform, reflect upon, provoke, challenge and confirm the modern world of classical music around us. In this time of rapid change with the arts under siege, we must find ways to connect and embrace our community.

Premiere of Knussen work for Cleveland to take place in Aldeburgh

The late British composer Oliver Knussen ran out of time when writing his Cleveland Pictures on commission for The Cleveland Orchestra, a project whose origin dated back to the 1990s and was intended to include seven movements based on works by Rodin, Velásquez, Gaugin, Tiffany/Fabergé, Goya, Masson and Turner in the collection of the Cleveland Museum of Art. Its premiere was originally scheduled for this date in 2004.

The unfinished work will be performed twice on June 24 as part of a special day devoted to Knussen’s music at Britain’s Aldeburgh Festival by Knussen’s regular collaborators, the BBC Symphony Orchestra and Ryan Wigglesworth.

Even in its incomplete form, at 15½ minutes the work ranks as one of Knussen’s most extensive orchestral statements. Of seven projected movements, four exist complete, two exist as fully-orchestrated fragments, and one exists only as a 10-bar sketch in short score.

“It is a huge privilege to be publishing Knussen’s Cleveland Pictures. Throughout the many painstaking discussions that have led to this point, Sonya Knussen and I have always been united in our belief that every note of these extraordinarily vivid orchestral pieces must be presented exactly as Knussen left them – with no interventions or attempts at completion. Knussen’s music, in all its meticulous artistry and dazzling invention, speaks for itself.”

The Cleveland Orchestra is planning a U.S. Premiere at a later date. Read more here.

Variety reports that the Grammy Award Ceremony is being postponed due to the recent surge in viral infections. “While the 2022 show had been moving full speed ahead to take place on Jan. 31 before a full audience at its traditional venue, the Crypto.com Arena (formerly known as the Staples Center) in downtown Los Angeles, the recent Covid-19 surge has caused the postponement or cancellation of multiple events across the country.”

Many comings and goings to take note of during these three days.

On January 7, French composer Francis Poulenc was born in Paris in 1899 and American composer Ulysses Simpson Kay in Tucson in 1917. That date also saw the debut of Marian Anderson at the Metropolitan Opera in the role of Ulrica in Verdi’s Un Ballo in Mascera.

January 8 marked the birth of Italian composer Arcangelo Corelli (1713) and the death of British composer Sir Michael Tippett (1998), as well as the postponement of Oliver Knussen’s Cleveland Pictures (in 2004 — see above).

January 9 is the birthday of American composer John Knowles Paine (1839, in Portland, Maine) and of longtime Metropolitan Opera administrator Rudolph Bing (1902, in Vienna). Bing was famous for his tiffs with singers (he fired Maria Callas in 1968, and joked that he should have named his autobiography Nobody Knows the Traubels I’ve Seen — rather than 5000 Nights at the Opera.

The Piston Symphony won the Pulitzer Prize for 1948, but is rarely performed today. That — along with the postponement of the Grammy Awards — brings up the subject of prizes in general, and the shelf life of musical works after their first performances specifically. Here’s a history of the Pulitzer awards and a list of winners since the musical category was added in 1943. Which composers have been over-recognized during those years and which have been excluded from consideration? How many of the pieces that won awards are still being performed?