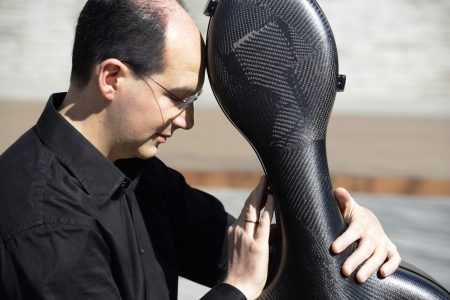 Apollo’s Fire’s trio of outdoor concerts on Sunday and Monday are sold out.

Those online events have been culled from Musical America’s weekly guide to (mostly) free streams, which you can view by clicking the link at the top of our Concert Listings.

There’s a long list of births and departures to memorialize these three days.

Obituaries were datelined May 30, 1971 for French composer and organist Marcel Dupré, and on May 31, 1809 for Austrian composer Franz Joseph Haydn (1809).

And Monday of this weekend was officially declared Memorial Day only in 1971, although commemorations of those who had perished in the U.S. Civil War had been organized within a few months of the cessation of hostilities in 1865. Among the first to hold such a memorial was a group of formerly enslaved people in Charleston, South Carolina. The event, when graves were traditionally adorned with flowers, was known as Decoration Day well into the 20th century.

We’ll suggest below some music that seems particularly appropriate to this weekend’s tributes to those who have died in the course of wars and conflicts too numerous to mention.

Gerald Finzi: A Farewell to Arms. The English composer sets a lyric poem by the 16th century poet George Peele, written for the retirement ceremony in 1590 of Queen Elizabeth I’’s champion knight in which he pledges undying loyalty to his queen. It later served as the title of a novel by Ernest Hemingway. Hear it in a performance by James Gilchrist and the Bournemouth Symphony, directed by David Hill.

Paul Hindemith: When Lilacs Last in the Dooryard Bloom’d: Requiem for Those We Love. This video follows conductor Robert Shaw from his initial meeting with the musicians, through the rehearsal process, to the final performance of Hindemith’s setting of words by Walt Whitman in Carnegie Hall’s Isaac Stern Auditorium.

Benjamin Britten: War Requiem. Composed for the consecration of the new Coventry Cathedral after its destruction in World War II, the work makes sensitive use of the poetry of Wilfrid Owen. Marin Alsop conducts a performance at London’s Southbank Centre commemorating the 100th anniversary of the outbreak of World War I that features hundreds of young performers.

Karl Jenkins: The Armed Man. Composed in 1999 and drawing on the mysterious Renaissance song “L’Homme Armé,” Welsh composer Karl Jenkins’s work is subtitled ‘A Mass for Peace’. Commissioned by the Royal Armouries Museum for the Millennium celebrations, to mark the museum’s move from London to Leeds, the mass was dedicated to victims of the Kosovo crisis. Listen here to a live performance in Sweden.

William Grant Still: In Memoriam —the Colored Soldiers Who Died for Democracy. Written in 1943, the work was first performed by Artur Rodzinski and the New York  Philharmonic on January 5, 1944. Listen here.

Ralph Vaughan Williams: Dona Nobis Pacem. Commissioned to mark the centenary of the Huddersfield Choral Society, the cantata was composed in 1936 when a second World War was brewing. Listen to a performance from December 7, 2012 by the Eastman-Rochester Chorus and the Eastman School of Music Symphony Orchestra, with Michaela Anthony, soprano, Siddharth Dubey, baritone, and Yunn-Shan Ma, conducting.

Edward Elgar: Sospiri (“Sighs”), Op. 70, adagio for string orchestra, harp (or piano), and organ (or harmonium), was written just before the beginning of World War I. The work was performed by BlueWater Chamber Orchestra last week (video still available). Listen to a performance here by Sir John Barbirolli and the New Philharmonia Orchestra.

Gustav Holst: Dirge for Two Veterans. This is the same Whitman text Vaughan Williams set in his Dona Nobis Pacem. The U.S. Army Chorus performs the work on a Naxos Memorial Day Tribute.

Ludwig van Beethoven: Opferlied (Song of Sacrifice), Op. 121b. The composer worked on settings of a text by Friedrich von Matthisson from 1794 to 1825. Two versions are performed here.

This year the majority of the concerts are being held at a single location, the magnificent Grove Amphitheatre in Mayfield. Although the venue has no permanent seating, lawn chairs and blankets are the perfect solution. Picnics are encouraged and the responsible consumption of alcohol is permitted. Think Blossom Music Center on a smaller scale and you’ll get the picture. END_OF_DOCUMENT_TOKEN_TO_BE_REPLACED

The series opener, “Legends,” celebrated the return of in-person concerts with music by Antonín Dvořák, Enrique Granados, Paul Wiancko, and Franz Schubert. The musicians displayed the wide range of expression and color, enchanting communication, and technical brilliance that chamber music can provide. END_OF_DOCUMENT_TOKEN_TO_BE_REPLACED

Music director Franz Welser-Möst set the stage in his introductory video remarks, describing the Berg era as “the ‘Roaring 20s’ aftershock of World War I, a blooming of musical styles never experienced before or since.” END_OF_DOCUMENT_TOKEN_TO_BE_REPLACED

Aside from that, the beautifully curated program primarily features captivating performances of solo works that are presented in a logical progression of sound and temperament. END_OF_DOCUMENT_TOKEN_TO_BE_REPLACED

END_OF_DOCUMENT_TOKEN_TO_BE_REPLACED

Henderson began the evening with his own arrangements of three movements from J.S. Bach’s Suite No. 4 for solo cello. The Prelude features a series of descending patterns interspersed with virtuosic passages, and while these passages effectively highlighted Henderson’s technical skills, he also demonstrated dramatic expertise by playing each descending pattern with different nuances of emotion. The Sarabande, with its poise and stately pace, was juxtaposed beautifully with a lively Bourrée, where notes flurried in quick succession, but Henderson never sacrificed precise articulation for musical momentum.  END_OF_DOCUMENT_TOKEN_TO_BE_REPLACED