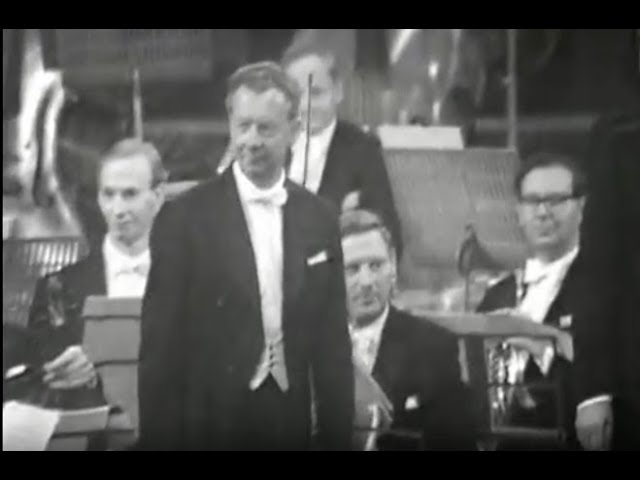 . Other concerts of note

. Remembering the end of the “Great War”

For details of these and many other weekend performances, visit our Concert Listings page.

Never to be forgotten, “The Great War” (to end all wars) ended rather messily with the signing of an armistice at the eleventh hour of the eleventh day of the eleventh month in 1918, having “claimed the lives of 116,000 Americans, through combat, disease and other causes, and killed millions more people around the world.” Read an article in The Washington Post here. The U.S. began marking Veterans Day in 1954, now called Memorial Day.

Never a better opportunity to hear (or re-hear) Benjamin Britten’s War Requiem, built around WW I war poetry by Wilfrid Owen. Britten himself conducted this live television performance in August, 1964. The work was written for the consecration of the new Coventry Cathedral (the old building had been destroyed during German bombing in WW II), and received its first performance on May 30, 1962. Let’s leave it at that.

Supported by engagingly, yet simple staging by Cara Consilvio, a well-prepared cast of singers told the archetypal story of Cinderella with charm and flair. Framing the production was  a sparse but colorful set and wonderful lighting by Dave Brooks. END_OF_DOCUMENT_TOKEN_TO_BE_REPLACED

END_OF_DOCUMENT_TOKEN_TO_BE_REPLACED

The music isn’t easy to play, either. Over the course of two hours, all of the musicians brought fantastic focus to the unrelenting tricky rhythms and countless layers of parts, all of which require a high level of individual responsibility. Even in the moments of calm, the accompaniment remains perpetually unsettled. Adams — who made a sprightly presence on the podium — combines minimalist, repeating motives in gradual layers, which eventually become so dense they overwhelm the senses. Lisa Wong deserves special mention for her thorough preparation of the Cleveland Orchestra Chorus, as does Jennifer Rozsa for the Children’s Chorus, which made a brief but memorable appearance in the last few minutes. END_OF_DOCUMENT_TOKEN_TO_BE_REPLACED