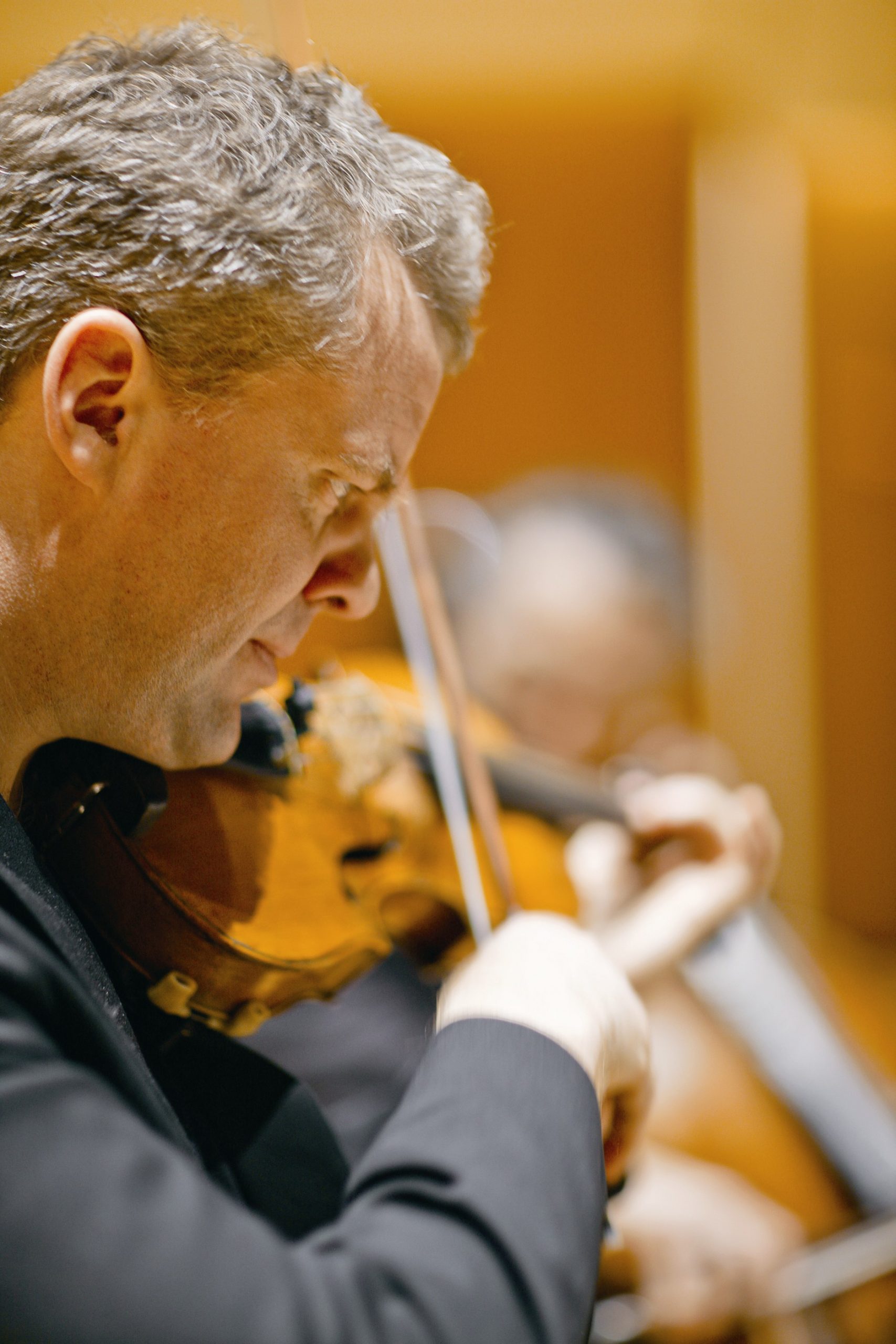 Live music is back in a big way this weekend, beginning with Oberlin’s Opening Festival, “Music, Sports, and the Enduring Influence of Ancient Greece,” the third annual cycle of themed kickoff concerts shepherded by violin professor Sibbi Bernhardsson (pictured) with input from his faculty colleagues. Read an article by Erich Burnett here, and either join the four-concert festival in person or watch online Saturday and Sunday at 1:30 pm and 7:30 pm. In between, the theme is developed in symposia at 4 pm each day as well as in a listening party on Saturday at 10 pm when Conservatory students and Oberlin Athletics varsity team captains share their favorite music playlists from Warner Concert Hall.

Also on Saturday evening, the Stow Symphony plays its fall concert in Tallmadge.

Also on Sunday, the Chagrin Studio Orchestra continues its run of Carousel performances at 2, At 3, you have your choice of the CIM Orchestra at Severance Music Center under new conductor Carlos Kalmar, Cleveland Composers Guild at First Baptist, the CWRU Symphonic Winds at the Maltz PAC, MusiCLE’s Porchester Concert at the Cozad-Bates House, or the Akropolis Reed Quintet from the University of Michigan in Guzzetta Hall at Akron U.

But there’s more: on Sunday at 4, the Cavani Quartet continues its Beyond Beethoven cycle at the Music Settlement, and organist-composer Mark Thewes performs at First Church in Painesville. At 7:30, the Canton Symphony breaks its long silence with a concert of music by Ibert, Stravinsky, Haydn, and Margarer Brouwer’s The Art of Sailing at Dawn.

See our Concert Listings for details and links to live streams.

In last weekend’s Diary, we linked to a Van Magazine article about a recent attempt to complete Beethoven’s Tenth Symphony using AI. A followup review by Jan Swafford considers the success of the undertaking.

In the end, what were the creators of the AI Tenth Symphony actually trying to do? Did they want to create a piece that would be added to the Beethoven repertoire, played by orchestras everywhere? I hope that they weren’t attempting something that futile. Were they more modestly trying, like the creators of Watson and Deep Blue, to demonstrate the potential of computers to think faster and more pointedly than humans in mimicking human endeavors? If so, I’ll concede that they more or less succeeded: After an impressive feat of programming by its human proprietors, AI produced something that sounds unquestionably like a piece of music, only a gangly and forgettable one.

Earlier this week, the Michigan Daily reported that University of Michigan composition professor Bright Sheng had been removed from teaching an undergraduate class following the screening in a composition seminar of the 1965 version of Shakespeare’s Othello where actor Laurence Olivier appeared in blackface. Read the article here.

Meet, if you haven’t already, two composers with Cleveland connections who were born on October 9 in 1869 and 1922 respectively.

Hearing a performance of Tannhäuser at the age of 18 inspired Cleveland-born Henry Lawrence Freeman to compose opera, and by his death in 1954, he had written scores for at least 23 titles, 21 of which are preserved in manuscript at Columbia University. He also founded two opera companies — one at the age of 22 in Denver that bore his name, and the Negro Grand Opera in 1920 in New York. The Martyr — the first opera to be produced by an all-black company, was staged in Chicago in 1893 and in Cleveland in 1894.

Raymond Wilding-White, born in Surrey in England, followed a circuitous career path that took him to France, Argentina, the Juilliard School, the New England Conservatory, then to Cleveland in 1962 to occupy the Kulas Chair at CWRU and to become one of the city’s foremost exponents of avant-garde music. He won the Cleveland Arts Prize for Music in 1967, when Dennis Dooley wrote:

He stunned and stretched local ears (and minds) with adventurous compositions of his own such as Paraphernalia—a Regalia of Madrigalia from Ezra Pound (recorded by CRI in the fall of 1963 with a chorus drawn mostly from the choir of the First United Church of Shaker Heights, directed by Robert Shaw) and the 13-movement Monte Carlo Suite No. 1 for String Quartet (premiered the same year by the Koch Quartet). Among other avant-garde works composed by Wilding-White that were performed and recorded during those years: settings of four songs by William Blake and three poems by A. E. Housman as well as playful piano pieces for young players intriguingly titled Cartoon and Character Sketches.

By the time of his death in 2001 at the age of 78, Wilding-White’s catalogue of more than 200 compositions comprised chamber music (including seven string quartets), dozens of songs and choral works, concertos, three symphonies (and another for swing band), an opera for television (The Selfish Giant), stage works, arrangements for jazz vocal groups, and oratorios—all of them full of a sense of exploration. One of the most ambitious is De Profundis, a meditation for orchestra and multiple vocal groups on “the Eight Virtues and Seven Vices as Seen by Peter Breughel.” Taking its title from the ancient Latin hymn sung at funerals that begins, “Out of the depths, I cry to thee, O Lord,” it juxtaposes texts from such disparate sources as the medieval play Everyman and a 1960 book written for the Rand Corporation by military strategist Herman Kahn with the chilling title, On Thermonuclear War.

Alas, the only recordings readily available seem to be his choral arrangements of Aaron Copland’s Old American Songs. Wouldn’t it be interesting to hear a performance of De Profundis?

The Cleveland Orchestra’s second performance of the new season on Sunday afternoon, October 17 at the newly renamed Mandel Hall at Severance Music Center was just such an occasion. If the ensemble’s return to public concerts under the baton of Franz Welser-Möst wasn’t enough reason to light a bonfire, the Cleveland debut of a new work written for one of the Orchestra’s most popular soloists, and the swan song of one of its longest-serving members added extra fuel to the celebration. END_OF_DOCUMENT_TOKEN_TO_BE_REPLACED

Cleverly, CityMusic’s latest concert led listeners through these changes one step at a time. “Musical Matrix” took transformation as its theme, and each piece on the October 2 program at the Maltz Performing Arts Center (the second of two performances) put its spin on the subject. END_OF_DOCUMENT_TOKEN_TO_BE_REPLACED