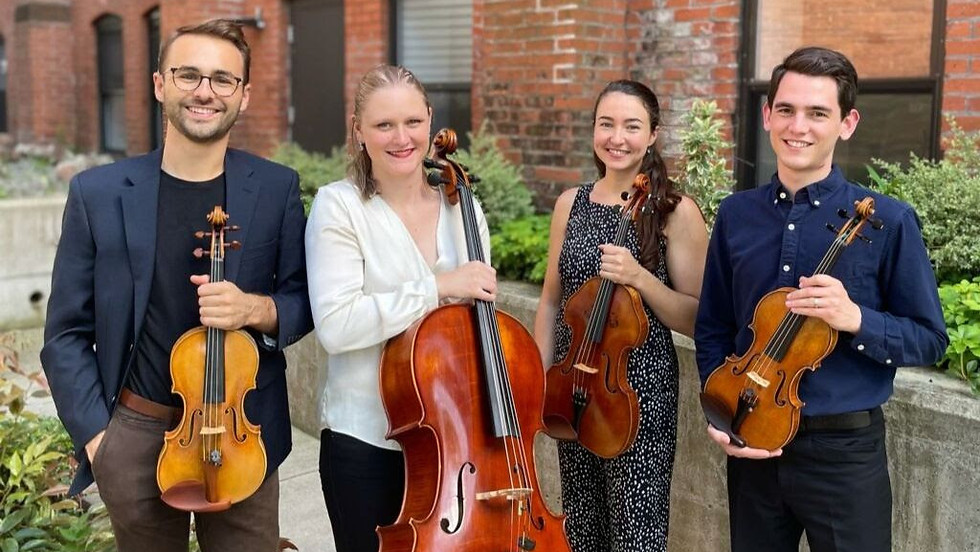 Ohio Light Opera continues on Friday July 15 at 2:00 pm with Pirates of Penzance and at 7:30 pm with Cinderella. On Saturday July 16 at 2:00 pm The Student Prince takes the stage and that evening at 7:30 pm you can catch Hello, Dolly! The weekend concludes on Sunday July 17 at 2:00 pm with The Mock Marriage. All performances are at Freedlander Theatre in Wooster. Purchase tickets here.

There are two McGaffin Carillon Concerts and Live Stream performances. On  Friday, July 15 at 12:15 pm George Leggiero plays a program of recently composed music for the carillon, preceded at noon by a performance of Cory Arcangel’s Hail Mary, commissioned by FRONT: Cleveland Triennial for Contemporary Art, to celebrate the opening of FRONT International 2022. by. McGaffin Tower, 11205 Euclid Ave.

And on Saturday July 16 at 12:15 pm, carillonneurs George Leggiero, David Osburn, and Sheryl Modlin will play simultaneous performances of Arcangel’s new work (see above).The piece will peal forth from The McGaffin Carillon in University Circle, and from the bell towers of St. Paul’s Episcopal Church and the Church of the Saviour in Cleveland Hts. Free. Click here for live stream.

More concerts can be found on the Clevelandclassical.com Concert Listings page.

Ohio Light Opera has a few announcements to share about Fantasticks ticket availability and changes to its July 20-23 Lagniappe week.

Cleveland Jazz Orchestra has announced its 2022-2023 concert series. “Hometown Heroes and More” will feature Cleveland-born clarinetist and tenor saxophonist Ken Peplowski in November, flutist Holly Hoffman in December, their seventh collaboration with the Musical Theater Project in January, a Celebration of Gospel in March, and saxophonist, clarinetist, and composer Joe Lovano in May. Details here.

Cuyahoga Arts and Culture has announced grants totalling $434,484 in funding for 132 Projects in Cleveland and East Cleveland Neighborhoods. Read the release here.

July 15, 1946 saw the birth of American singer Linda Ronstadt in Tucson, Arizona. She began her prolific career as a member of The Stone Poneys — Click here to listen to their 1967 hit Different Drum. Never content to be boxed into a single genre, Ronsdadt would later star as Mable in Gilbert and Sullivan’s The Pirates of Penzance, first with the New York Shakespeare Company, and later on Broadway and in the 1983 film version — listen to Poor Wandering One here. That song is a high point in Ohio Light Opera’s production of Pirates, now playing in rotation at  Freedlander Theater in Wooster. Read Daniel Hathaway’s review of Sadie Spivey’s show-stopping performance here.

On July 16, 1959 Scottish composer James MacMillan was born in Kilwinning, Ayrshire. I ClevelandClassical.com interviewed Chanticleer’s music director Tim Keeler for a preview of their performance on the Tuesday Musical series in Akron on July 27, 2021, and one of the works highlighted was MacMillan’s O Radiant Dawn. It figures importantly in Chanticleer’s program titled “Awakenings” that celebrates the re-emergence of vocal music as the pandemic loosens its grip on the choral world. “It’s a prayer to beckon the new day, a prayer for light to shine in darkness.” Listen here to the brief but moving piece as performed by Britain’s Apollo 5 at the VOCES8 Foundation in London, the former St. Anne & St. Agnes Church near St. Paul’s Cathedral that was designed by Christopher Wren. And remember the late Timothy Robson, who reviewed Chanticleer’s 2021 Akron concert here for ClevelandClassical.com.

And on July 17, 1935, American composer Peter Schickele was born in Ames, Iowa. Schickele’s alter ego was the ill-fated composer P.D.Q. Bach (1807–1742?, the 21st of Johann Sebastian Bach’s 20 children, and his only-forgotten son). Here’s a performance of P.D.Q.’s Erotica Variations at the Cleveland Institute of Music in 2008 featuring Eric Charnofsky playing a variety of “banned instruments” with pianist Zahari Metchkov.

Franz Schmidt’s Symphony No. 4 showcased the ensemble, under guest conductor Jonathan Berman, in the standard conventions of a not-so-standard piece. But at the start of the program, the musicians were equal partners to pianist Cédric Tiberghien, whose playing could be as bold as the full orchestra or as intimate as any instrumental solo. END_OF_DOCUMENT_TOKEN_TO_BE_REPLACED

END_OF_DOCUMENT_TOKEN_TO_BE_REPLACED

Jackson began the program with a recitation of Langston Hughes’ poem “Helen Keller” — the first of five poems by Hughes that served as interludes between each piece on the first half. END_OF_DOCUMENT_TOKEN_TO_BE_REPLACED

Pianos with pins and tape on strings, a bass drum and tam tam, crotales, Almglocken, and vibes. Microphones were hooked up all around the instruments. The feed was sent to speakers around the room. Lighting designer Nicholas Houfek hung incandescent globes over the arrangement of instruments from thin black wires stretching across the beams. END_OF_DOCUMENT_TOKEN_TO_BE_REPLACED

From the podium, Elim Chan set an ambitious tone for the evening. The rising star conductor, here in her Cleveland Orchestra debut, has a commanding style, and every twist and turn in Saturday’s performance tracked closely with her baton. END_OF_DOCUMENT_TOKEN_TO_BE_REPLACED