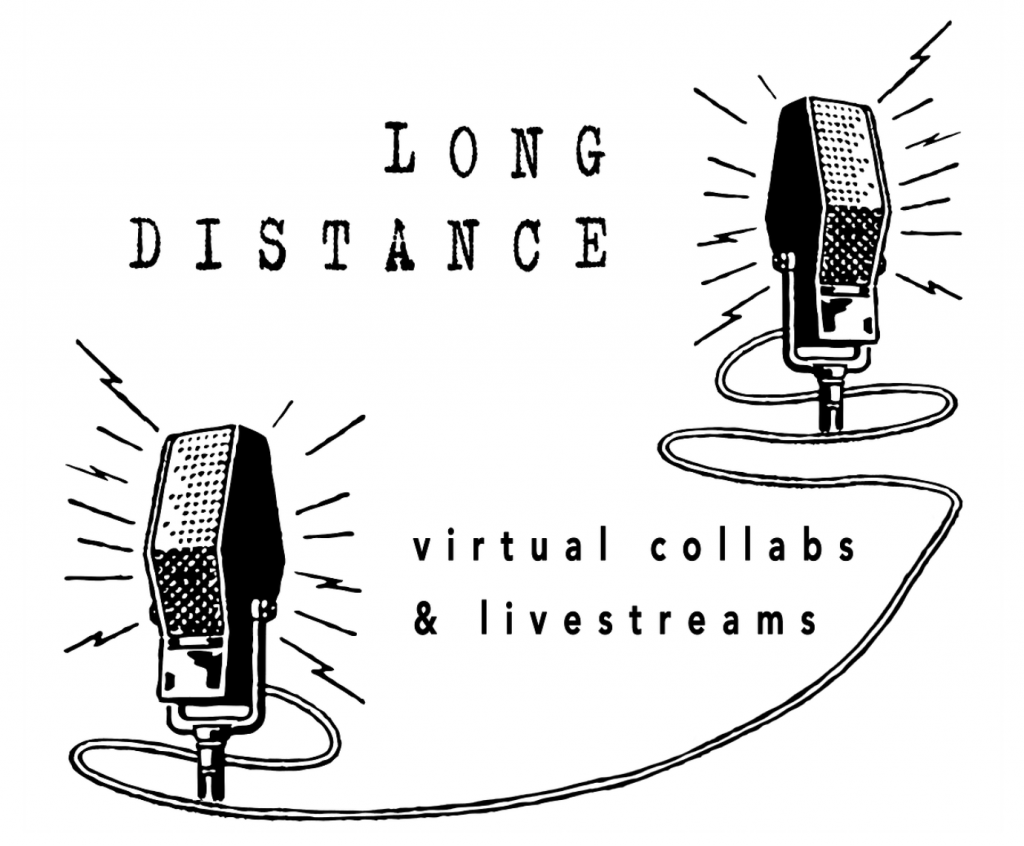 Some of those producers and contributors are based in Northeast Ohio, while others live around the U.S. — and even in Northern Ireland. “There is such a big community of musicians who work with technology,” fp Creative artistic director and oboist Devin Hinzo said during a recent telephone conversation. “It’s always really nice to meet new people through this.” 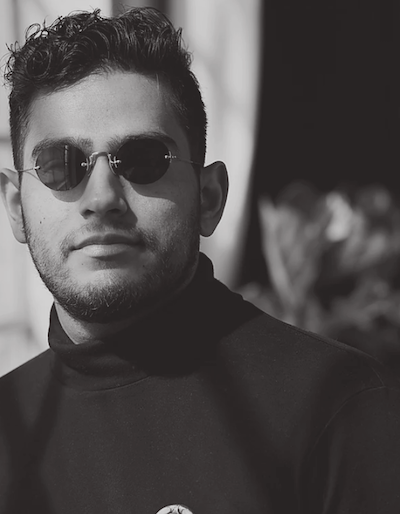 Hinzo noted that experimenting with technology is a divergence from the traditional path for classical musicians.

“When I first started getting into electronics, I was beating myself up — like, I’m a failure, and this is not what I’m supposed to do,” he said. “But I like working with sound in general. The oboe has such a rich sound — I think that got me thinking about the possibilities of everyday sounds. And technology was the tool that helped me translate all that.”

In the end, no contributors to the collabs project were turned away. “Something important to me and to fp Creative is access, and finding ways to get everybody involved,” Hinzo said.

As the organization grows, he realizes they’ll have to make difficult decisions in that area. “We’re already talking about how to pick people, how to select projects, how to say, ‘Not now’ to certain people, and how to create a space for people we can’t necessarily support at that time. Those are things that are really important to us, and we try to approach it head on and with intent.”

This first release of collabs was a bit like a pilot episode for the series. In part due to a quick turnaround, Hinzo said that the level of collaboration wasn’t as intense as originally planned — it became more about reimagining the samples than creating a back-and-forth partnership between composers and contributors.

Discussions are underway about how to create that type of project. “I don’t want to give too much away, but we want to set up some performer-composer opportunities — composers from Cleveland working with musicians from anywhere,” Hinzo said.

The other half of fp Creative’s Long Distance programming is its weekly Live series, which began on April 30 and continues on Thursday, May 7 at 8:00 pm. So far, the concerts have been structured in multiple sets from performers representing a variety of genres. 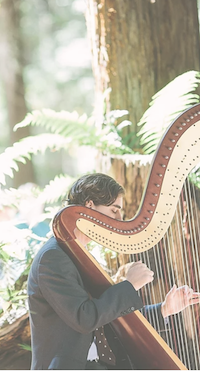 The series, which streams live over Twitch, is the brainchild of harpist Stephan Haluska, who is also fp Creative’s content creator. One benefit of Twitch, Hinzo noted, is the ability to have sound checks with the different performers connecting in from far and wide.

Another benefit is the interactive chat. “We were actually having a lot of fun with that in our first concert,” Hinzo said. “As we go on, we want to use that as a tool to engage with people.”

Perhaps composers whose music is on the program could stop by the chat? “Having the composer there, having family members there — it creates a connection that’s really interesting, I think.” (A free Twitch account is required to participate in the chat.)

Variety is important to fp Creative’s programs. That variety can include presenting multiple genres — classical, contemporary, early music, and bold presentations of performance art — sometimes on a single program. “Strong performance, no matter what is being presented in front of you, is a moving experience,” Hinzo said.

He also likes to program a mix of established and emerging performers from around the world. “We wanted to create a dynamic where locals from Cleveland will be sharing a bill with someone from Peru or New York or Philadelphia,” Hinzo said. “It takes a lot of time to figure that out, but we have a really exciting schedule ahead.” 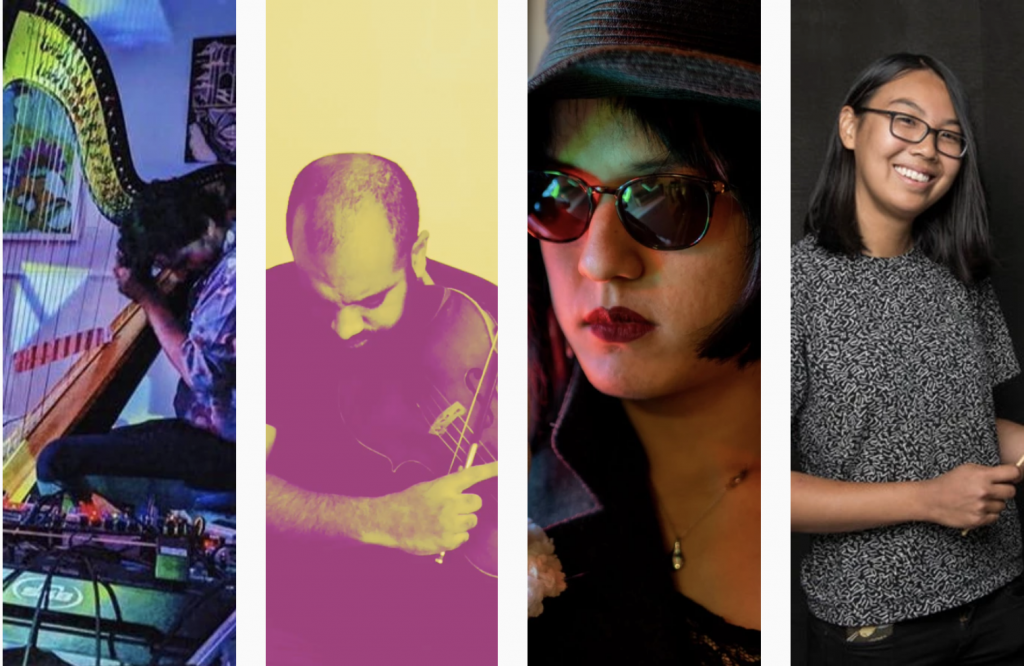 On what will be his birthday, Haluska will improvise on an aeolian-fan prepared harp, while New will perform live electronics and improvise on viola. “His style beautifully blends technology, classical music, and improvisation,” Hinzo said of the violist. “He’s sort of the quintessential 21st-century classical musician — he embraces all kinds of ideas and styles, and makes his art his own.”

(In a strange bit of happenstance, Hinzo met New when they were both cast as extras for the television drama Blue Bloods, which had put out a call for an international crew of classical musicians.)

Among the musical tools Madam Data uses are synthesizers, handmade computer programs and circuits, field recordings, and clarinets — and intriguingly, the musician and composer also identifies themself in their bio as a “sound scientist who explores machine and spirit interfaces.”

Hinzo met Tsang when they studied together at the Mannes School of Music in New York. “Really early on, when we were just freshmen or sophomores, she brought in a John Cage piece with amplified cacti and played it for one of our theory classes — and I was like, Jess and I are going to be good friends.” 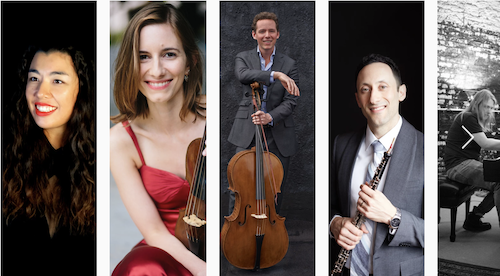 The previous concert featured soprano Naomi Columna, the violin-cello duo of Chloe Fedor and Keiran Campbell, oboist Frank Rosenwein, and pianist Karl Larson. Those performances can still be viewed on Twitch, though the platform deletes videos after fourteen days.

Because technology can easily go wrong, Hinzo admitted to being more nervous about that first concert than a normal one. “But everything was smooth,” he said. “We had a few sound problems, but Stephan fixed them pretty quickly.”

With these different types of virtual programming, whether collabs or live performances, Hinzo recognizes that there is an opportunity to reach audiences outside of Cleveland and show them what this city has to offer musically.

“There’s a lot of talent, and that’s what kept me here — I don’t have to live in New York and be claustrophobic.” He’s aware that from the outside, the cities in the Midwest are often lumped together in a not so desirable way. “We want to expose people to Cleveland and what we’re doing here in the musical arts.”

Published on ClevelandClassical.com May 5, 2020.

END_OF_DOCUMENT_TOKEN_TO_BE_REPLACED

Franz Welser-Möst led the final bows on Saturday night at Severance, like the star of any show should. The Cleveland Orchestra’s music director is in his element presiding over the ensemble’s annual opera production, which this season packs the drama. Verdi’s Otello — in a concert staging that opened May 21 and runs for two more performances (May 26 and 29) — demands big voices, instrumental forces to match, and a conductor who can give it all shape and direction. END_OF_DOCUMENT_TOKEN_TO_BE_REPLACED

The cimbalom was the feature of the show, an instrument capable of taking on many personas. Its performer, Chester Englander, has shaped his career around the instrument, and has inspired composers to write more repertoire for it, some of which was presented on the program. END_OF_DOCUMENT_TOKEN_TO_BE_REPLACED