It’s amazing to watch her transition right from those segments into a state of total immersion in the music. You can see the transformation happen in her face, and you can hear in her playing that she has immediately transported herself, and us, to another place.

That holds true across the entire spectrum of emotions present in her program. She mesmerizes with her easygoing feel of bossa nova in Luis Bonfá’s Manhã de Carnaval. And her sense of emotional tenderness shines out beautifully in the more melancholy pieces (like Leo Brouwer’s stunning Un Dia de Noviembre) as well as the more peaceful ones (Richard Charlton’s The Black Cockatoo Flying Alone).

But what Jones especially brings to the table is a rare sense of verve. That comes through first in the world premiere of Kevin Callahan’s The Whiskey Tales, a piece that’s notable for its unique and tasteful mix of blues, jazz, rock, and classical. Particularly in the third movement — a portrait of the Corryvreckan whirlpool off the West coast of mainland Scotland — Jones grabs your attention with intense staccato strumming and an exhilarating rise and fall of dynamics. 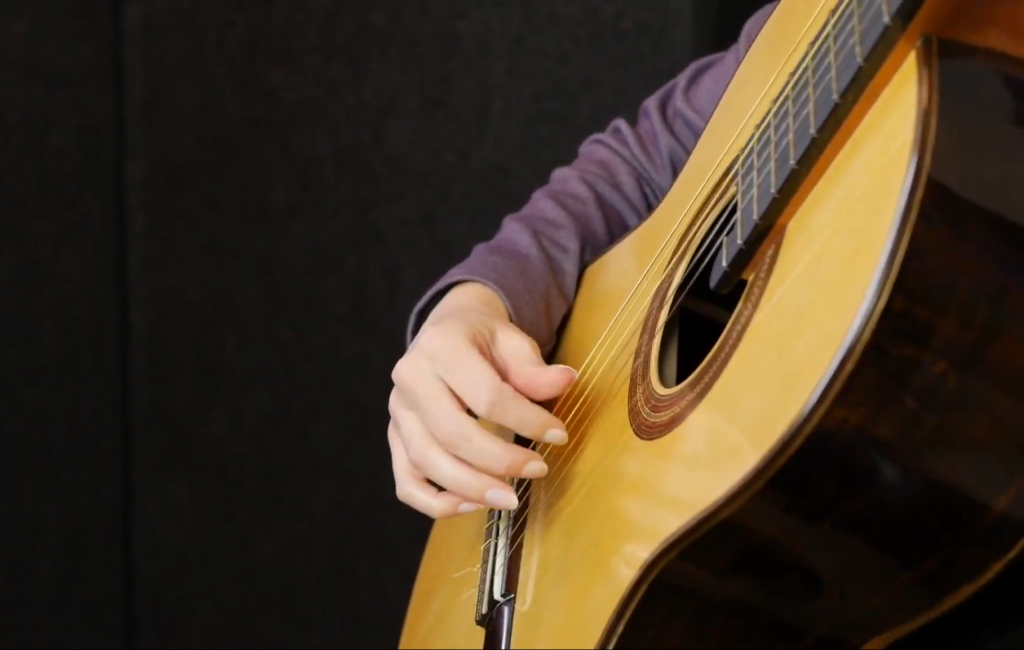 Two of the brightest highlights come from Argentina and Brazil: Quique Sinesi’s Cielo Abierto and Antônio Carlos Jobim’s A Felicidade. Jones revels in the grooving rhythms, the bits of fascinating harmony, and the percussive qualities of the Sinesi. And in the Jobim, we find her totally unleashed, relishing all of the kicks of spice in this adventurous arrangement by Roland Dyens. The performance gives off a beautiful feeling that’s not at all common: when performer and music seem to merge into one.

The opening work, Francisco Tárrega’s Recuerdos de la Alhambra, is known for challenging performers with its constant tremolo. Jones handles it well with her agile digits, but here, and in brief moments of fingerwork during Astor Piazzolla’s Invierno Porteño, there’s a slight straining in the sound, which otherwise rings out beautifully.

The Guitar Society’s pre-recorded concerts this season have not only been beautifully performed and produced, but they’ve all wrapped up in under an hour. At that perfect length, the audience is game to stick around a few more minutes to take in some nice behind-the-scenes, bonus material.

Here, Jones talks with the Society’s student guitarists about creating videos (sound quality is the most important thing no matter how amazing the camerawork, she emphasizes) and how she lines up content for her popular social media channels (often through a single recording session, though she can add pop arrangements into the mix fairly quickly). The final image of the video is a student showing off an impressive drawing of Jones — with a special focus, of course, on that head of hair. 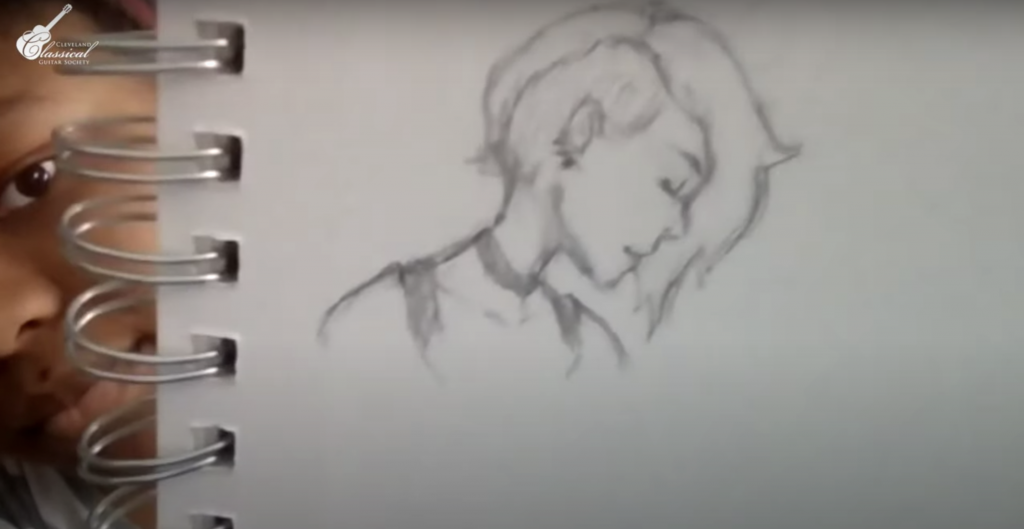 Supported by engagingly, yet simple staging by Cara Consilvio, a well-prepared cast of singers told the archetypal story of Cinderella with charm and flair. Framing the production was  a sparse but colorful set and wonderful lighting by Dave Brooks. END_OF_DOCUMENT_TOKEN_TO_BE_REPLACED

END_OF_DOCUMENT_TOKEN_TO_BE_REPLACED

The music isn’t easy to play, either. Over the course of two hours, all of the musicians brought fantastic focus to the unrelenting tricky rhythms and countless layers of parts, all of which require a high level of individual responsibility. Even in the moments of calm, the accompaniment remains perpetually unsettled. Adams — who made a sprightly presence on the podium — combines minimalist, repeating motives in gradual layers, which eventually become so dense they overwhelm the senses. Lisa Wong deserves special mention for her thorough preparation of the Cleveland Orchestra Chorus, as does Jennifer Rozsa for the Children’s Chorus, which made a brief but memorable appearance in the last few minutes. END_OF_DOCUMENT_TOKEN_TO_BE_REPLACED