LD’s artistic director Debra Nagy introduces the hour-long program with a discourse on the importance of the garden and its centerpiece, the fountain, for artists and musicians of the 14th century. Later in the program, Blue Heron artistic director Scott Metcalfe expands on the subject by exploring the Trinitarian metaphor behind that bubbling source of water in the Medieval mind. 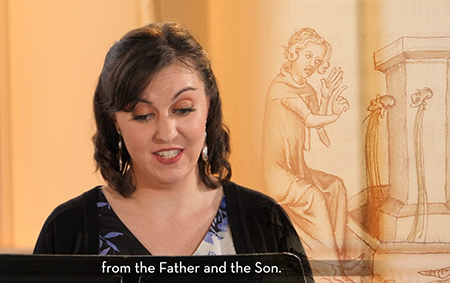 It takes only eight musical selections to fill the hour. Machaut’s title work, one of nineteen lais he wrote, takes up a good portion of the program, its twelve strophes alternating monophony with three-voice canons.

On the way back, the musicians give us the anonymous Bel fiore dança from the Faenza Codex with additions by Nagy, Ciconia’s Sus une fonteyne, and Pykini’s Playsance or tost, redolent with the sounds of birds. 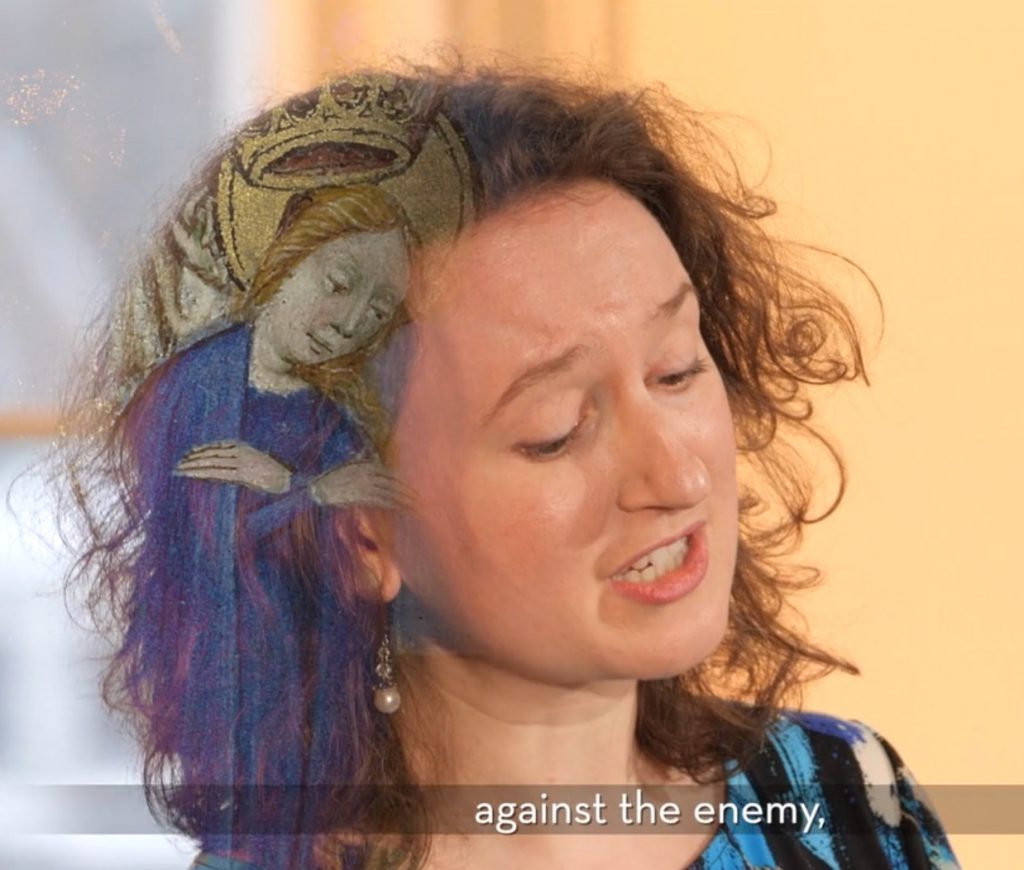 The cast is small but mighty. Nagy plays Medieval winds, joins the clear and expressive vocalists Kim Leeds and Elena Mullins for the texted pieces, and along with Scott Metcalfe, takes up the harp to support master vielle player Allison Monroe (Metcalfe also wields a mean bow at times).

But what makes the video special, beyond the wonderful performances, are the projections and video art designed by Camilla Tassi. Machaut and his colleagues inspired some engaging iconography, and Tassi has found intriguing ways to shine images on the walls of Herr Chapel at Plymouth Church, where the program was filmed, and even to superimpose them on the faces of performers.

Here’s hoping that Les Délices will make this video available for purchase beyond its expiration date. Lovers of Medieval music will certainly want to own and cherish it.

END_OF_DOCUMENT_TOKEN_TO_BE_REPLACED

The strings-only work by Berg has made relatively frequent appearances on the Orchestra’s programs. In 2021, the musicians recorded it for the In Focus series, and it appeared again on last year’s European tour. Friday’s rendition maintained the group’s characteristic light and effortless playing, each section blending as much as possible to echo the work’s original form as a string quartet. At fifteen minutes total, the piece is quite short, but the dense encoded musical meanings require some extra-attentive listening. Splitting up the three movements ensured that each one could be appreciated on its own. END_OF_DOCUMENT_TOKEN_TO_BE_REPLACED