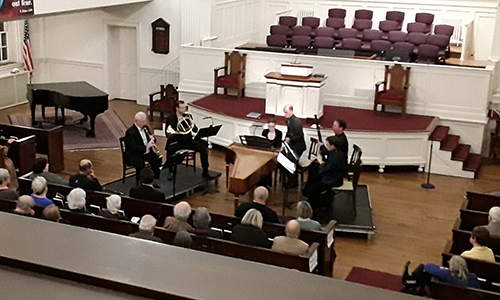 There’s a big difference between the sound of period wind instruments and their modern equivalents — as dissimilar as the sound of the early fortepiano and the modern concert grand. Since Mozart’s and Beethoven’s time, wind players have enjoyed frequent and often radical updates to their instruments, most often to improve intonation and reliability through the addition of keys.

Depending on your tastes, period winds can sound charming and colorful or archaic and undeveloped. The Quintets were written with specific virtuosi in mind, and though we will never hear those players, Nagy, Lawson, Verschuren, and Williams surely equalled if not surpassed their capabilities. They’ve devoted much time and energy to perfecting the imperfect, and their playing is as flawless, sophisticated, and nuanced as their instruments will allow.

The original keyboard players were the composers themselves. Channelling Mozart and Beethoven, Sylvia Berry handled the fortepiano parts with elegance and style. The instrument’s sound decays so quickly that its can sound plunky, and long, lyrical phrases can be a challenge for the player, but she made virtues out of its limitations.

In the Mozart, the piano was frequently overpowered by the winds. Balances fared better in the Beethoven quintet, where the composer writes more robustly for the keyboard and allows the winds and piano more opportunities for dialogue rather than playing at the same time. Blend and ensemble among the winds were commendable in both works, and Williams’ horn calls were festive.

Sylvia Berry gave the wind players’ chops a bit of a respite between quintets with the Beethoven variations — another piece like the “Diabelli” that shows the composer’s prowess at making quite a lot out of some thin material. Her splendid playing took her up and down the keyboard in lightning-fast scales and passagework, and her thrilling full-voiced chords allowed the fortepiano to assert itself as a real solo instrument. 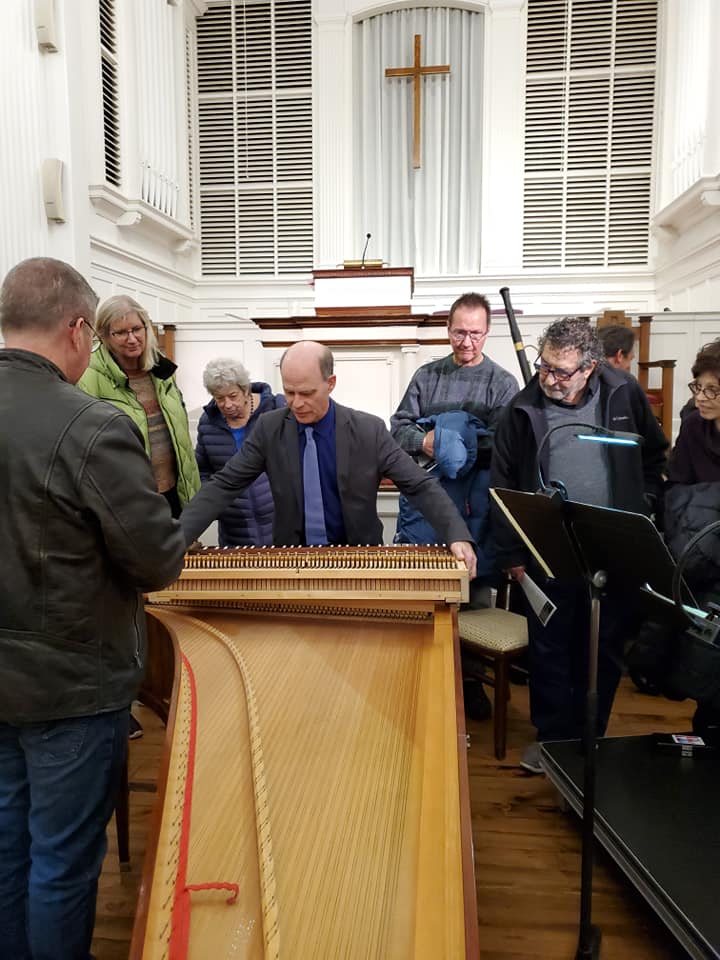 After an enthusiastic ovation, Berry’s husband and fortepiano wrangler Dale Munschy gave an introduction to the instrument for which a number of interested audience members stuck around.

(Note to the curious: if you’re wondering what WoO means, it refers to the many works Beethoven decided not to distinguish with an Opus Number, or that survive only as fragments. WoO is short for “Werke ohne Opuszahl,” or “Work without Opus Number,” each of which have their own numbers thanks to a catalogue published in 1955 by Georg Kinsky and Hans Halm. There are even more pieces that Kinsky and Halm missed, and Willy Hess numbered those later in the ‘50s. (Don’t even ask about Biamonti numbers!)

Jackson began the program with a recitation of Langston Hughes’ poem “Helen Keller” — the first of five poems by Hughes that served as interludes between each piece on the first half. END_OF_DOCUMENT_TOKEN_TO_BE_REPLACED

Pianos with pins and tape on strings, a bass drum and tam tam, crotales, Almglocken, and vibes. Microphones were hooked up all around the instruments. The feed was sent to speakers around the room. Lighting designer Nicholas Houfek hung incandescent globes over the arrangement of instruments from thin black wires stretching across the beams. END_OF_DOCUMENT_TOKEN_TO_BE_REPLACED

From the podium, Elim Chan set an ambitious tone for the evening. The rising star conductor, here in her Cleveland Orchestra debut, has a commanding style, and every twist and turn in Saturday’s performance tracked closely with her baton. END_OF_DOCUMENT_TOKEN_TO_BE_REPLACED